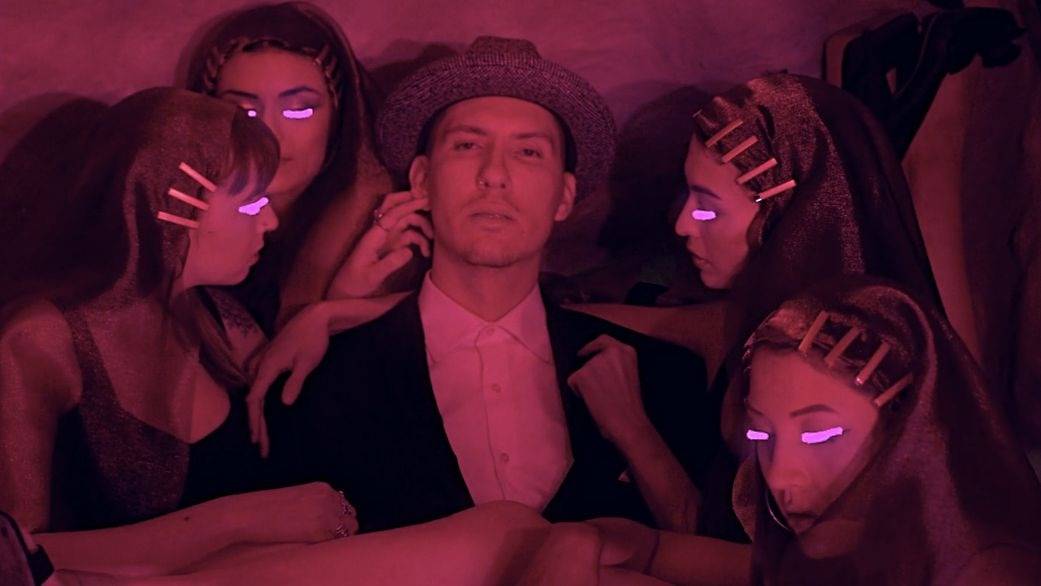 Andrew “Wake Self” Martinez passed away in Santa Fe, New Mexico on November 5, 2019 after being struck by a drunk driver. In a cruel twist of fate, the illustrious Albuquerque MC/activist had recently finished his new album Ready To Live when his own life was unfairly cut short at just 30 years old.

As the New Mexico community mourned Wake’s passing, his friends, family and fellow 505 artists knew there was still business to be done in order to keep his legacy alive. First up was getting Ready To Live out into the world, which they accomplished in January. Next, they had to release the last few videos Wake filmed before his untimely death.

On Friday (November 13), director Noor-un-nisa Touchon unveiled Wake’s video for “Holy Water,” one of the first songs he recorded for the album and another shining example of Wake’s consistently evolving talent.

“Andy was my partner of almost four years,” Touchon tells HipHopDX. “During that time, we collaborated on a lot of small projects, so when this project came about it wasn’t anything new for us. He was always supportive of my video work and always pushed me to go harder.

‘Holy Water’ is not just a music video for me, it’s a time and place in our relationship. It’s a stream of conversations and ideas that we exchanged. The project is made up of memories, struggles and experiences that we shared. I hold this film, along with the other works I produced with him, very close to my heart.”

The cinematic visual begins with Wake, dressed in a suit and fedora, standing on the side of a deserted desert highway when fellow Burque Hip Hop artist DJ Stigmata pulls up in a slick red Cadillac and from there, the duo flies off into another dimension.

“The idea of ‘Holy Water’ came to me when I was sitting in Stigmata’s car,” Touchon explains. “I was filming a video of Andy performing with his friend, Charlitoz. The first image that came to mind was Andy, dressed in a suit and a briefcase, standing in the middle of the desert, and Jet’s car zapping into existence, casually picking him up as if they had some sort of appointment, and then zapping out of existence.

“The whole idea of inter-dimensional travel came about. I was thinking about the duality of traveling across time and space, being parallel to traveling within ourselves. ‘Micro and Macro.’ Each place he visits represents a place within himself. The characters serve as metaphors for his inner guidance, (Stigmata), human/animalistic desires, his own demons, and his higher self. In the story, he sinks into the deepest darkest place in himself, where his inner demons lie which lead him to enlightenment and transform into his light body.”

Assistant Director Alfredo Quiroz and co-producer/Director of Photography Nathanial Fuentes were grateful they had the chance to work with Wake.

“The production of ‘Holy Water’ was truly a beautiful one with the crew and cast being passionate and enthusiastic to collaborate and create the vision to portray the imagery for this song,” Fuentes says, while Quiroz adds, “I was blessed and fortunate enough to hang around and perform with Wake Self and Dj Stigmata before the filming of ‘Holy Water’ so I got to know and share the space with their vibrations beforehand.”

“Holy Water” is one of 10 tracks on the Ready To Live album. So far, two other posthumous video — “No Vacancy” and “FTP” — have been released, but there’s still more to come.

“It was hard for me to finish this after he passed,” Touchon admits. “This film is in a way, one of the pieces I have left of him. We shot another project that I directed for “Love Myself,” which will be released next year. Even now after his passing, he continues to share his wisdom with us, perhaps more than we’ll ever know.”