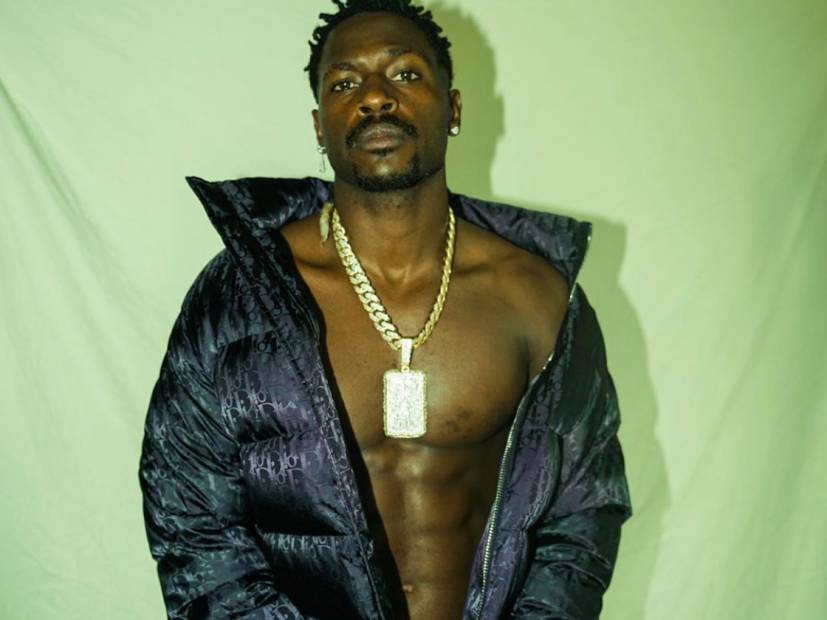 Seven-time Pro Bowl wide receiver Antonio Brown was released by the New England Patriots in September amid allegations of sexual and personal misconduct. As he waits to see where his future in professional football will go, Brown has been keeping busy with his free time by trying his hand at a possible rap career. On Monday (January 6), the NFL free agent took his first steps into the music industry by unleashing the video to his debut single “Whole Lotta Money.”

As the title of the song suggests, Brown has a surplus of money — regardless if he’s playing football or not. He shows that in the black-and-white video where his money is being worshipped and thrown around a luxurious mansion. Brown can be seen draped in a fur coat and sunglasses while accompanied by several bikini-clad women in ski masks who join him in the fun.

With lines like “Word around town I’m the MVP/ I’m the who the young boy watch, yeah, they envy me/ They watching on my clocks, yeah, they jockin’ me,” Brown is as cocky as ever making it known that his critics can’t tell him a thing.

Brown first teased he’s flirting with a music career in December with various tweets showing him in the studio and mentioning his new album would be coming soon.

The pain in my eyes pic.twitter.com/KNc8GXh41B

There’s no word yet on a release date but Brown has been tweeting out that he’ll be telling his own story on these songs. Brown also revealed the tentative title to the project which will be called No White Women 2020.

The album is coming this ❄️ just wait on it pic.twitter.com/Itkzn7yTG9