Apostle Chris Omashola has alleged that fans of controversial singer, Naira Marley, who refer to themselves as Marlians, are after his life.

According to Omashola, since he revealed his 2020 prophecy, he has gotten death threat messages sent to him via text or on the different social media platforms by Marlians.

The clergyman said as part of his 2020 prophecies, God told him that Naira Marley is a Demon and is also Satanic. He claims to have received so many threats since his prophecy became public.

Omashola has shared screenshots of some of the death messages he reportedly received since sharing his prophecies. 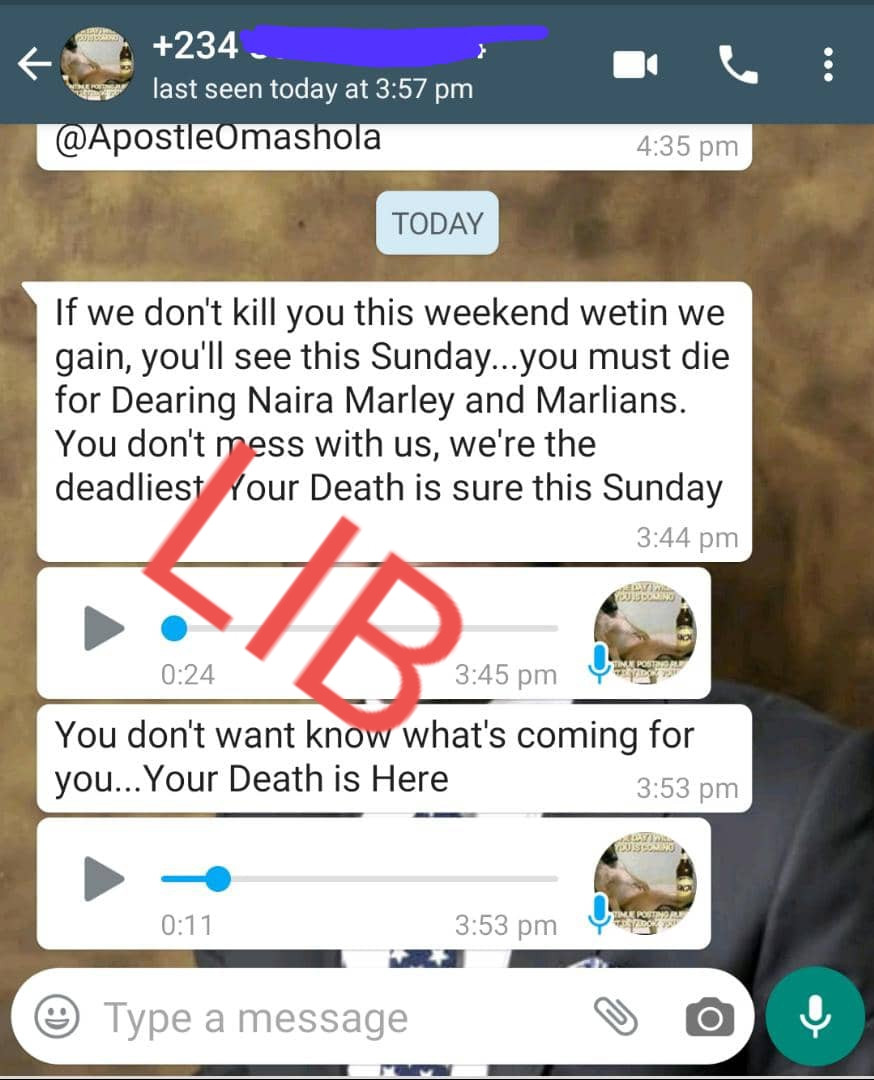 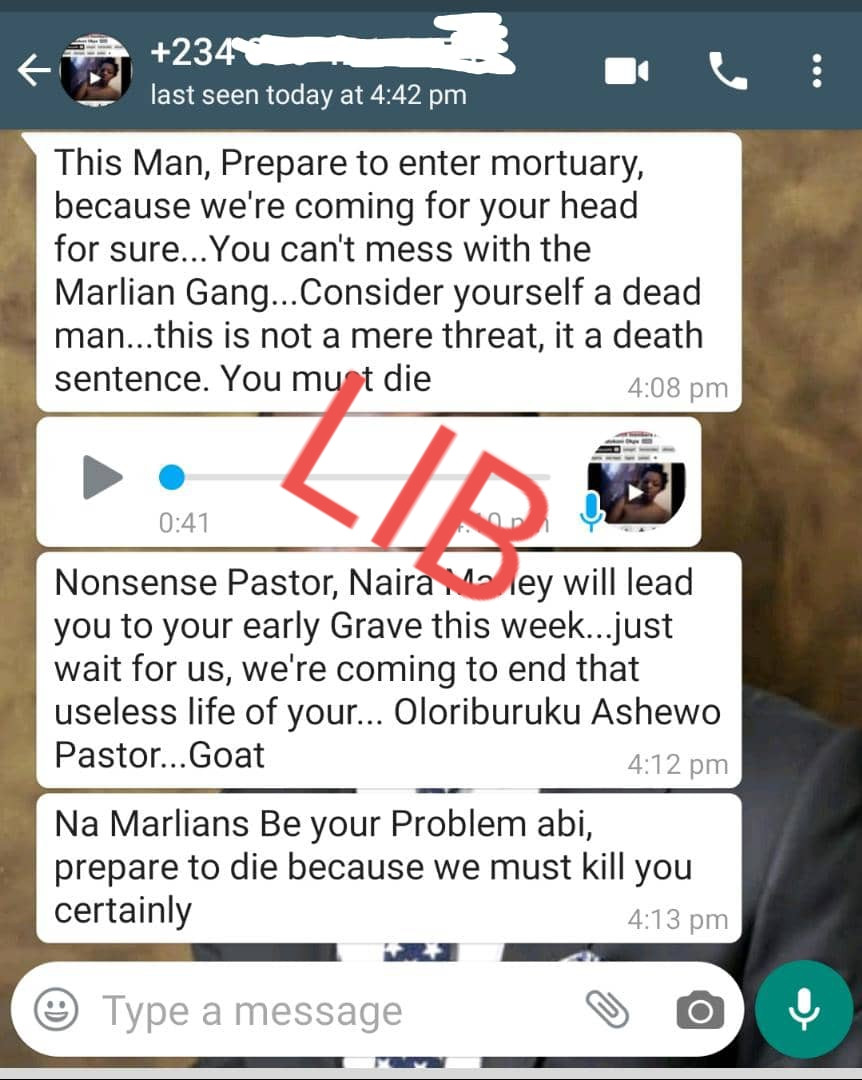 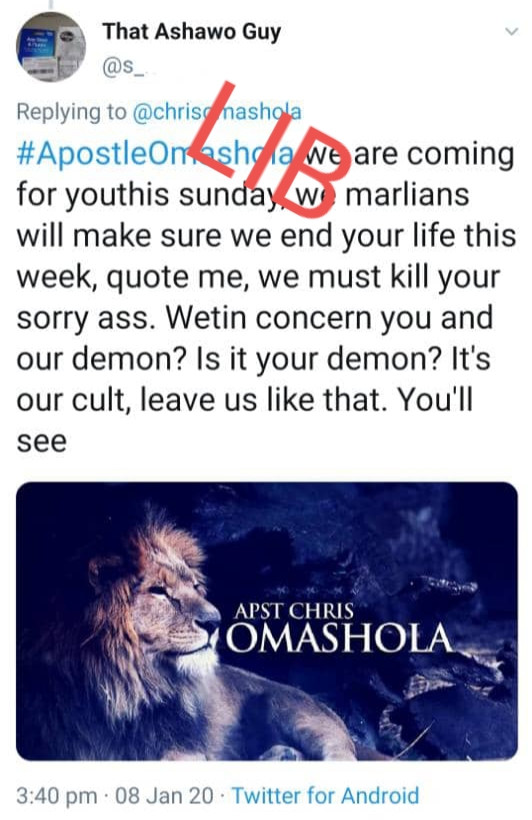