With Election Day in America’s rear-view and a book on the way, Barack Obama sat down with The Atlantic for an all-encompassing interview where he touched on rappers endorsing Donald Trump for president. 44 compared rappers having the same opulent measures of success to that of Trump.

“It’s interesting—people are writing about the fact that Trump increased his support among Black men [in the 2020 presidential election], and the occasional rapper who supported Trump,” he began. “I have to remind myself that if you listen to rap music, it’s all about the bling, the women, the money.”

Obama continued, “A lot of rap videos are using the same measures of what it means to be successful as Donald Trump is. Everything is gold-plated. That insinuates itself and seeps into the culture.”

Over the course of the last month, the culture has seen rappers such as 50 Cent, Lil Wayne, Ice Cube and Lil Pump wrap their arms around Donald Trump in some capacity.

Trump brought Pump on stage at one of his rallies just prior to Election Day but introduced him as Lil Pimp. 50 sided with Trump after seeing a version of President-Elect Joe Biden’s tax plan, but later flip-flopped in true trolling fashion, while Cube and Weezy communicated with the Trump campaign to give their stamp of approval on the proposed Platinum Plan. 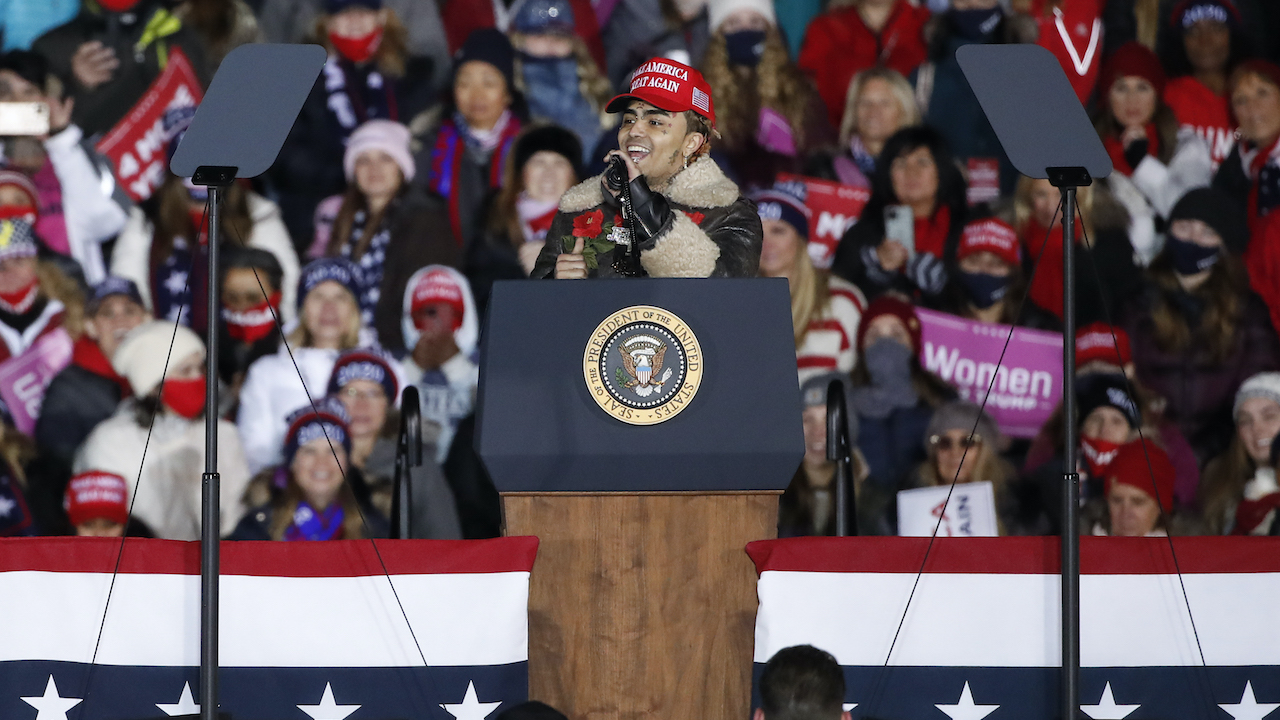 Ahead of the release of his A Promised Land book on Tuesday (November 17), Obama dropped off another playlist with the soundtrack to his presidency. He included artists such as Beyoncé, Eminem, JAY-Z and Sade.

“Music has always played an important role in my life—and that was especially true during my presidency,” he wrote. “In honor of my book hitting shelves tomorrow, I put together this playlist featuring some memorable songs from my administration. Hope you enjoy it.”

Music has always played an important role in my life—and that was especially true during my presidency. In honor of my book hitting shelves tomorrow, I put together this playlist featuring some memorable songs from my administration. Hope you enjoy it. pic.twitter.com/xWiNQiZzN0