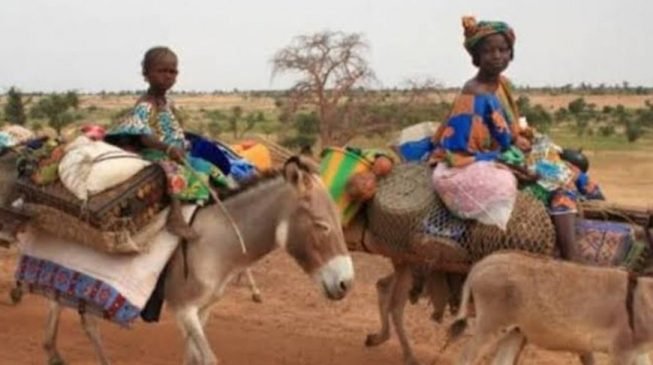 Pregnant women and sick people who live in some communities under Misau local government area of Bauchi state use donkeys and ox-drawn trucks to go to hospitals due to lack of motorable roads.

This was disclosed by the communities on Wednesday when a NAN correspondent visited Babuwuri and Ngummachame settlements, which are tagged ‘hard-to-reach (HTR)’ in terms of healthcare by the European Union and United Nations Children’s Fund (UNICEF).

Magaji Abdu and Ahmadu Garba, the heads of the settlements said the use of donkeys is “due to the hard to reach nature of our settlements coupled with the lack of road networks and distance from health facilities”.

“If a woman developed obstructed labour or any delivery complications as well as sick ones who cannot be conveyed on motorcycles, the last option is to use either donkeys or ox-drawn trucks.

“This is done over a distance of 20km or 15km depending on the location of the settlements and health facilities.”

While reacting to the development, the community leader, however, thanked God that in 2018, the EU/UNICEF introduced a health programme where a medical team visits them once a month to conduct antenatal on pregnant mothers and children below five years.

On his part, Garba said: “They visit our settlements once in a month and render various medical services including antenatal, nutritional, minor ailments, immunisation and others.

“Fortunately for us, both the services and drugs are given to us free of charge and it has reduced both maternal and child mortality rates.”

The community heads, who are also the village mobilisers for the programme, stressed that in spite of EU/UNICEF assistance, they still used donkeys and ox-drawn trucks to convey patients during emergencies.

They called on the state government to provide them with roads, health facilities and schools, as well as to sustain the EU/UNICEF outreach programme in their areas.

Amina Abdu, the team leader of the programme, said 10,289 patients have been treated in the 16 settlements of Sarma, Dunkurmi and Kafin Sule wards of the council between April 26, 2019, and October 22, 2019.

Abdu, who is a retired nurse and midwife, disclosed that the team had also treated 10,289 patients between May 2019 and November 2019 in another 16 settlements under Ajali, Sirka and Beti wards of the council.

She called on the state government and other non-governmental organisations to sustain the programme after the EU/UNICEF might have pulled out of the areas due to its importance.

The team leader said that the beneficiaries were under-5 years children, who may be suffering from minor diseases and antenatal care to pregnant women.

She said that cases considered beyond their capacity were either referred to Dankwi Kasuwa primary healthcare centre or Misau general hospital, a five-hour journey, to access the facilities.