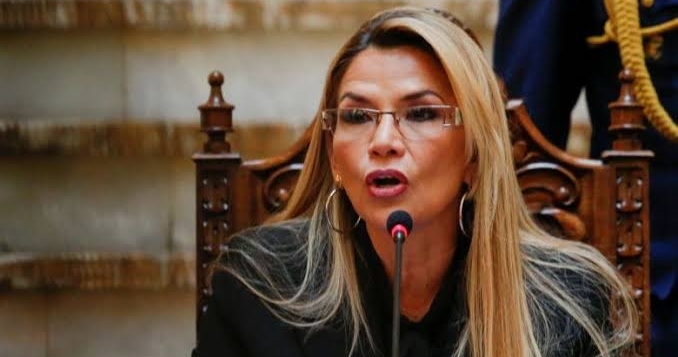 The Interim President of Bolivia, Jeanine Anez has announced on Monday December 30 that two Spanish diplomats and Mexico’s ambassador will be expelled for escalating a dispute over an alleged attempt to extract an ex-government aide.

WITHIN NIGERIA learnt that the diplomats have been issued 72 hours ultimatum to leave the country and they were accused by the interim president, Anez of seriously harming the sovereignty and dignity of the people and the constitutional government of Bolivia.

The expelled diplomats include Ambassador of Mexico in Bolivia Maria Teresa Mercado, the charge d’affaires of Spain Cristina Borreguero and the (Spanish) consul Alvaro Fernandez.

“The constitutional government that I preside over has decided to declare persona non grata the ambassador of Mexico in Bolivia, Maria Teresa Mercado, the charge d’affaires of Spain, Cristina Borreguero, and the (Spanish) consul, Alvaro Fernandez.”

The announcement came after Bolivian government accused a Spanish embassy staff of trying to infiltrate the Mexican mission in La Paz with a group of masked men to extract Juan Ramon Quintana, a wanted former aide of ex-president Evo Morales.

Mexico’s foreign ministry has however denounced the “political” decision, alleging that it instructed Mercado to return home.

Madrid also categorically denied the claim, saying its riposte was a reaction to “a hostile gesture by the Bolivian government to declare two Spanish diplomats personae non gratae”.

A statement released by the Spanish government reads;

“Spain wishes to maintain close relations of friendship and solidarity with the country and brother people of Bolivia,”.

Madrid concluded, urging La Paz to return to a “common sense path of confidence and cooperation between our two countries.”