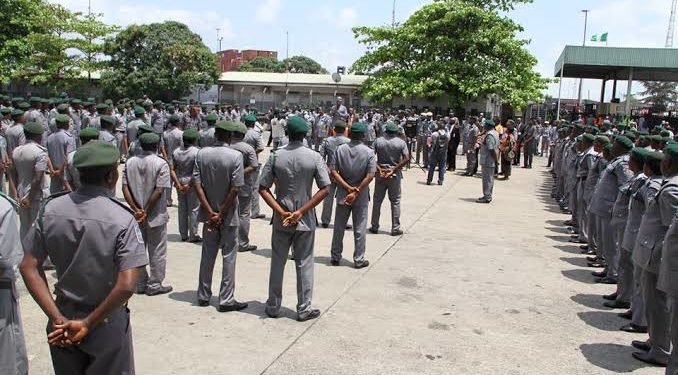 The closure of borders by the Federal Government which is meant to tackle the perennial crisis of smuggling hass been described as a short term measure to tackle the crisis by members of the organised private sector.

This was disclosed by heads of organised private sector to a cross-section of participants during the Commerce and Industry Correspondents Association of Nigeria (CICAN) end of year workshop/retreat held recently in Lagos, with the theme: ‘Impact of border closure on the real sector business: Way forward in 2020,’ they noted that the border closure was a temporary option.

While delivering the speech at the event, the Managing Director of NISPO, Mr. Afam Mallinson Ukatu who is also the National Chairman of the Non-Metallic Mining Group of MAN noted that border closure is not bad, but there should have been enough window to alert those that import or export through the land borders of the country that at a specific time, the border would be closed.

Raising some posers, Ukatu queried, “Why should the customs be waiting for border closure pronouncement of the executive before they take stringent steps to checking smuggling? Border closure is not a solution, what we need is a proper policy instrument that will check and track illicit trade perpetrators.

“Three is no country in the world that exists in isolation, but strong and adequate policies are put in place and also enforced in the proper manner. For instance, the Chinese has several scanners at its land borders and numerous check points that would not allow illicit trade to thrive. Most of our manufactured goods are sold in the neighboring countries, but with border closure, manufacturers now find it very difficult to move their goods across the border.”

In his presentation, the Chairman, National Association of Small and Medium Enterprises (NASME), Dr Adams Olu Adebayo expressed that border closure is the prayer of rice farmers.

“Border closure is not a win-win solution, border control in Nigeria erroneous. The outcome is that the local rice that was sold for N12,000 per 50kg bag is now sold for N21,000 and above. This is because rice growers were not prepared, but they are now encouraged by the government,” Adebayo stressed.

According to the Director General, National Association of Chambers of Commerce, Industry, Mines and Agriculture (NACCIMA), Ambassador Ayoola Olukanni, the government should implement trade policies and adequately enforce better result.