The fourth case, which was discovered in the state on Saturday, was said to be a police officer, who sneaked into the state after discovering his status in Lagos State.

Disclosing the confirmed case on his verified twitter handle, the Governor of Ondo State, Oluwarotimi Akeredolu, said that the patient was already being attended to at the state’s Infectious Disease Hospital, IDH, Igbatoro road, Akure, the state capital.

The governor, who was furious over the development, berated the security personnel stationed at the entry point of the state considering that he had earlier ordered the closure of borders across the state in a bid to contain the spread of deadly virus. https://dailypost.ng/2020/04/01/breaking-ondo-closes-borders-declares-3-day-fast-over-covid-19/

The governor’s tweet read, “Earlier today, I got news of another positive case of COVID19 admitted to our facility in Akure. The case of this individual who is a police officer is unique. He was tested in Lagos but came to Ondo state while awaiting his results.

“Upon receiving a positive result, he claimed to have returned back to Lagos. According to him, he waited a few days in Lagos to be picked up. When this failed, he panicked and rushed back to Akure for treatment.

“While we appreciate the confidence reposed in our facilities, We do find it most reckless on the part of the officer of the Law to risk the lives of others. I am most disappointed in the level of porosity of the entry points to the state. The police officer should know better.

“I have contacted the commissioner of police to double up on securing our entry points.”

Recall that the index case was recorded in the state on April 3, 2020 following the arrival of a military officer in the state from official duty in India. 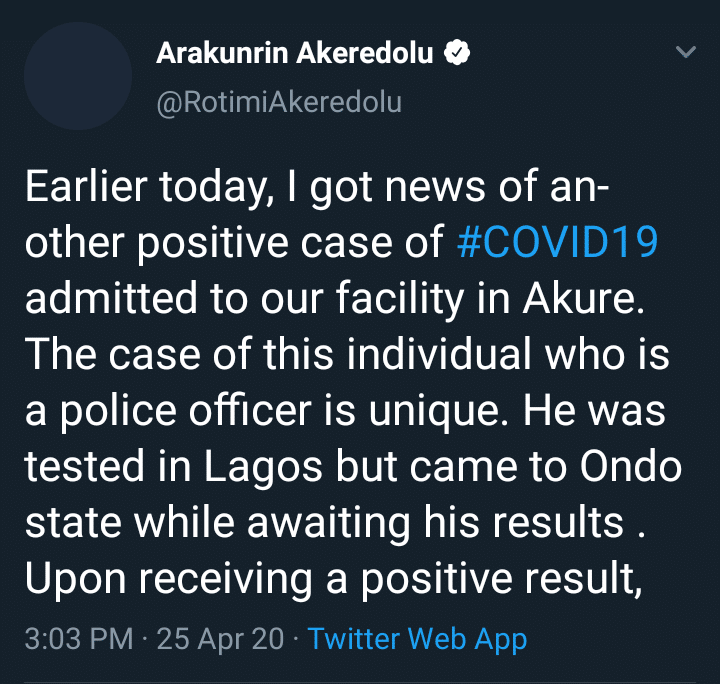 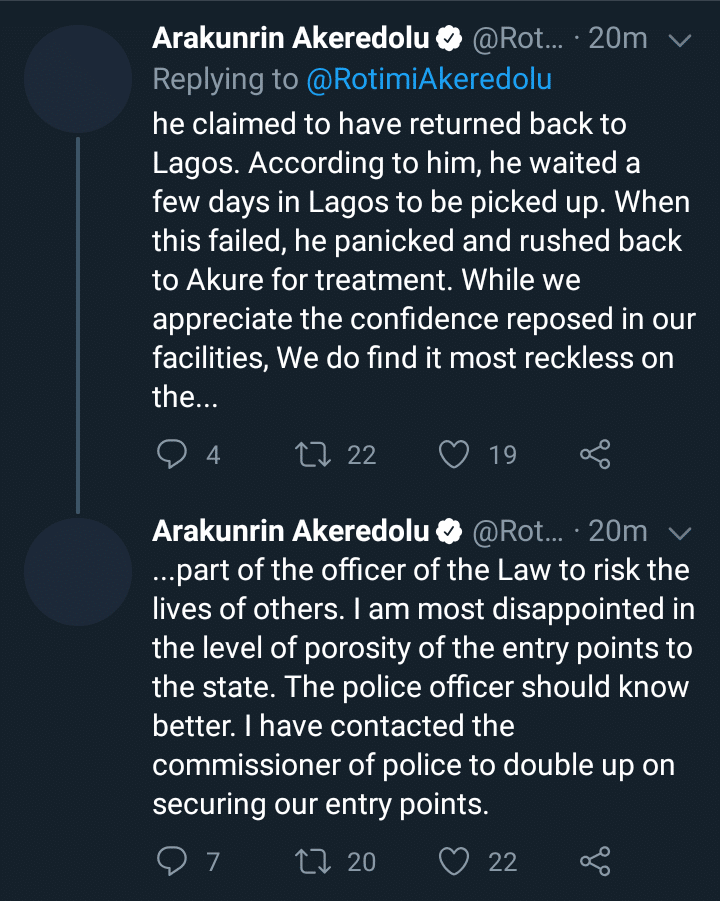