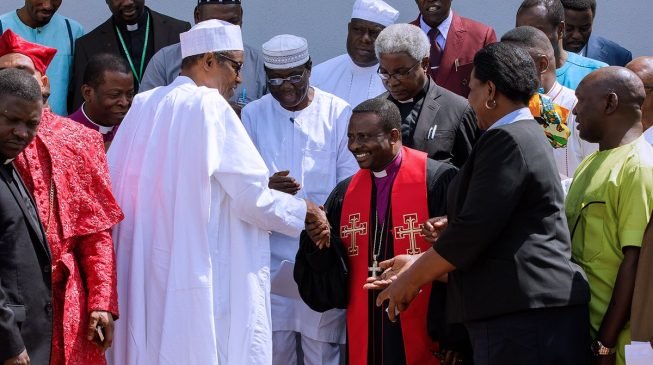 The Federal Government has been charged by the Christian Association of Nigeria (CAN) to face the battle against insecurity squarely and take the fight to the doorsteps of criminals.

The President of the Christian Association of Nigeria (CAN), Supo Ayokunle charged the government during Tarayyar Eklesiyoyin Kristi A Nigeria (TEKAN) 2020 assembly held in Kaduna state on Thursday.

He said the current challenge in the country involves fighting terrorism and the church is engaged in the fight.

“There is no life without challenges, however the present challenges is a special one because the church is fighting against terrorism,” he said.

“It is a very challenging time, accompanied by kidnapping for ransom especially by herdsmen and other hoodlums who are using such as source for trade.”

“Our call to government is that these criminals are not spirits, let them take the battle to their doors and put an end to it.”

The CAN president also lamented on the cases of kidnapping in the country.

Lawan Andimi, CAN chairman in Michika local government area of Adamawa state, was abducted by Boko Haram on Thursday.

Ayokunle said other abducted CAN local government chairmen in Jos and Taraba are still being held captive.

He called on the federal government to intensify efforts in the war against insurgency, kidnapping and other forms of insecurity.

“The government must rise up more than ever before and perform their responsibility,” he said.

The CAN president also called on Christians and Nigerians in general to promote peace and unity. He asked Nigerians to learn to tolerate one another and remain prayerful.

“They should also be tolerant and more prayerful because God answers prayers, restores peace and touches the heart of those who hate and want to eliminate us,” he said.

“I am also calling on all Nigerians especially the Christians under my constituency to give peace a chance.

“We should take the bull by the horns on our knees as we endeavor not to be provoked but to maintain peace with our neighbours.”