Cardi B felt the wrath of the Hindu community recently when she covered the latest issue of Footwear News in support of her recent Reebok collaboration — and now she’s issued an apology. On Wednesday (November 11), Cardi took to her Instagram page to explain the inspiration behind the cover and apologize to anyone she offended.

“When I did the Reebok shoot, the creative [team] was telling me, ‘You’re gonna represent a goddess,’ that she represents strength, femininity and liberation,” Cardi said in the video posted to her Stories. “That’s something that I love and I’m all about, and I thought it was dope. But if people feel I’m offending their culture or their religion, I want to say I’m sorry. That was not my intent.”

Cardi added she’s not about dissing anyone’s religion and wouldn’t appreciate someone doing the same to her.

“When people dress like the Virgin Mary and Jesus, as long as they do it in a beautiful, graceful and respectful way, I don’t feel a certain type of way,” she added. “I wasn’t trying to be disrespectful. Maybe I should’ve done my research, and I’m sorry. I can’t change the past, but I’m going to do more research.”

The cover photo in question shows Cardi holding her new Reebok sneaker while posing with multiple arms stretched out around her. Social media quickly noticed the striking resemblance to the Hindu Goddess Durga and wasted no time bashing the Bronx rapper and accusing her of cultural appropriation.

“Cardi b did not pay “homage” to the Hindu goddess Durga by holding a shoe in her hand, this is plain disrespect and in no way cultural appreciation,” read one tweet.

Cardi b did not pay “homage” to the Hindu goddess Durga by holding a shoe in her hand, this is plain disrespect and in no way cultural appreciation. she can’t getaway with this without addressing and apologizing for mocking our culture pic.twitter.com/ZLVcz0mBlB

Footwear News issued a statement to People Magazine apologizing for their decision to use the image of the Hindu goddess Durga for the cover shoot.

“Yesterday we posted content from our exclusive Cardi B cover shoot,” the statement read. “One of the images was intended to pay homage to Hindu goddess Durga, and our intent was to show a powerful woman. However, we realize we were not considerate of certain cultural and religious perspectives and how this could be perceived as deeply offensive.

“We take full accountability for this oversight, and we apologize. It is important we learn from this example and are sensitive to this sort of religious imagery when creative discussions are taking place in the future. Today, we’re releasing another cover from the shoot that was a subscriber exclusive.” 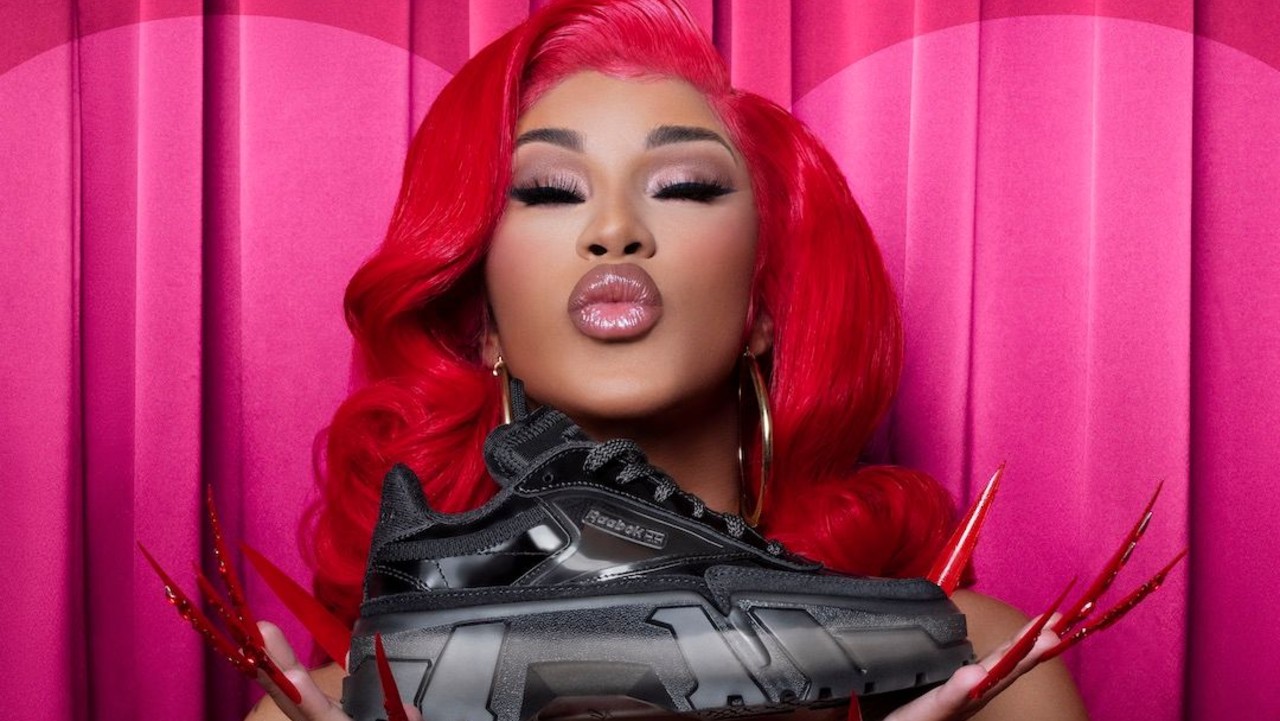 Cardi has been starring in Reebok ad campaigns since 2018, but this is the first time she’s getting her own sneaker. The new line has three different models, which include the Cardi B Club C and the Cardi B Club C Double. Both come in women’s and children’s sizes in black, white and red.