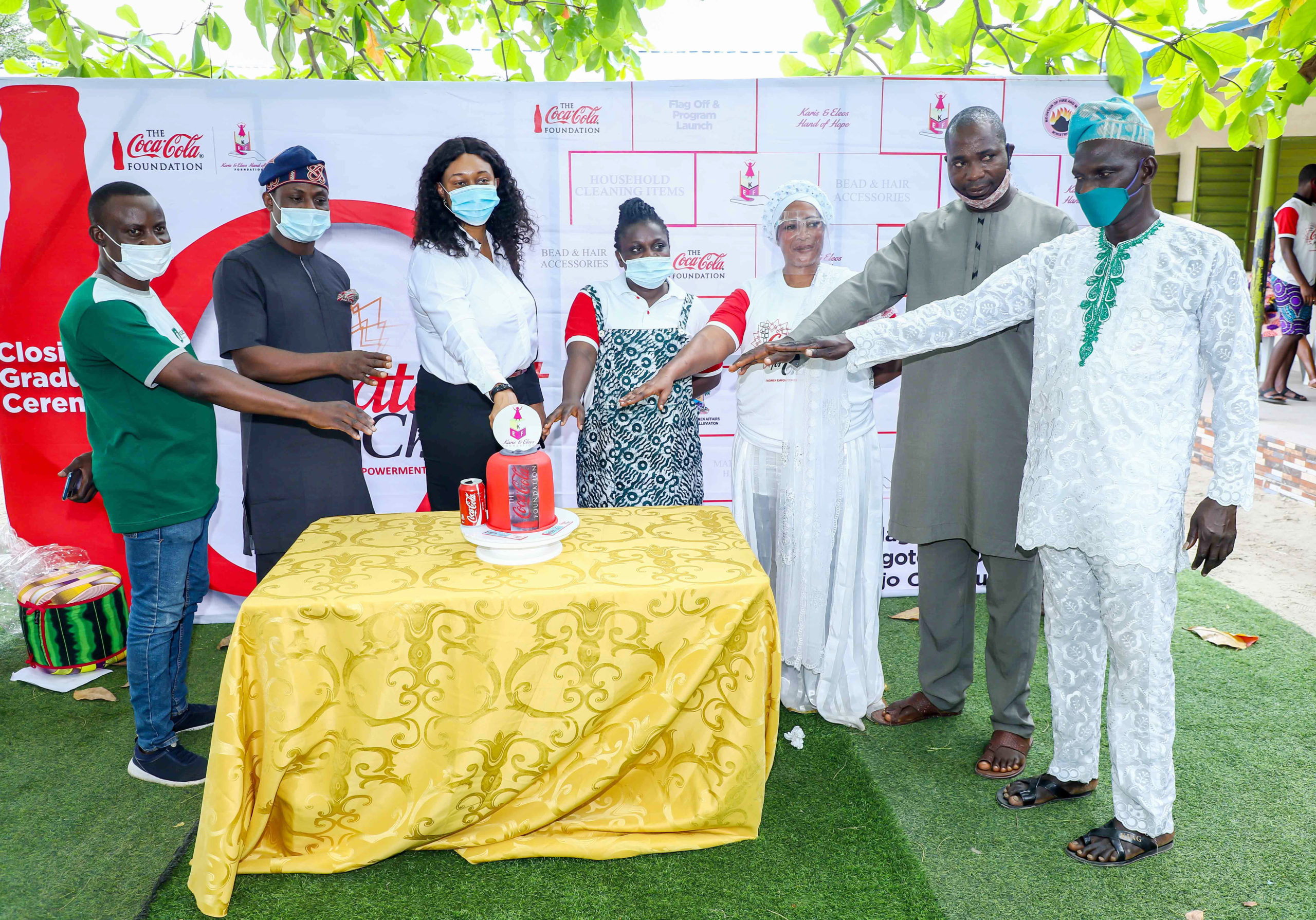 Karis and Eleos Hand of Hope Foundation in partnership with the Coca-Cola Foundation hosted her second closing ceremony of the Catalyst for Change program at Sangotedo community.

Friday, October 2nd, 2020 would be an unforgettable day in the hearts of 612 women in Sangotedo who were beneficiaries of the Catalyst for change project – a free vocational skill acquisition training with a focus on empowering 5000 women across five rural communities in Nigeria to help them recover from the adverse effects of the COVID-19 pandemic. 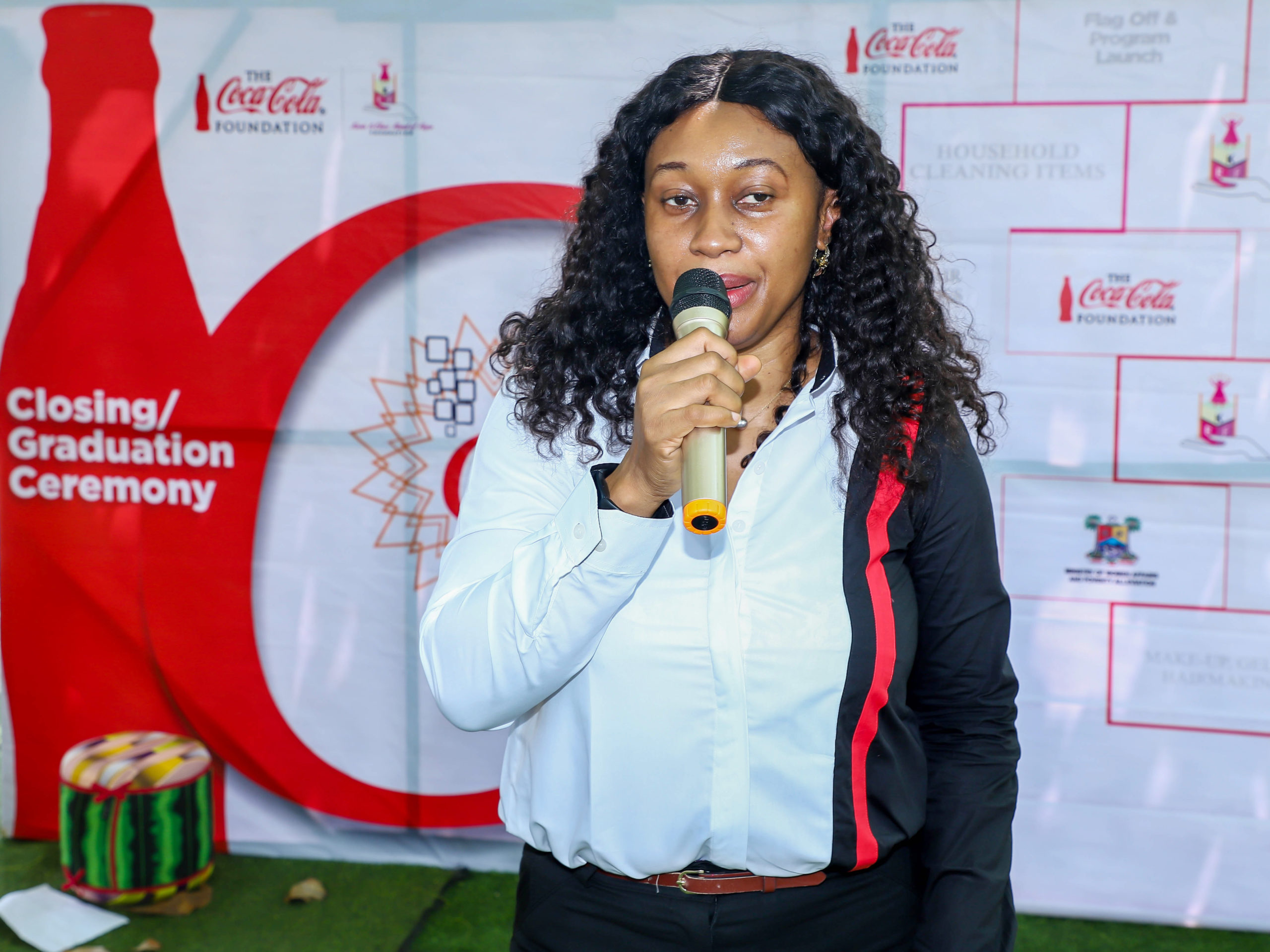 It was such an unforgettable experience at the closing ceremony which was the second since the program started. The venue, Sangotedo primary school, played host to the women who were trained across five different skills; Baking, Household cleaning, Textiles Design, Ankara shoe and bag, Hair making, and also Recycling which was an added class for all the participants regardless of their chosen skill. 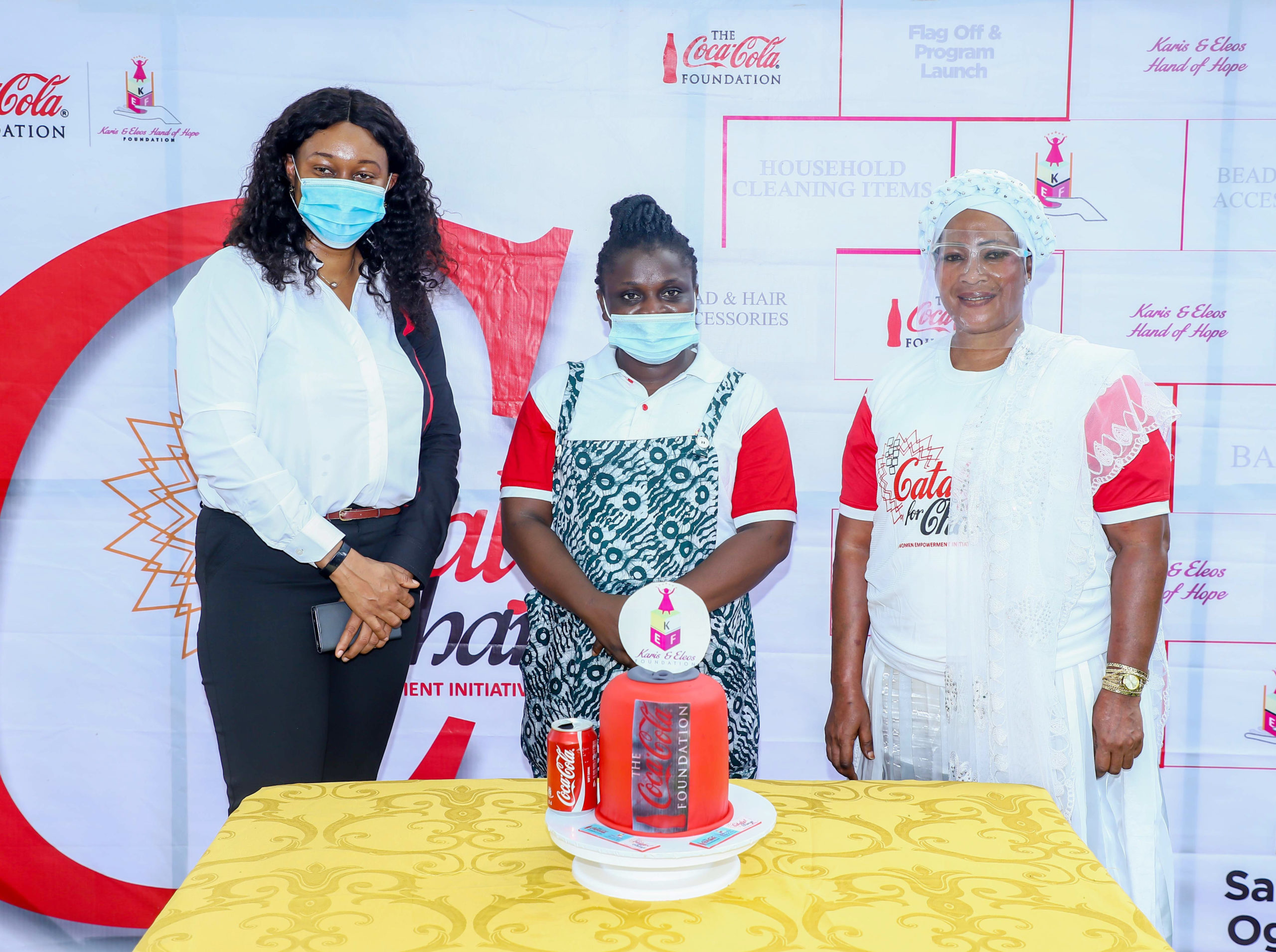 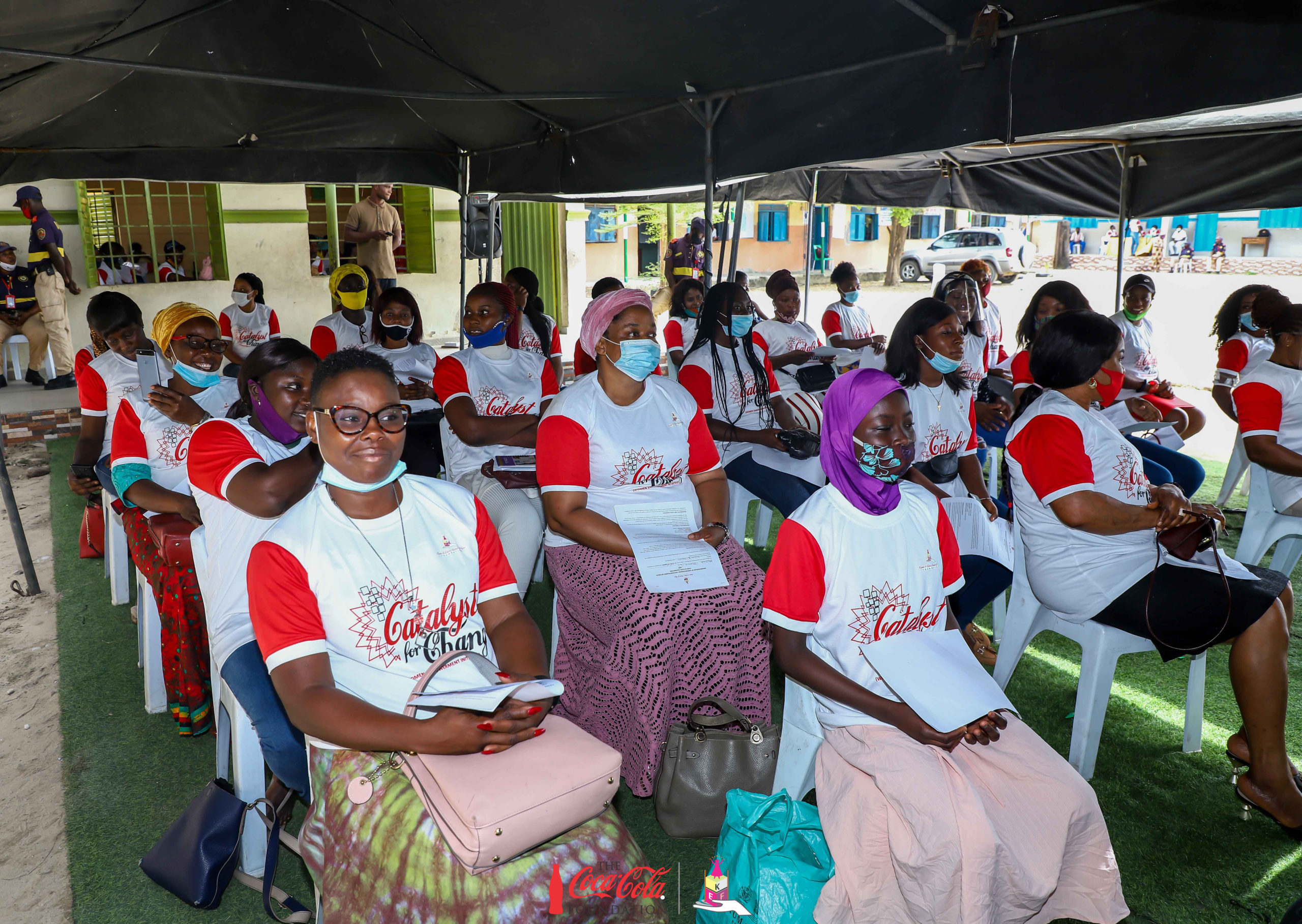 The ceremony started with an opening prayer taken by Karis and Eleos PRO, Temiloluwa Kingsley-Opurum, who also gave the opening remarks; commented on how it’s been an amazing journey seeing how much the women have evolved after going through the intense training.

The women leader, Hon Oyeyemi Folashade Olarotimi who was also one of the graduating participants expressed her gratitude to the Coca-Cola Foundation and Karis and Eleos Foundation for adding value to the lives of her community women and prayed God empowers them to do more. She also congratulated and encouraged the graduands to utilize the skill they’ve learned to double their influence and income in life. Her plea to the graduands was to never stop adding value, especially to their immediate environment which is why Karis and Eleos Foundation went the extra mile to make the training very impactful. 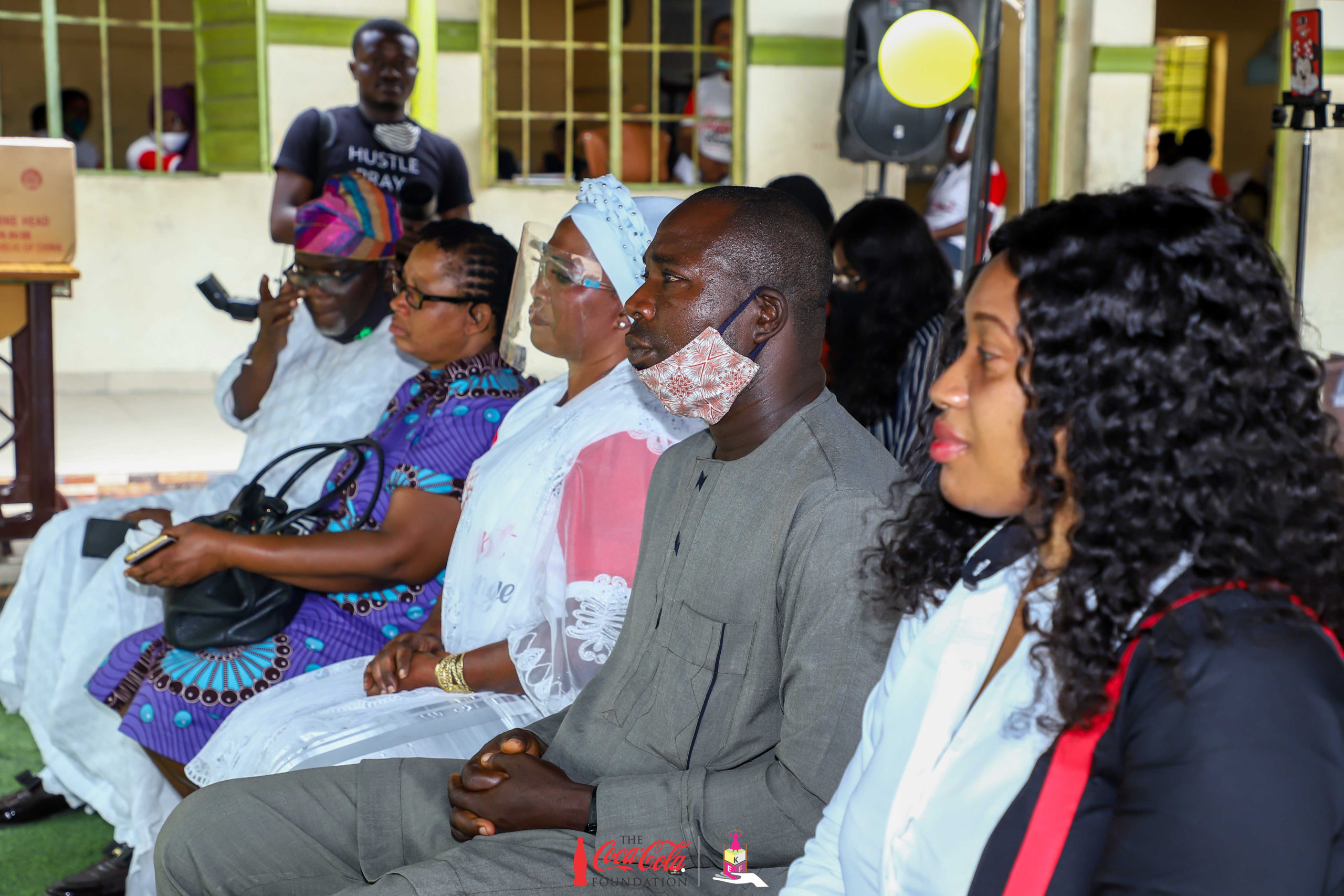 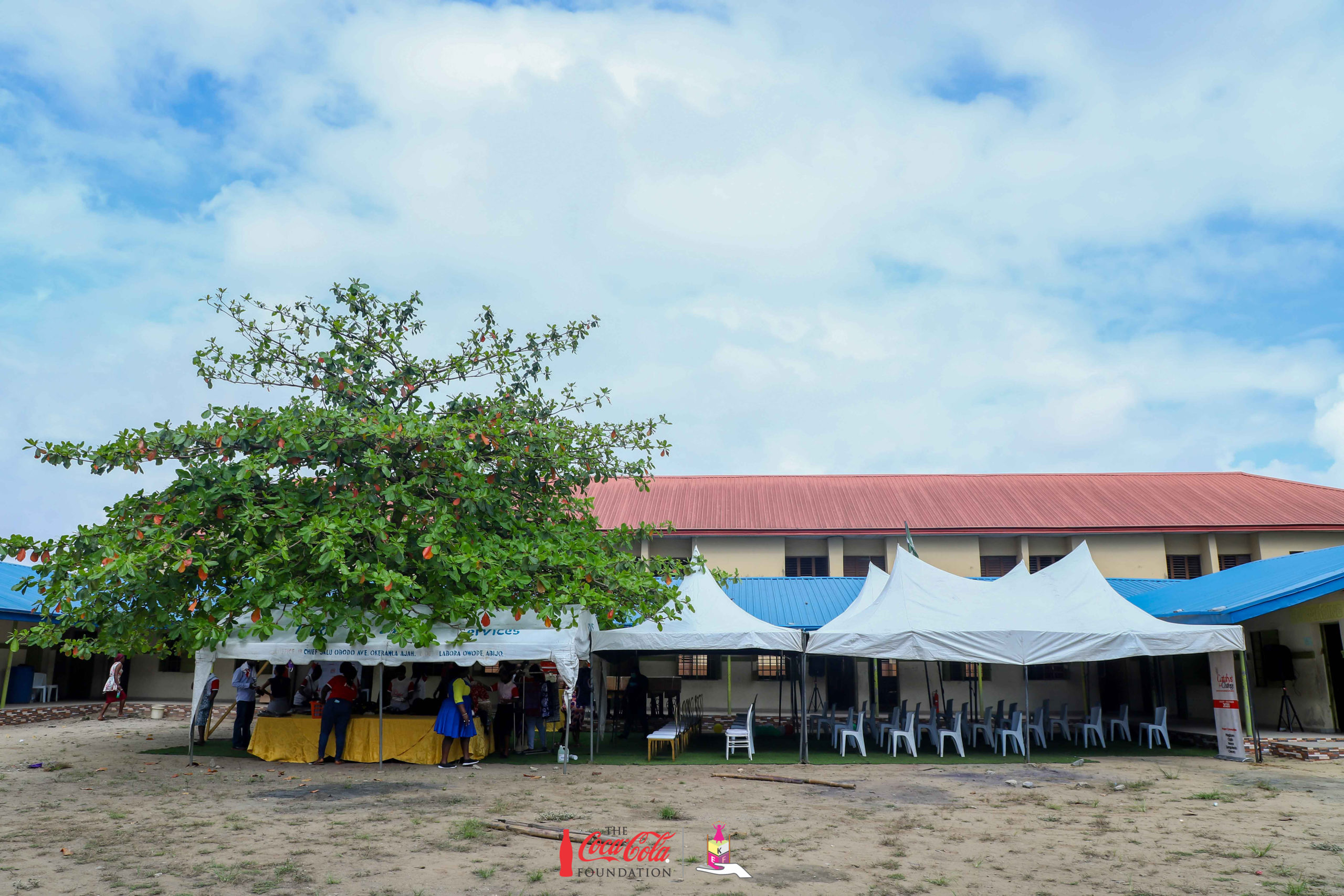 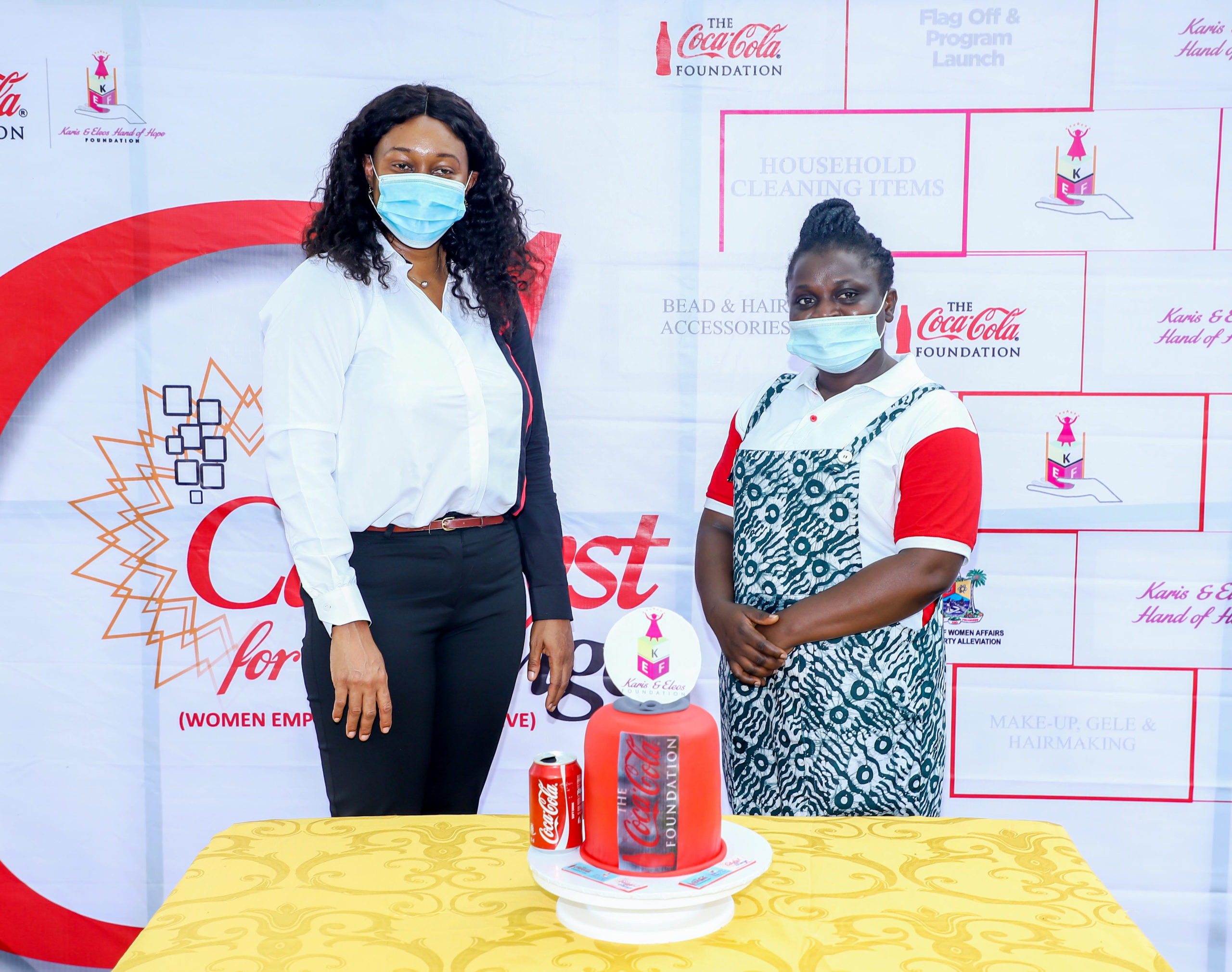 The Valedictorian, Ekhator Esther Clara, specially thanked the Coca-Cola Foundation, as well the Karis and Eleos Foundation for creating such an amiable environment for them to learn and be empowered. She was elated, expressing that beyond the skills acquisition, they were also thought soft skills such as: How to attract customers, Personal and product branding, How to access loans and grants, Leveraging on social media, Book and record-keeping as well as a counseling session where GBV was discussed. She encouraged her fellow graduands to please make the most of the opportunity and ride on the wings they’ve been given.

The founder of Karis and Eleos Foundation, Bukola Bamiduro thanked the program funder, the Coca-Cola Foundation for believing in the vision. She also thanked the community heads and all the key players in making the project a success. She encouraged the students to value what they’ve learned and also not be shy in projecting their businesses to the world. She iterated that growth is gradual and they shouldn’t be discouraged, encouraging them to start saving and that faithfulness is required to build a successful business. She added that they should not compromise on quality and be a person of integrity. She closed her speech by stating that a hundred students who performed exceptionally well in the course of the training will be given start-up kits. She told them not to keep it under their beds but make the best use of it.

According to the Public Affairs, Communication and Sustainability Manager, Coca-Cola Nigeria, Nwamaka Onyemelukwe, “Women are not only essential to building thriving communities — we truly believe they represent one of the biggest accelerators to economic growth globally”. That is why Coca-Cola has been committed to economically empowering women over the past 10 years to build sustainable communities. She thanked the leadership of the community for their support in making the vision a reality, while urging the graduating students to ensure that they remain good ambassadors of the Coca-Cola ‘Catalyst for Change’ initiative, making their contribution to the economic development of Nigeria. She stated that Coca-cola will be setting up a recycling bank in Sangotedo to encourage recycling in the community.

Taiwo Adewole of Recyclers Nigeria also enlightened them on how to make money from their waste, advising them to stop discarding their pet bottles. He encouraged them to separate their waste and pick their raw materials before trashing the rest.

The representative of the Baale of Sangotedo, Rahman Sulemon expressed the community’s gratitude and excitement towards the program. He said this in no doubt will help keep their women engaged and also boost the economy of the community. He said although covid-19 had happened, this empowerment program will go a long way in eradicating the adverse effects caused by the pandemic. He also pleads with the foundation to organize a similar program for their men.

Also, Comrade Omojole Olabode expressed his gratitude to K & E foundation for teaching the women recycling especially as the area is always waterlogged and filled with dirt. He pleaded with the foundation to partner with the education sector of the local government to train their female staff.

Olufemi Bamiduro, Chairman of Karis and Eleos Foundation who gave the closing remarks encouraged participants to work on what they have been taught, that the seed planted should be watered. He ended by reminding participants that ” How greater you become depends on the input you make”. 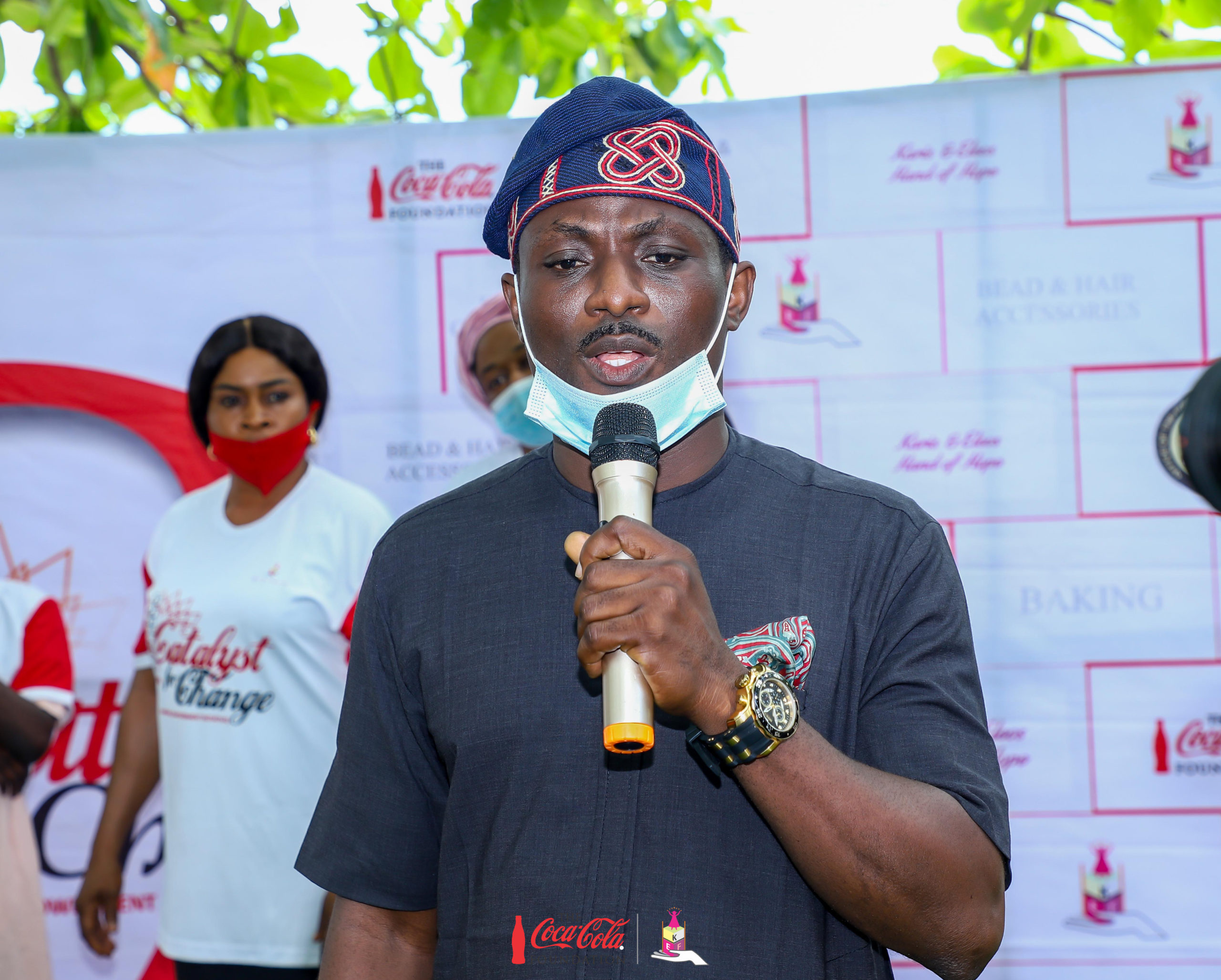 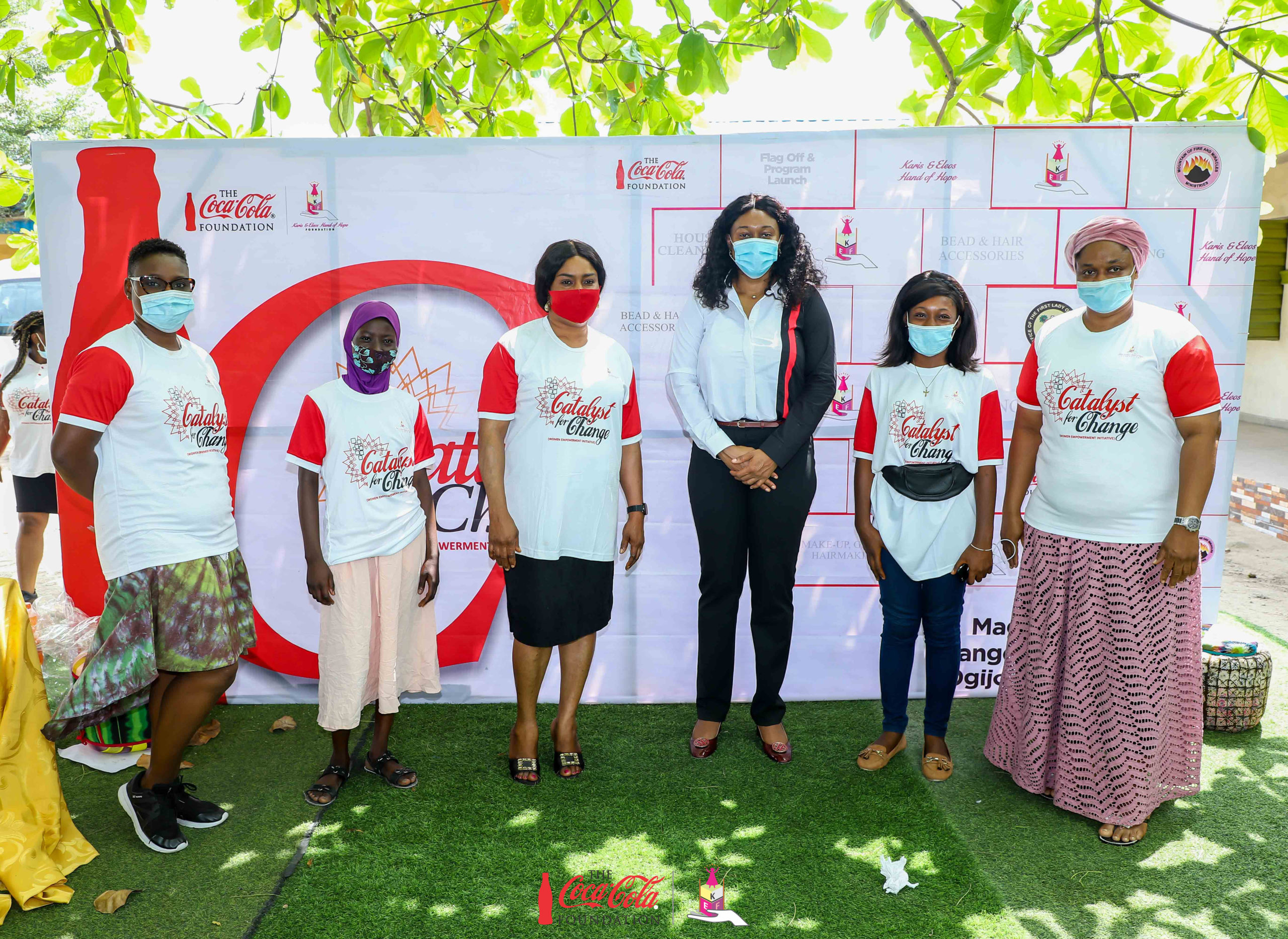 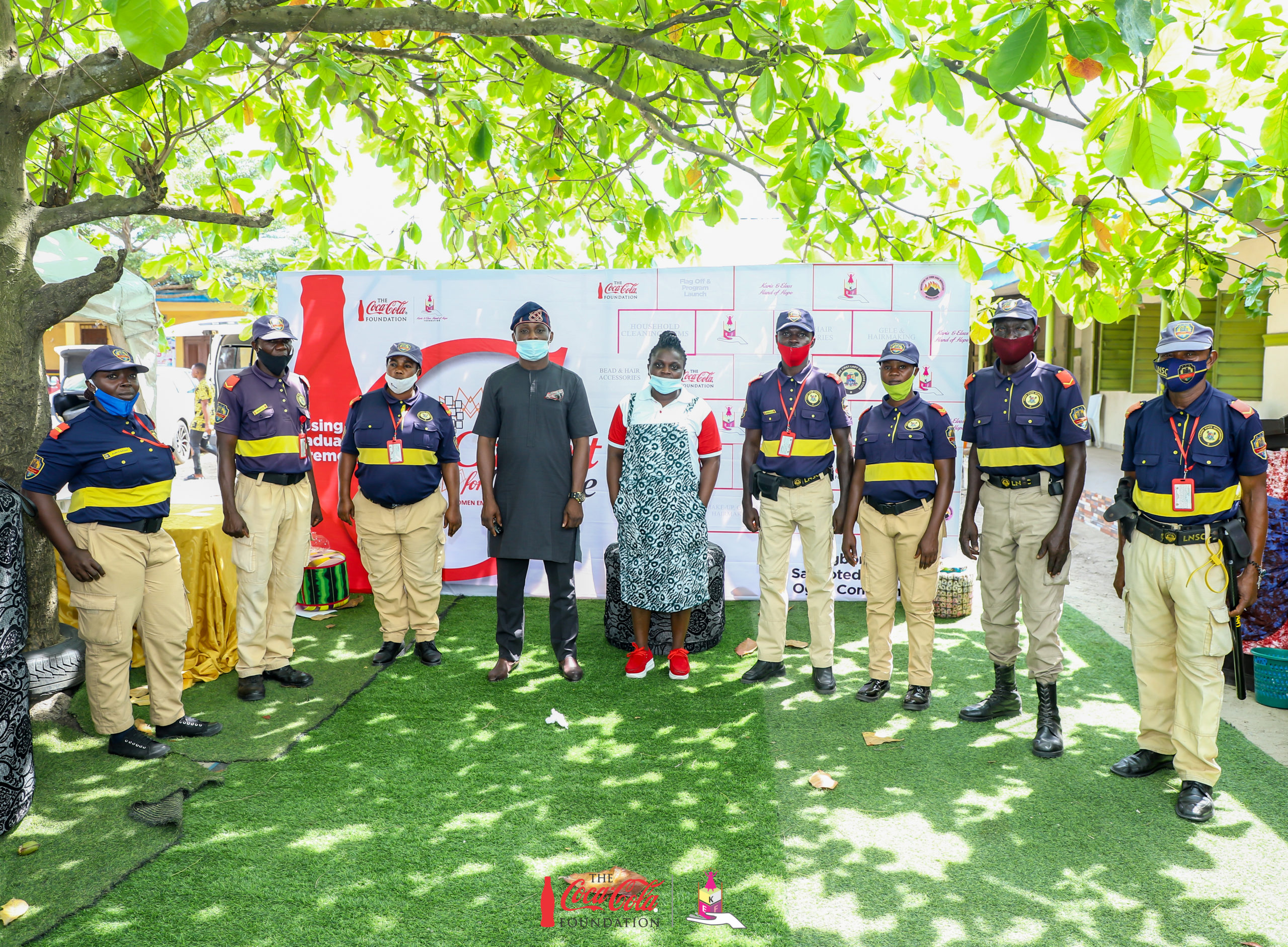 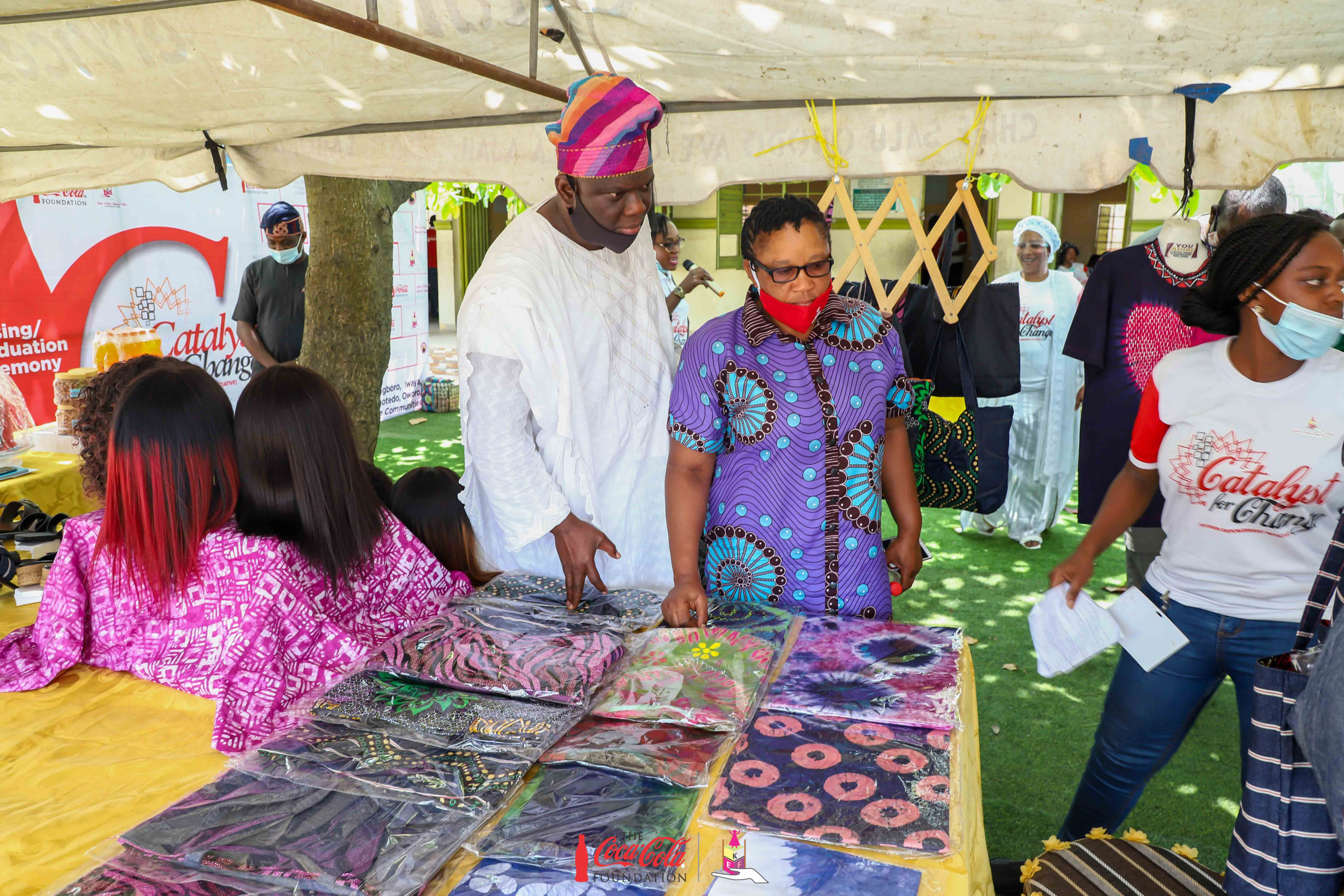 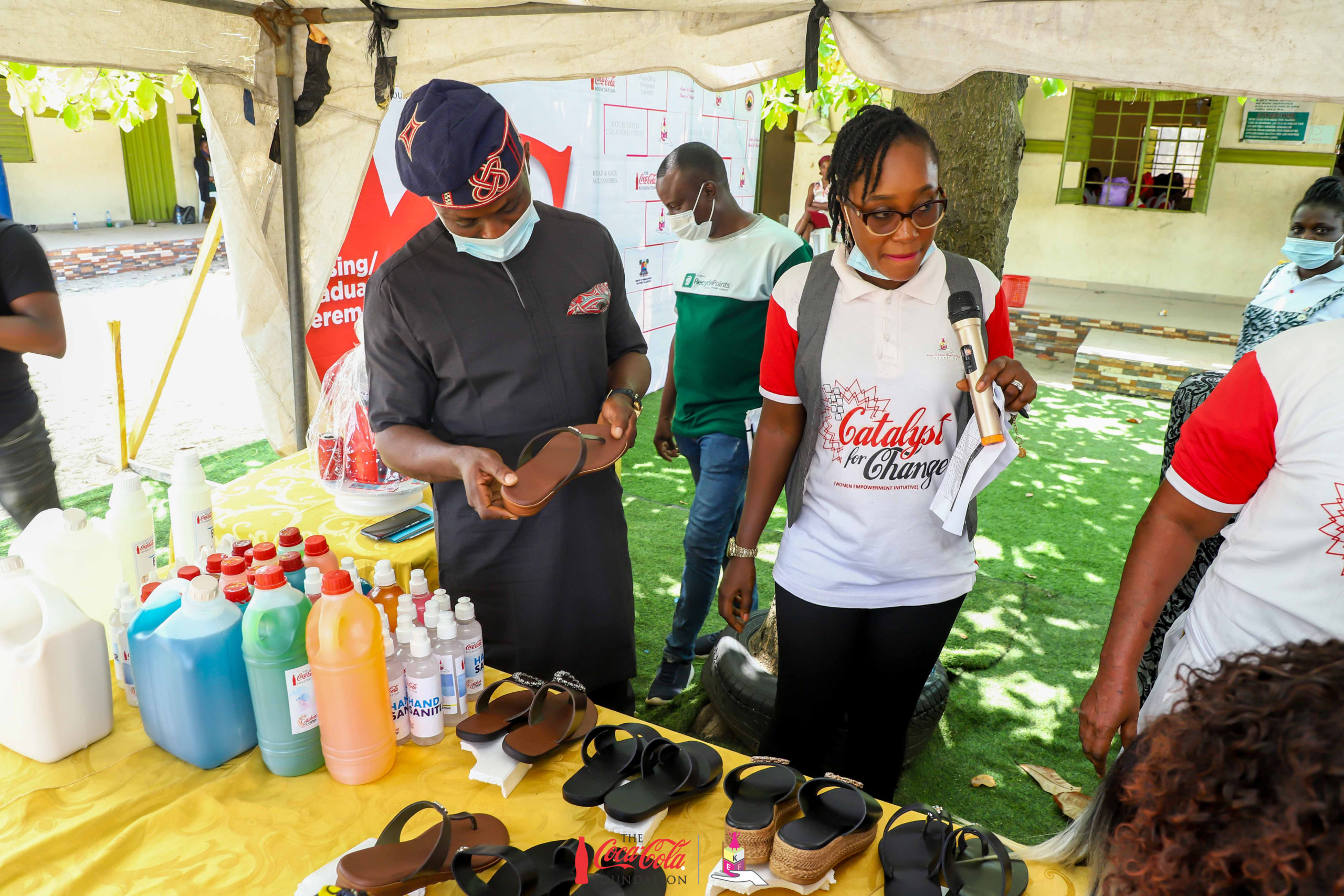 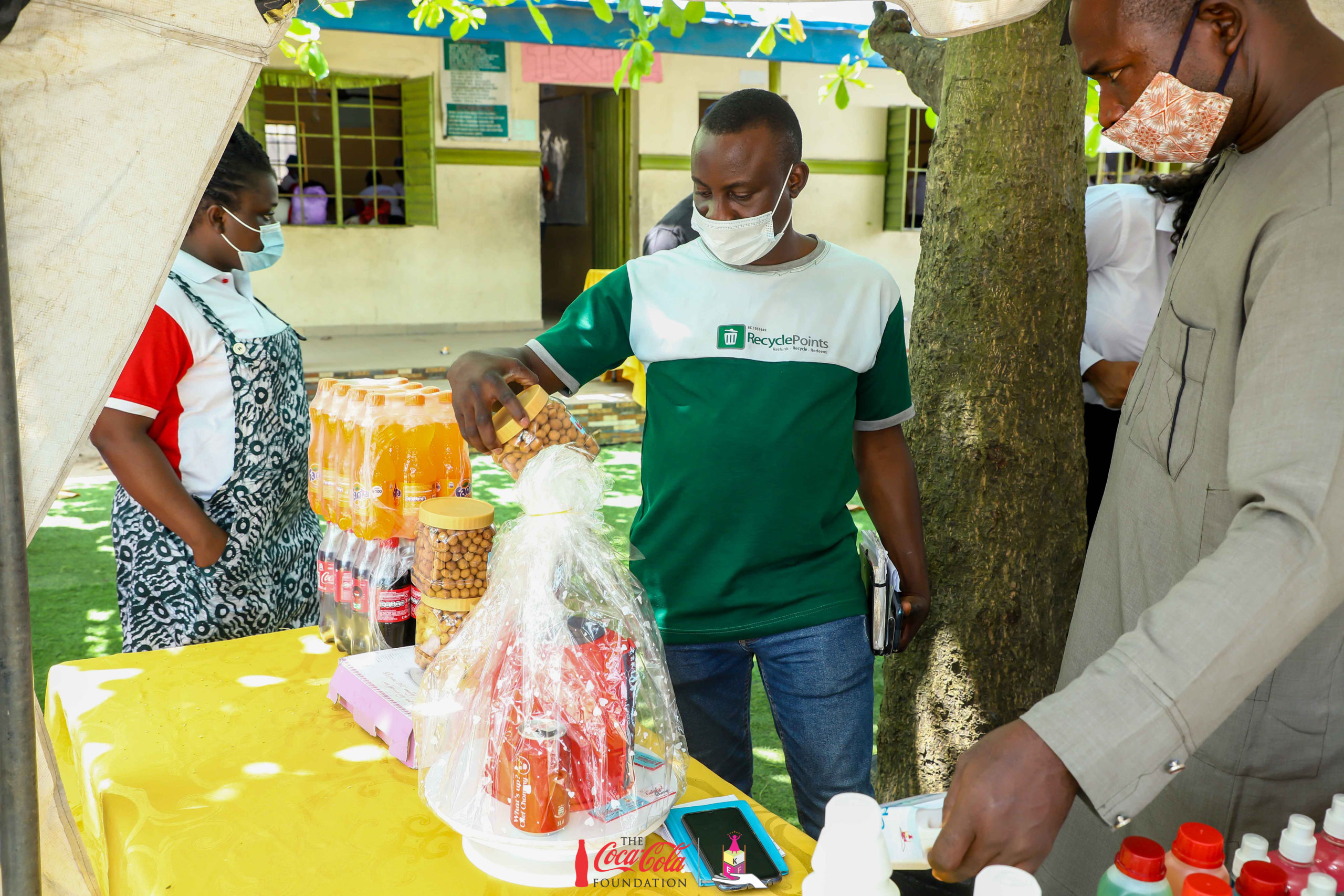 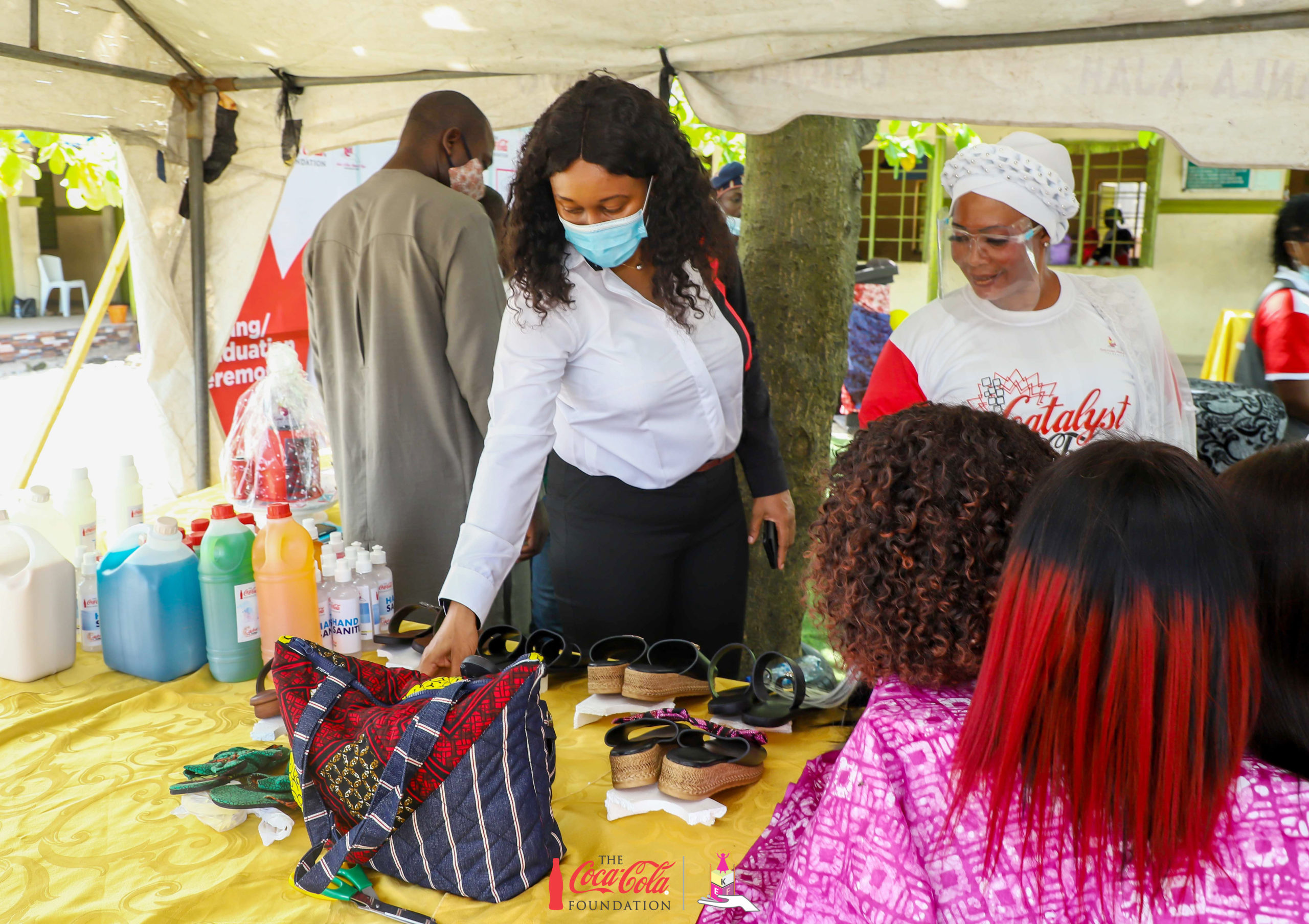 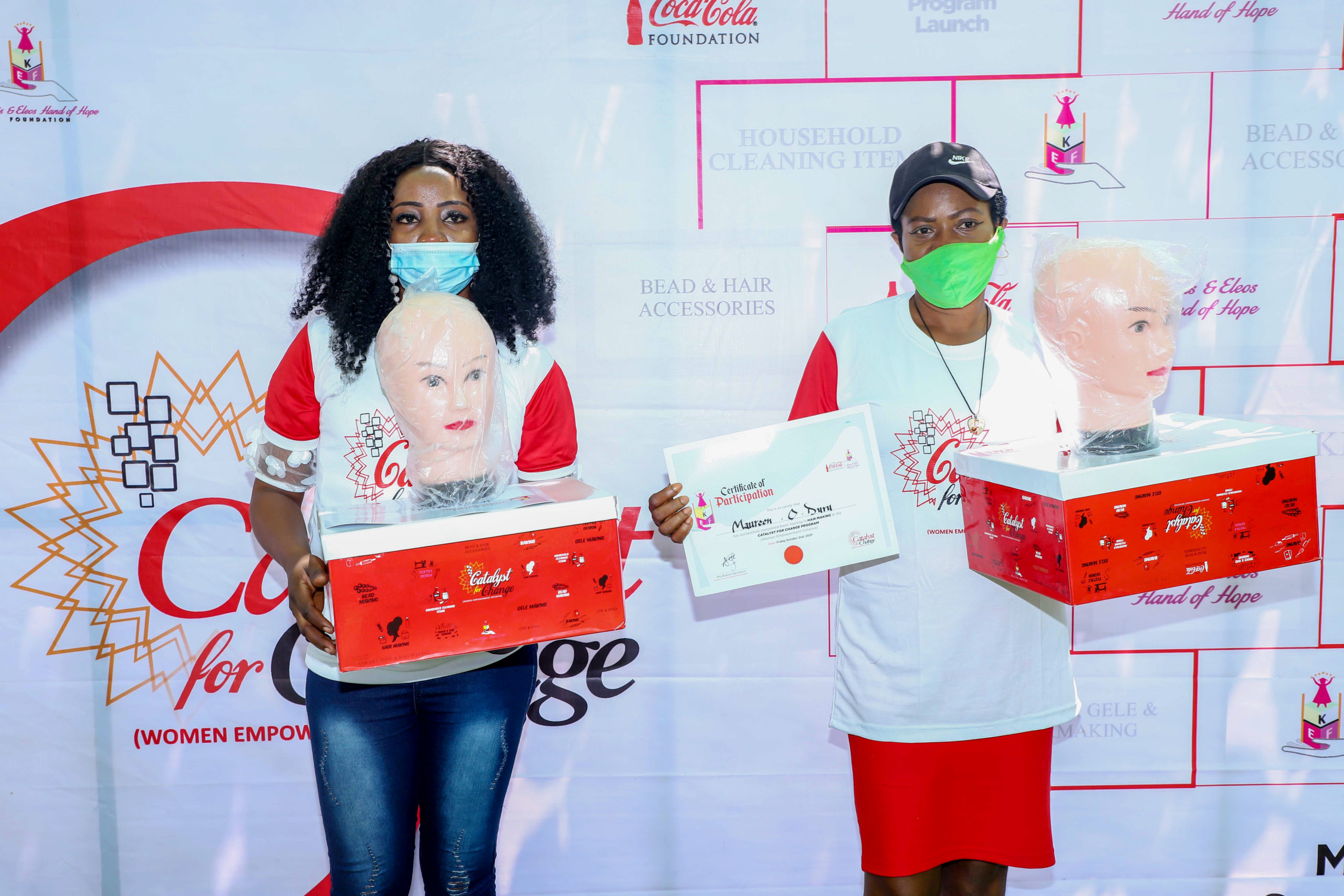 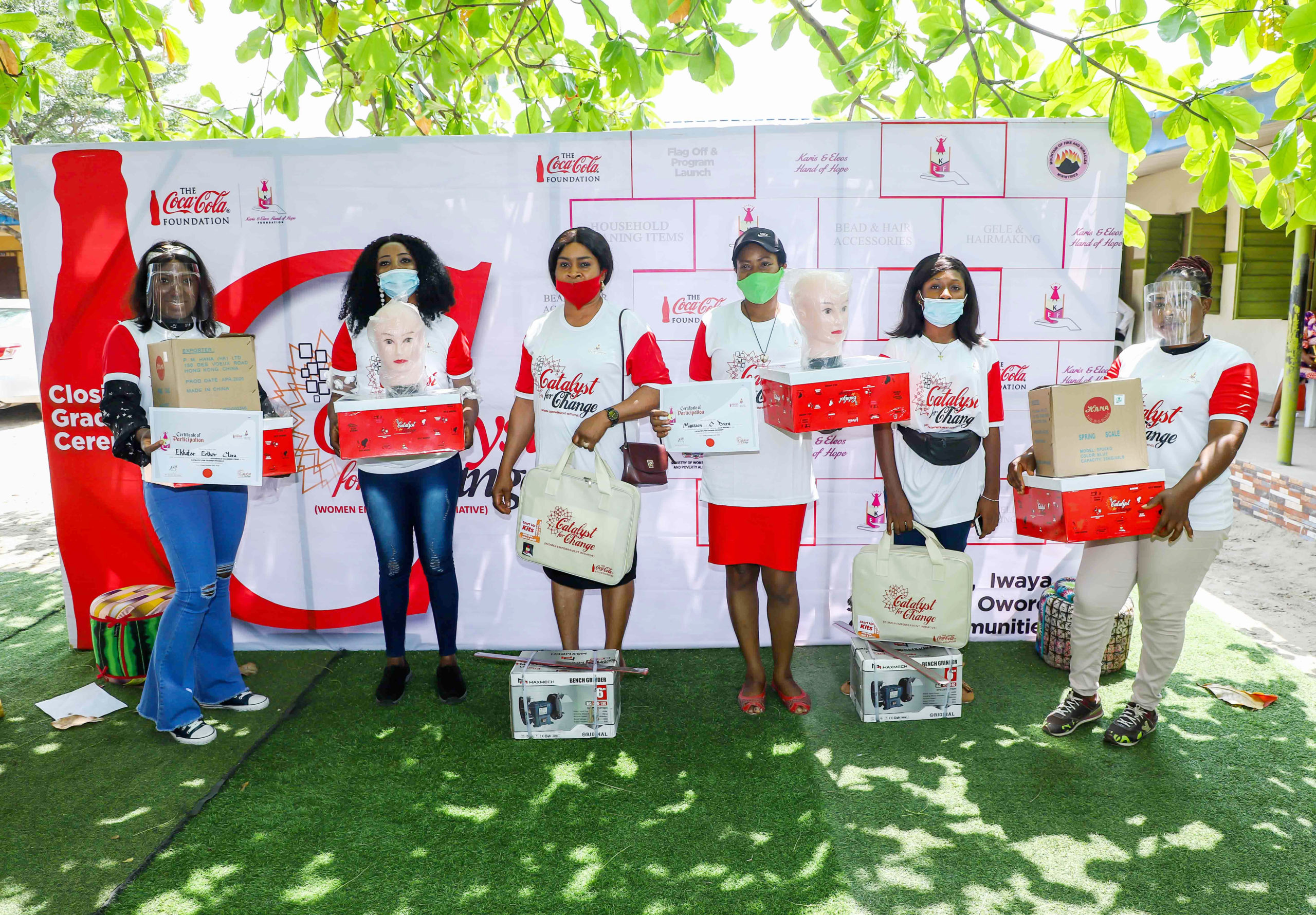 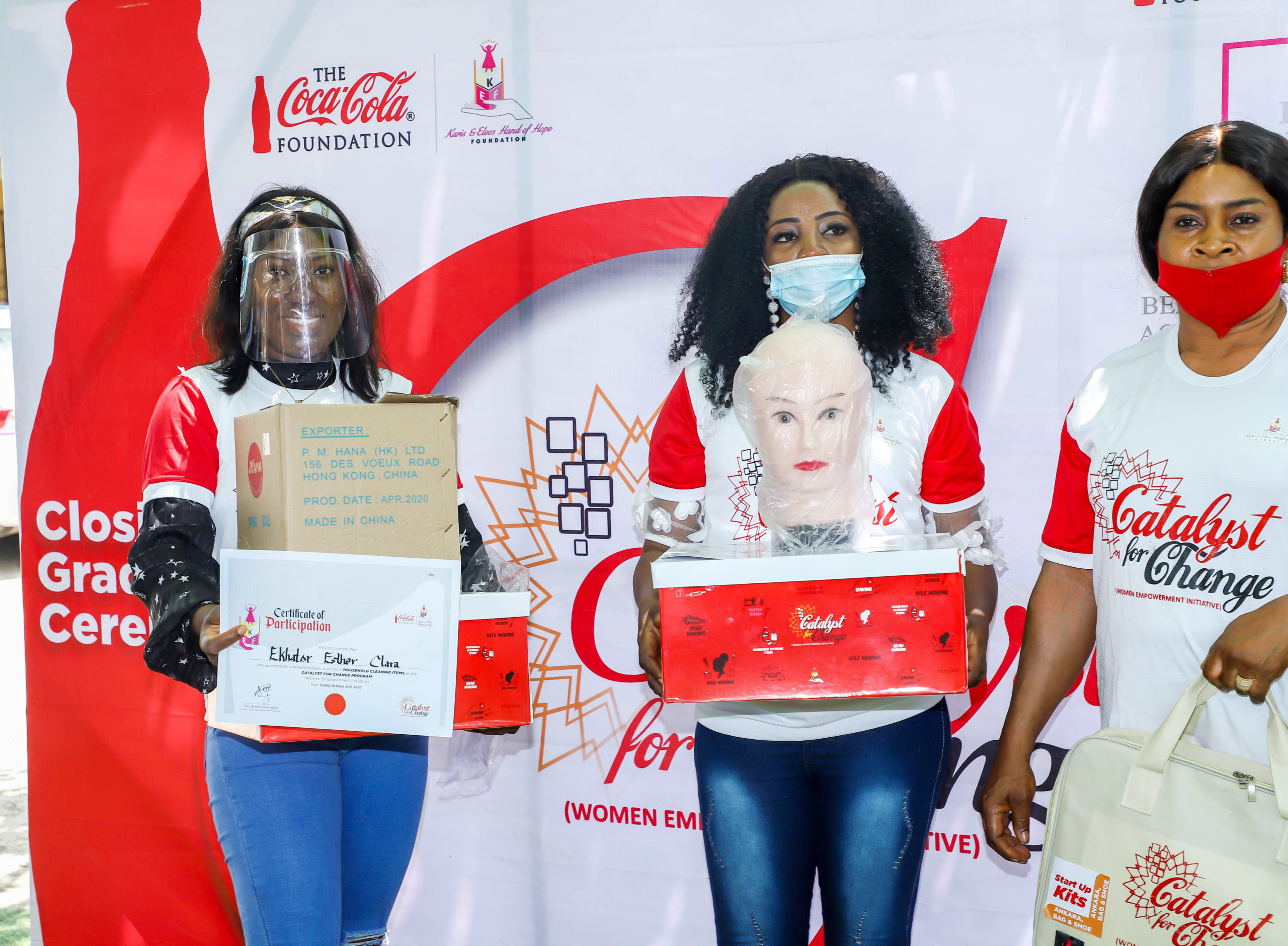 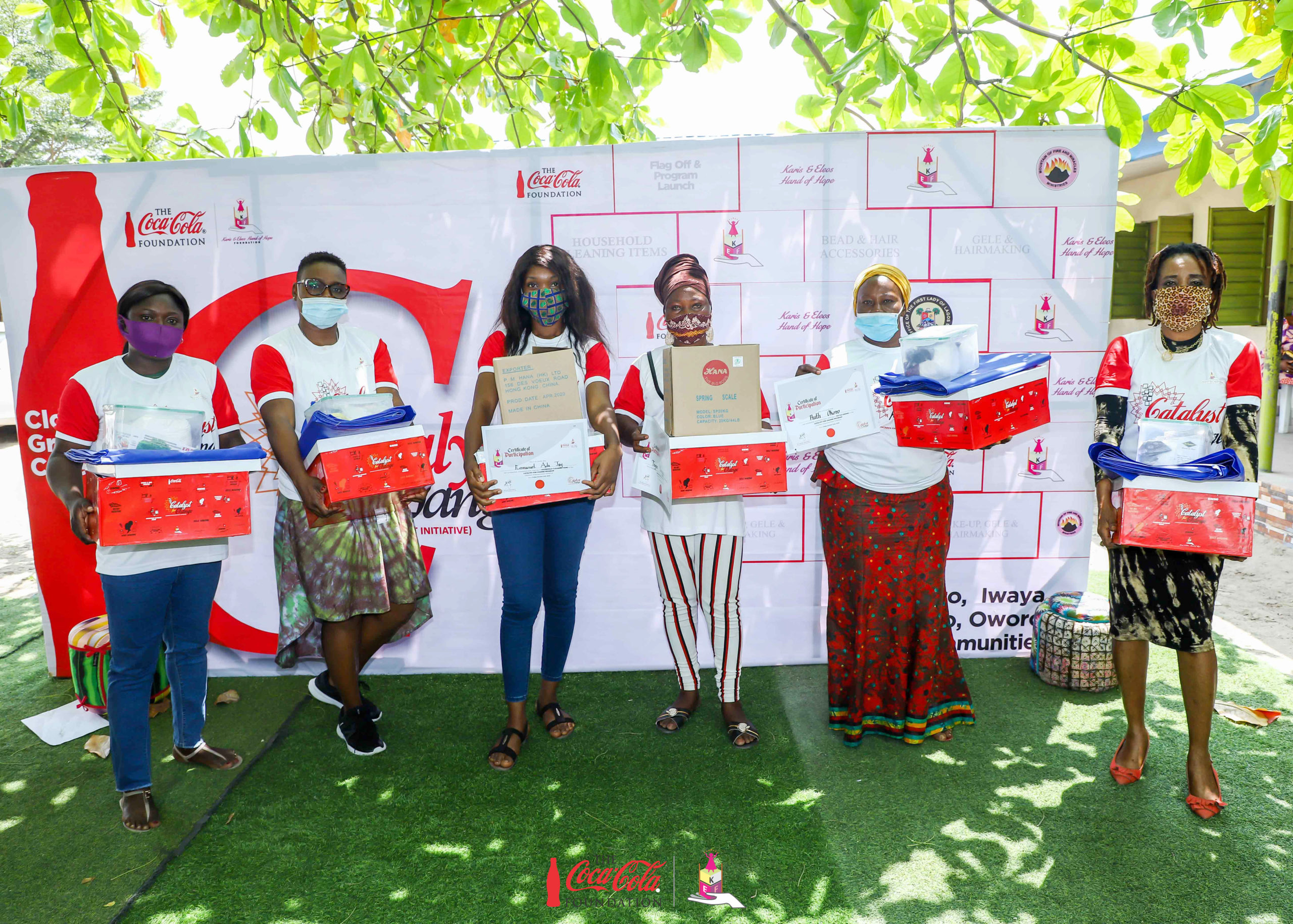 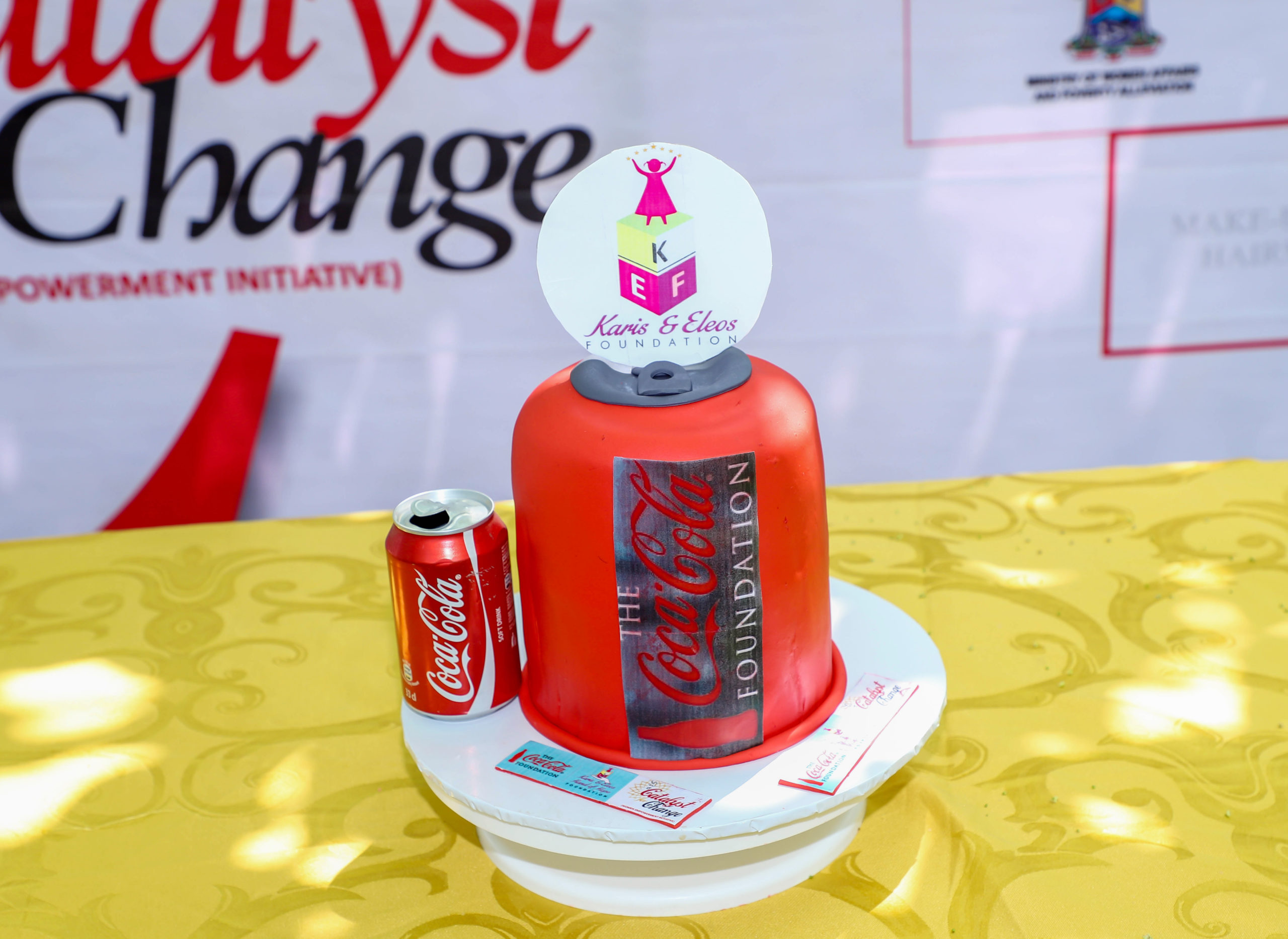 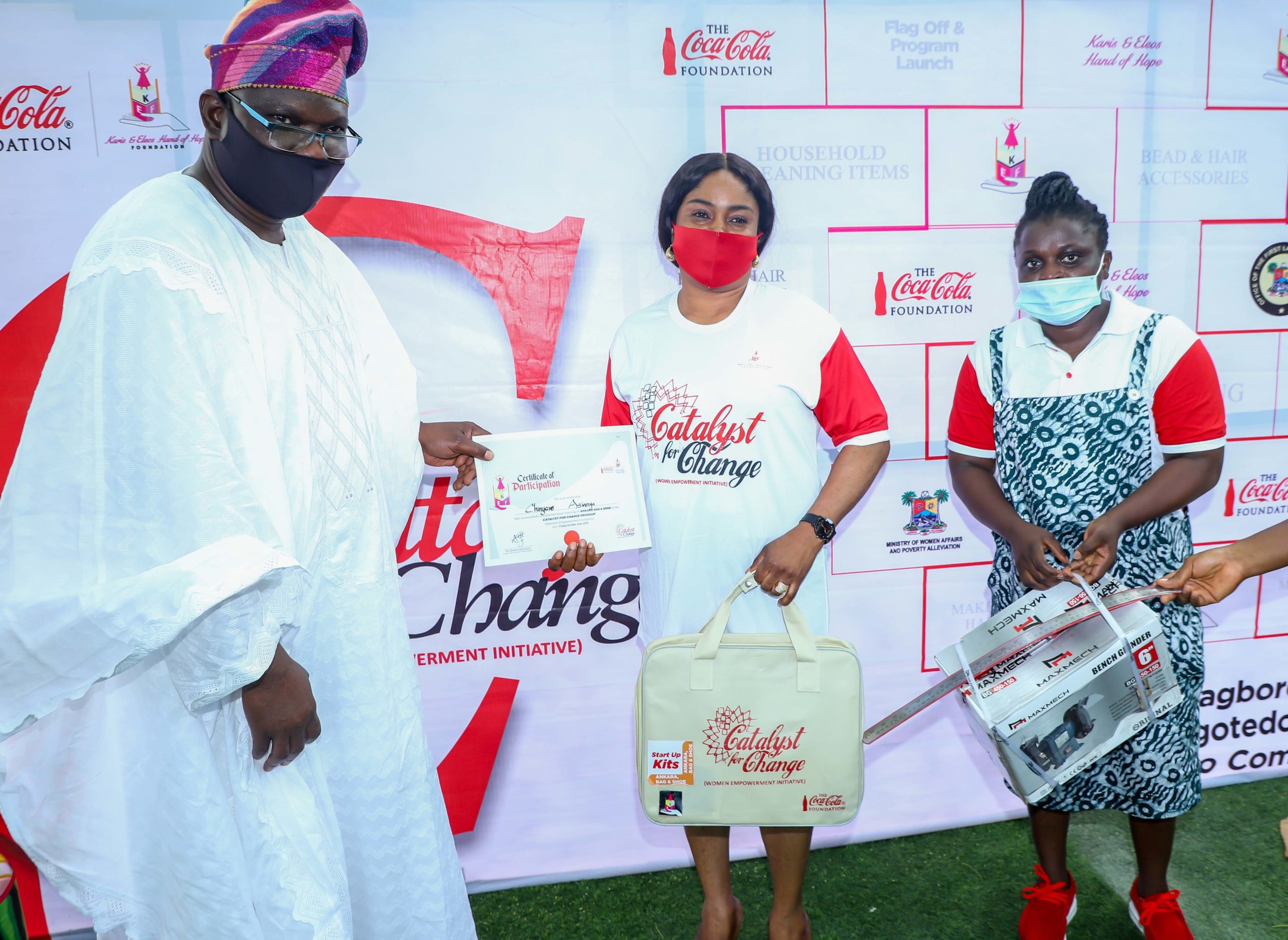 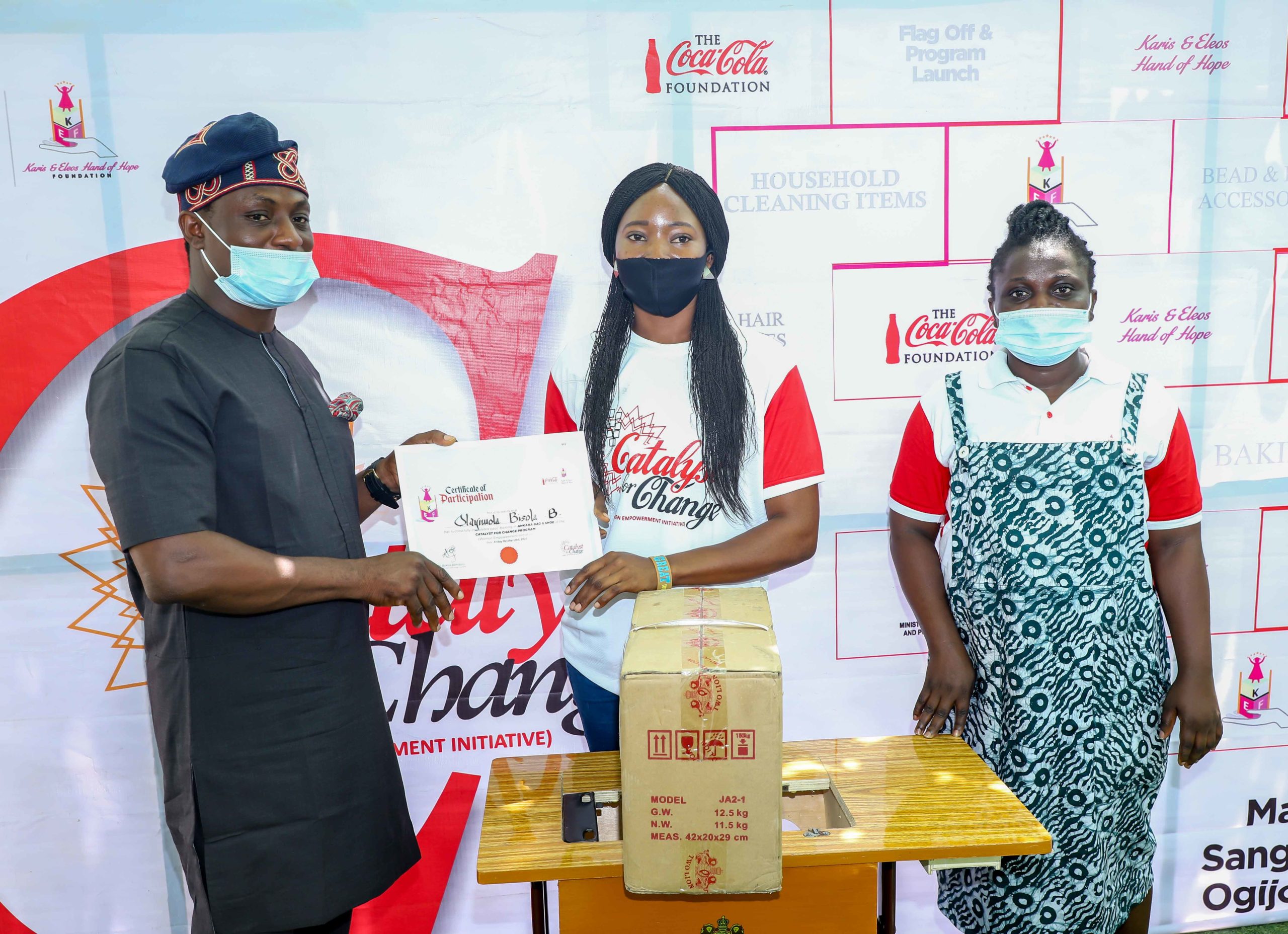 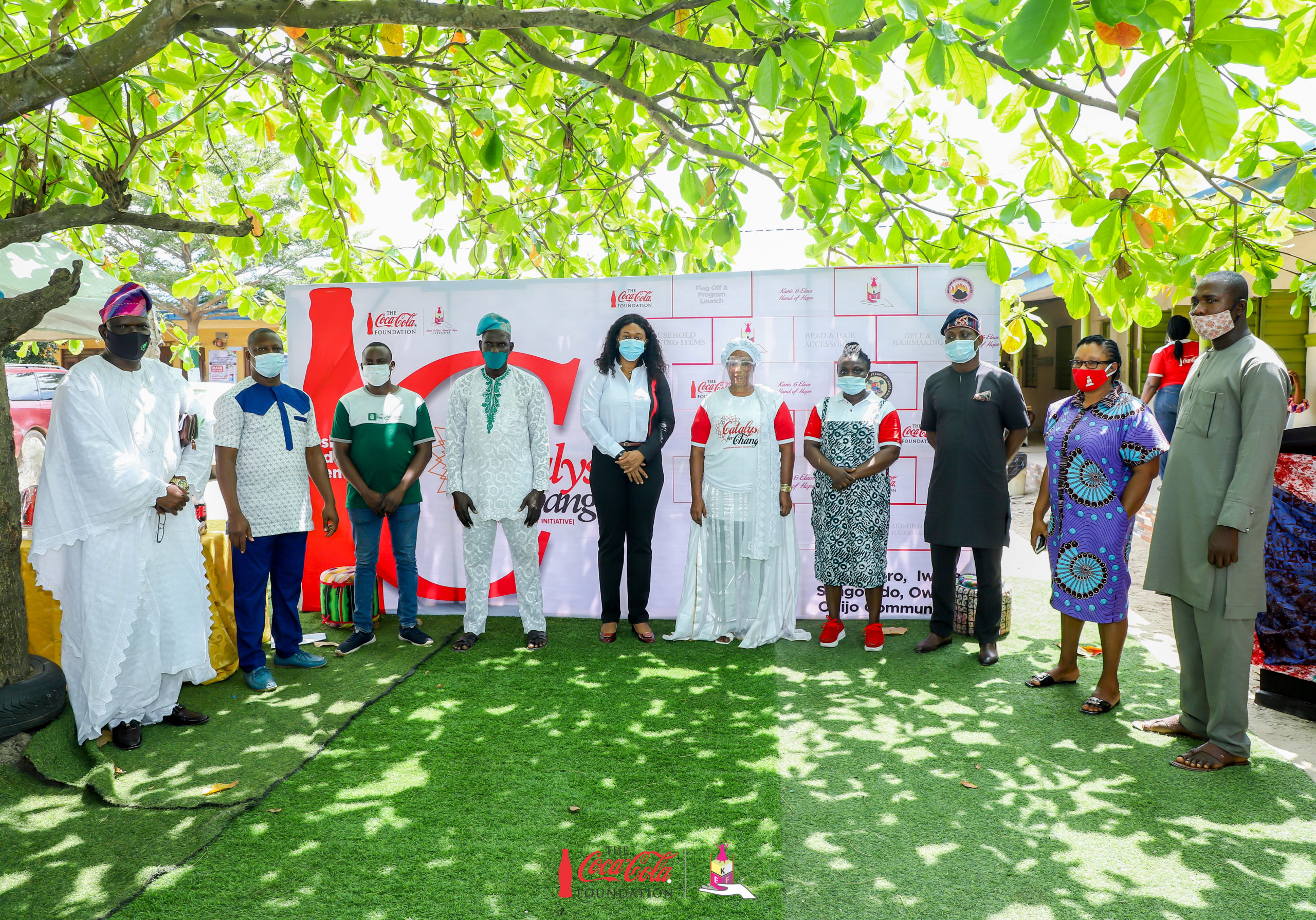 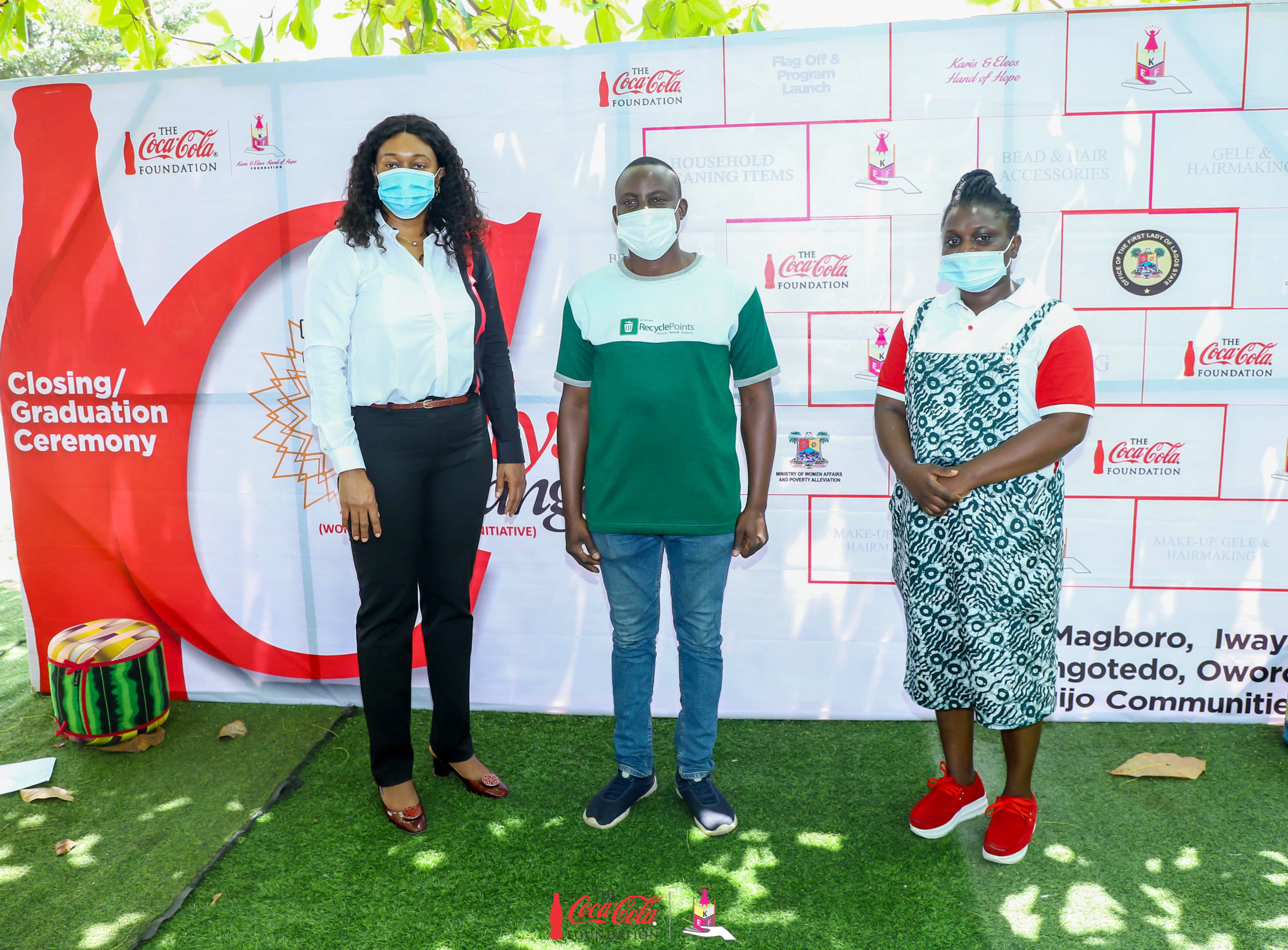 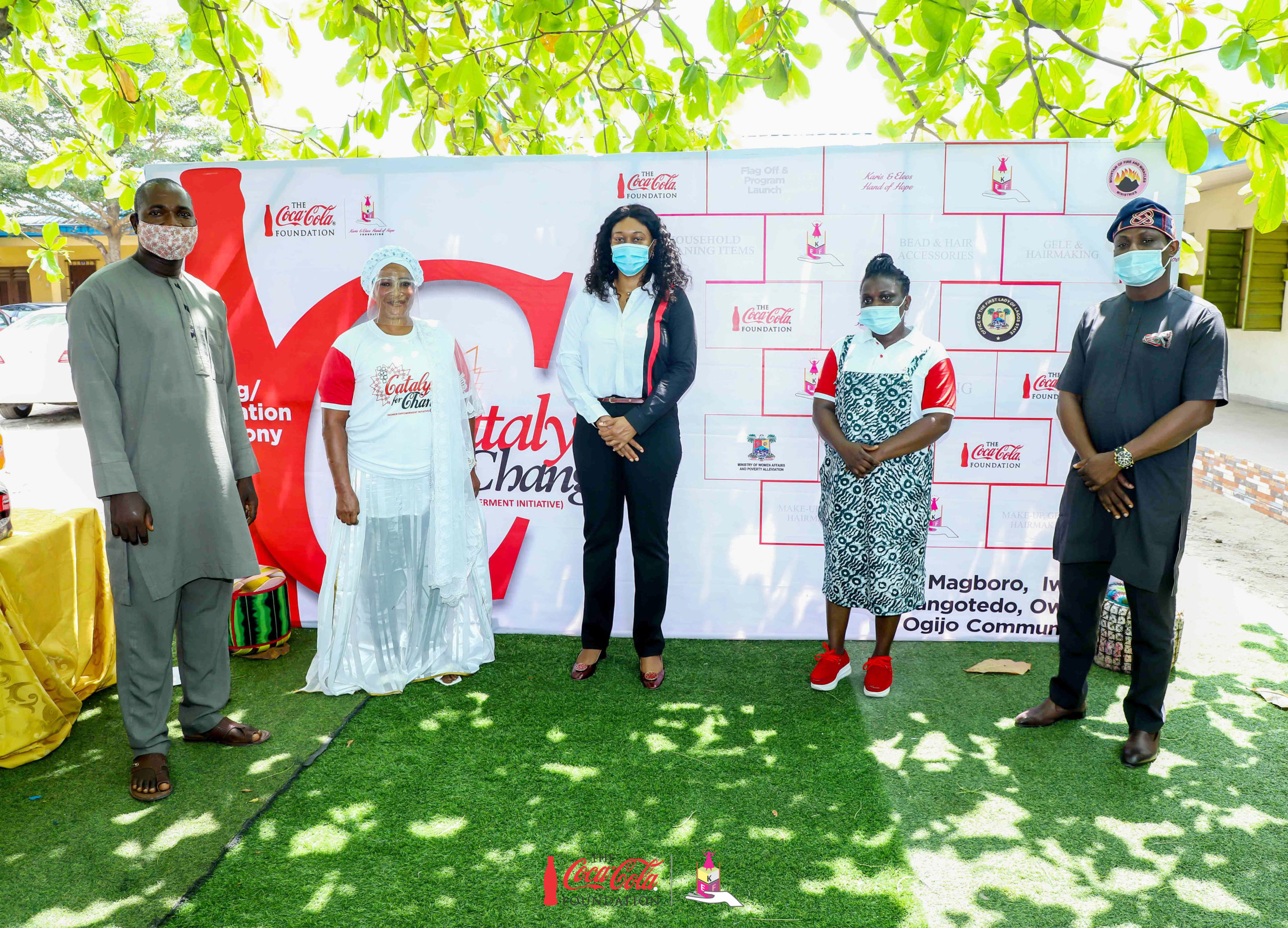 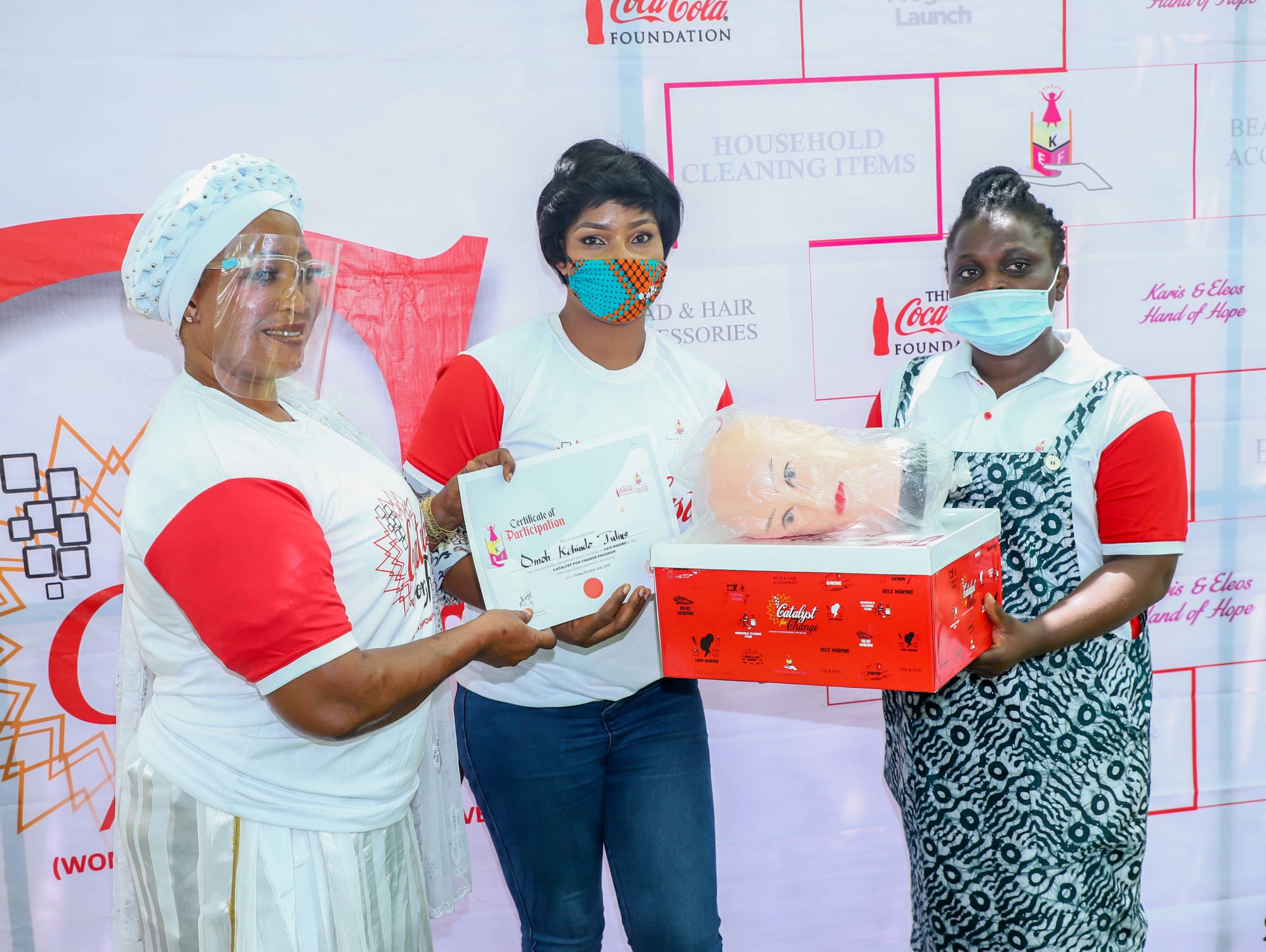 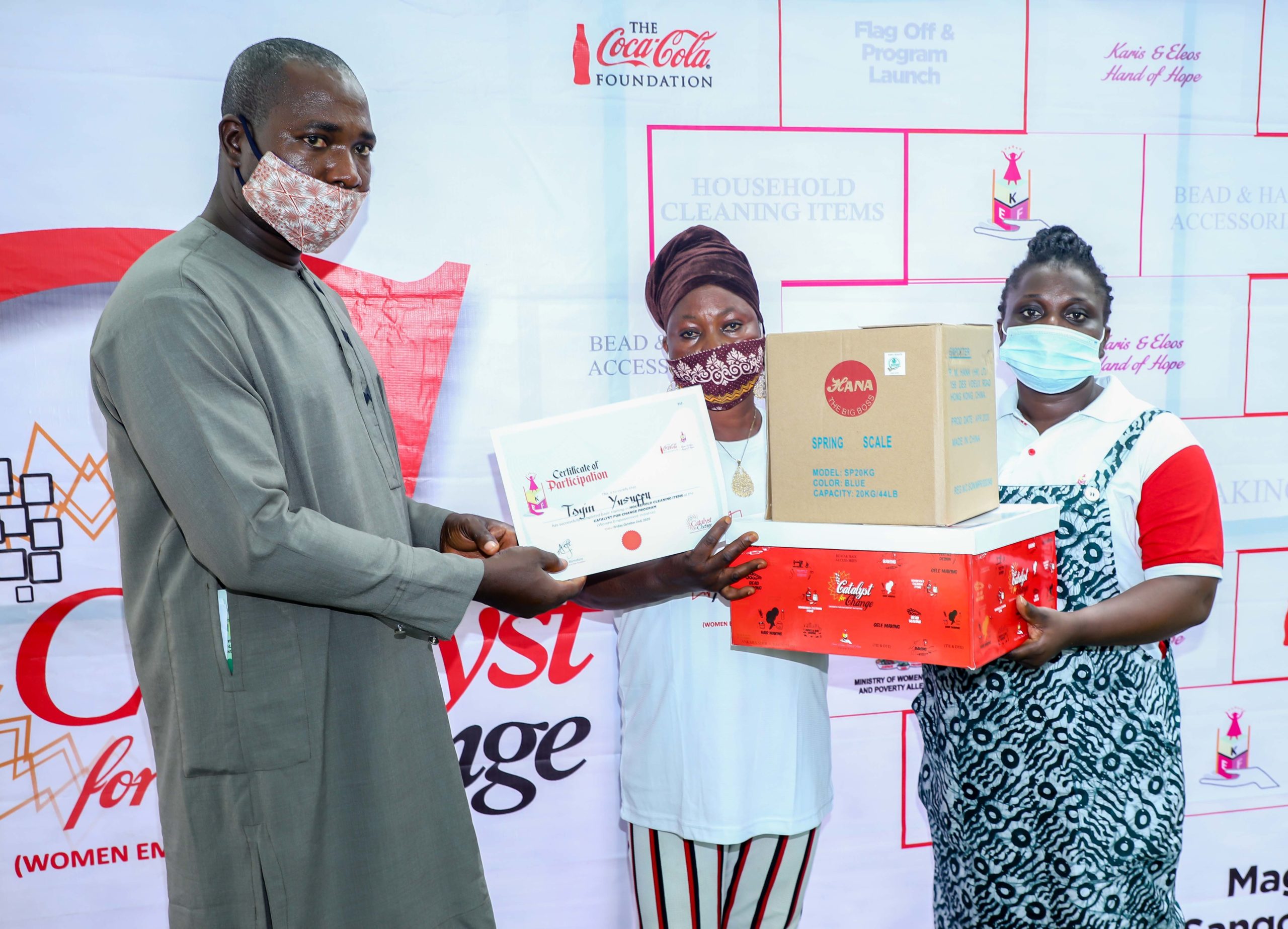 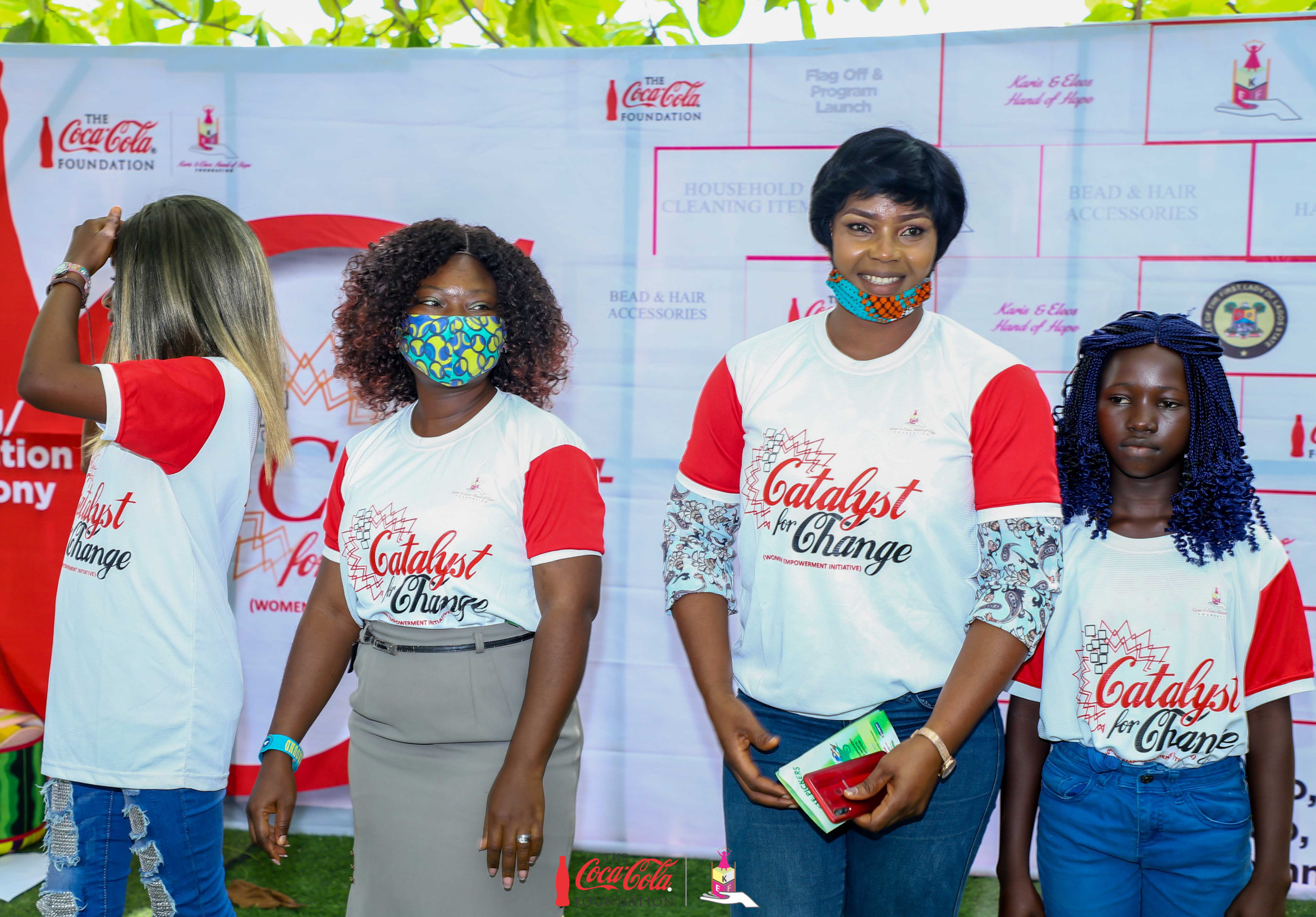