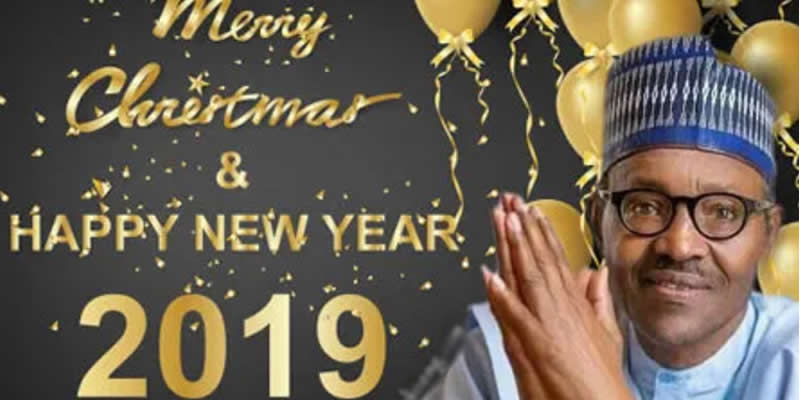 Christmas is here again. It is a season that brings people from far and near together in joy and celebration. It has been so for decades in Nigeria until some evil minded persons saw the assemblage of people occasioned by the conviviality of the season to perpetrate  their wicked plots.

In doing so,  they exerted maximum damage on an innocent and unsuspecting citizenry as they turned the soothing carols of Christmas to dirges and the gathering in social circles to hospital visits as families struggled to cater for loved ones who have  fallen  victims of the acts of evil.
This was what has been happening in Nigeria since a terrorist group invaded the erstwhile peaceful landcape by seizing certain portions of the land.

Between 2009 and 2015, the fun and fanfare of Christmas was gradually replaced with fear and trepidation as the insurgents deepened their resolve to create panic land leaving billows of  smoke almost everywhere.
Nigerians turned captives in their homeland through no fault of theirs. They became like the proverbial Babylonian captives who sang in lamentation ‘how can we sing the Lord’s song in a strange land? Though they weren’t in any foreign land. The height of such inhuman  recklessness  was in 2011 when on Christmas Day, a day set aside for merry making and panoply, was  turned bloody and the season of happineness to a season crimson  blossom.
No fewer than 37 persons who went to worship at the Catholic Church at a small town called Madalla near Abuja were blown to their graves with 57 others left wounded in one of the most despicable and atrocious acts in recent times.

The bombs investigations later showed,  were planted near the  1,000 capacity church and its effect was felt in the whole vicinity as windows of the houses around were shattered by the explosion. As if that was not enough to shock a bewildered citizenry, another explosion hit the Mountain of Fire and Miracles Church in Jos, Plateau State,  on the same day.

The terrorists had intended worse as two other bombs were found in a  building near the church and many testified to seeing gun wielding men fleeing the vicinity shortly after an alarm was raised.
Before people could recover from the shock of the two unfortunate incidents, two major towns in Yobe State, Damaturu and Gadaka also felt the  pang of the grim reality with multiple explosions happening there. The one on Gadaka was also in a church.

The frequency of the occurrences within the same period subsequently made people to develop a different attitude towards spending Christmas in Nigeria. Rather than see the season  as an opportunity to roll out in resplendent robes and to seek  where to catch fun as they all want to do on such occasions, people began to see Christmas as the reason to stay indoors.

Churches cancelled their night programmes and built high walls around their premises while quickly dismissing the congregation  out of fear.
But as people troop out in preparation for this year’s Christmas,  no such fears abound. Since 2015 when the current administration was inaugurated, so much effort was put in place to ensure the life of the citizenry is secured.
The first indication that it was not going to be business as usual for the terrorists was the directive by the president for the relocation of the operational headquarters of the Nigeria armed forces to the theatre of war.

Then followed the appointment of capable hands to head the armed forces.
General Tukur Yusufu   Buratai on assumption of office as chief of army staff wasted no time getting the troops ready for action.
Like Shaka, the great Zulu warrior who initiated military reforms and transformed a ragtag army to a well-organized and centralised millitary might that established the Zulu State, Buratai brought reforms that changed the orientation of the average Nigerian soldier.

Like Shaka’s transformation of the army through innovative tactics and updated weaponry, Buratai brought reforms that served to boost the morale of officers and men and the inherited complaints of lack of proper welfare became a thing of the past
The reforms and  strategy introduced gave the military upper hand as they took the insurgents by surprise in their fortress and the concentration of such onslaught saw the Boko Haram terrorists running for dear lives. Weapons were procured at speed and mobilised across the theatre of war and positive results began to pour in.

The low morale of the army gave way to high spirits as men and officers which under  the previous dispensation were quitting due to lack of confidence became charged begging to be allowed to route out the terrorists. Many of the insurgents on seeing superior fire power and war strategies began to beg for forgiveness. The heavy casualty toll on their  side  caused  a split in their ranks as the centre could no longer hold. Our military took the dreaded Sambisa forest and established a base at Camp Zero.
Gwoza a local government headquarters which was previously captured by the insurgents and designated the capital of the Caliphate was recaptured by Nigerian troops and its people liberated.

Local governments areas in Borno, Yobe and Adamawa States that were under Boko Haran were  liberated and the insurgents were pursued to precincts on the fringes of the Nigerian border and began to prey on soft targets to be able to eat.
What was taking place in those territories quickly gave Nigerians a new lease of life.
The miniser of information, Lai Mohamed announced that the insurgents were technically defeated and degraded. He was right as  IDP camps no longer surged with women  and children but were steadily being depleted of displaced persons.

More and more persons in such camps relocated to their recaptured communities living normal lives as before.
This implies that the current administration has lived up to one of its  cardinal promises to secure  the lives of the citizenry. For this, Nigerians are grateful to the president and the military top brass especially the chief of army staff that caused this to happen.
As we wish ourselves happy Christmas, let us not forget the military men who are still at vulnerable communities to ensure we have a peaceful and secured Christmas.  And let us wish ourselves  a happy Christmas again under Buhari.