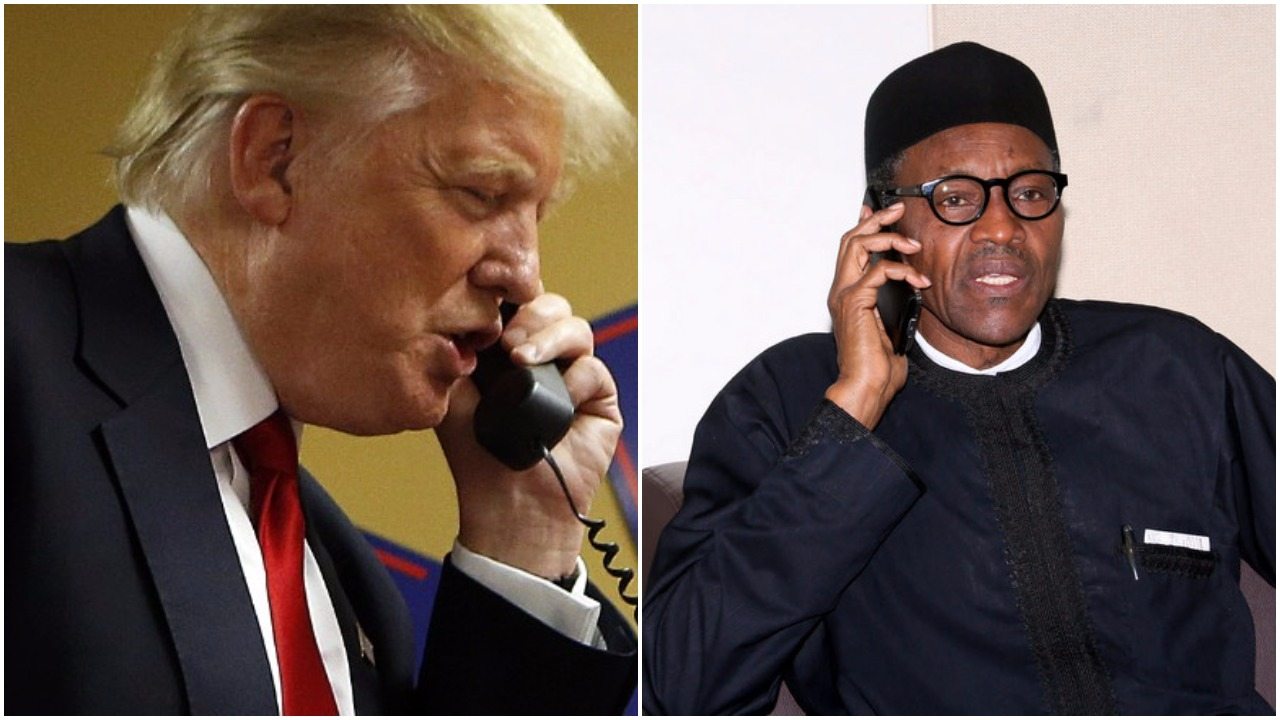 The Presidency has provided more details about the telephone conversation between President Muhammadu Buhari and President Donald Trump of the United States of America.

DAILY POST reported earlier that there was a telephone conversation on Tuesday afternoon between Buhari and Trump.

A statement to DAILY POST on Tuesday night, signed by Femi Adesina, the President’s Spokesman, explained that during the meeting “the two leaders commiserated with each other on fatalities in their countries, caused by the COVID-19 pandemic.

“They also shared ideas on how to successfully combat the health emergency.”

Adesina added that “President Buhari expressed condolences to the government and people of the United States over the fatalities recorded, and equally expressed worry at the high rate of deaths recorded across the world.

“The associated negative impacts of the pandemic on the world’s economy also came up for discussion.”

He said the Nigerian President “lauded his American counterpart for the various initiatives adopted by his government to contain the further spread of the virus across the United States.”

Buhari “indicated Nigeria’s readiness to cooperate with the United States to fight this common unseen enemy.”

President Buhari “informed Trump that Nigeria had taken a number of proactive measures to contain the spread of the COVID-19 across the country,” according to Adesina.

The President also “welcomed the valuable friendship and expressed appreciation to President Trump for reaching out at this time.”