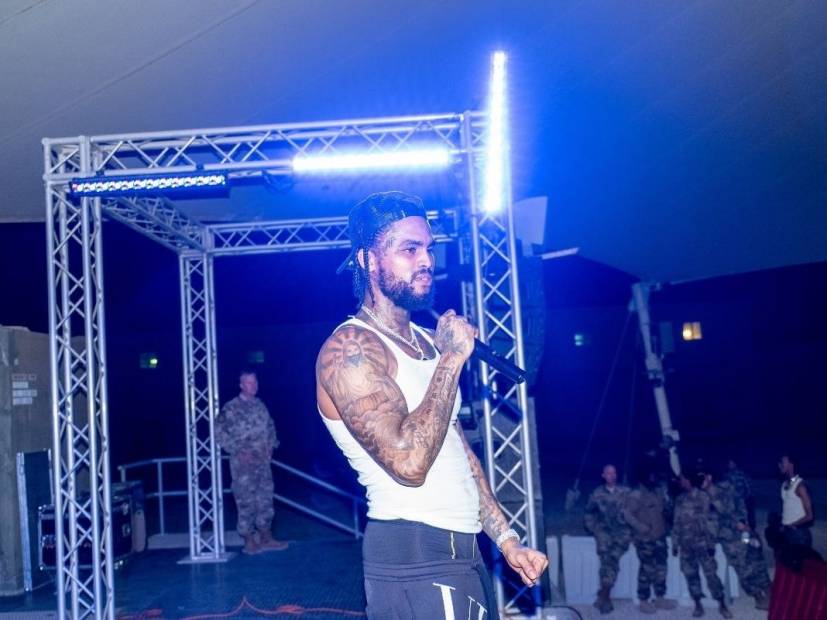 Doha, Qatar – Dave East rang in 2020 with an act of service by performing for U.S. military troops at the Al Udeid Air Base in Qatar.

“Qatar Was Insane,” the Harlem-bred rapper wrote on Instagram, “First Time Ever Being On A Military Base. And They Knew My Shit Word For Word. Met The Colonel, Seen Some Fighter Jets. Salute The Troops.”

East’s performance occurred just days before the Pentagon announced that the U.S. will deploy an additional 3,500 troops in the Middle East, as repercussions for the death of Iranian military leader Qasem Soleimani ring throughout the region.

According to The Washington Post, a targeted U.S. drone strike killed Soleimani on Friday morning (January 3) in Baghdad, Iraq. The attack heightened tensions between the two countries, with Iran now vowing to take “severe revenge” on the U.S. following Soleimani’s death.

East’s performance also wraps up his Survival Tour Part 1, which saw performances in both North America and Europe, ending in Portugal last week.