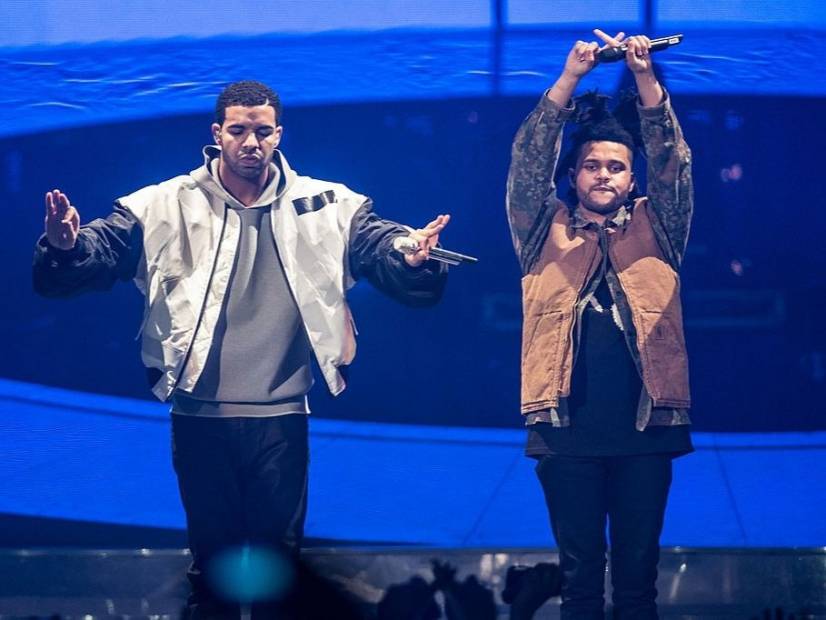 Drake surprised his fans with an early Christmas present in the form of new music. The rap star released the track “War” Monday (December 23) where he talks about his longstanding beef with former collaborator The Weeknd.

In the UK-inspired song, Drizzy compares the singer to Michael Jackson, calls him family and revealed that the two had to patch things up.

Drake raps, “OVO XO link up, mandem drink up, me and the drillers/Hawk and Sticks and Cash and Baka, Gucci, P, and Gilla/And the boy that sound like he sang on Thriller, you know that’s been my nigga/Yeah, we just had to fix things, family, 6ix tings, we can’t split up”

The lyrics are a sharp contrast from when the two Canadian natives were at odds. In January, The Weeknd allegedly dissed Drake on his single “Lost In The Fire.”

During the melee even Drizzy nemesis Pusha T retweeted the song in support of the supposed slight. In response, the OVO boss unfollowed The Weeknd on Instagram. As for now the beef is in the past, as the two mainstream artists have made peace according to “War.”

Check out the new song above.