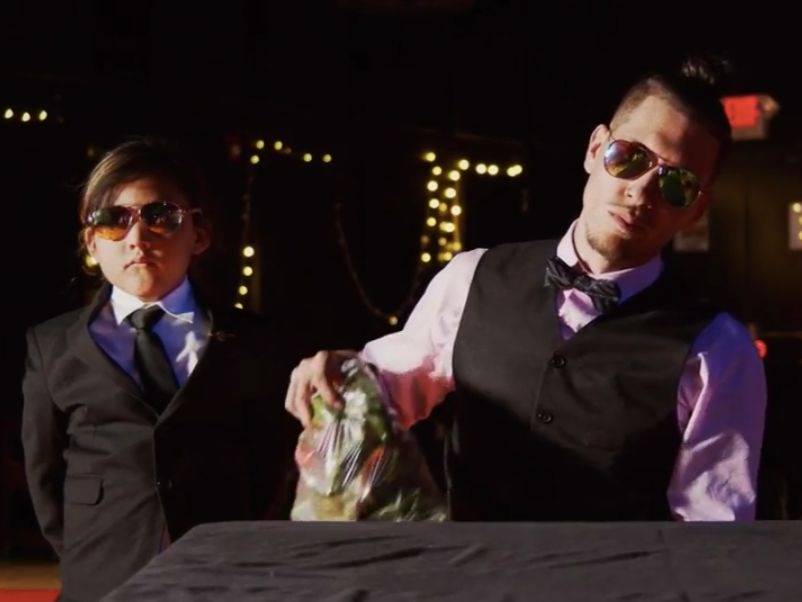 HipHopDX Premiere – Prior to Wake Self’s passing, he’d already shot a video for “No Vacancy,” one of 11 new tracks on the New Mexico MC’s posthumous album Ready To Live.

Directed by Alec Brown, produced by Noor-Un-Nisa Touchon and shot in Santa Fe, the visual is a Zia-flavored take on a classic mobster tale — only the precious cargo isn’t bricks of cocaine or pounds of marijuana. This time, it’s the highest grade of New Mexican green and red chile. With the help of a tiny, well-dressed sidekick, Wake meets up with another chile peddler to make a trade.

The problem? The man (played by DJ Stigmata) tries to pass off Colorado chile as the real deal. From there, it’s on. The little girl-in-black unleashes her kung-fu on the unsuspecting chile dealer and strangles him with a ristra as chaos ensues.

“It was a humbling experience getting to work with Wake Self,” Brown tells HipHopDX. “Our collaboration started when Wake’s partner and video producer, Nisa Touchon, brought me on as an animator and editor for a few upcoming projects that she was collaborating on with Wake. Nisa asked me to direct ‘No Vacancy’ and I was honored.

“The nights spent with the three of us ideating around the kitchen table, coming up with too many ideas to count got all the creative juices flowing. Wake knew exactly what he wanted, and we ran with it all.”

Brown adds the actual filming process was “fun” due to the “energy and humor everyone brought.”

“Wake really did take a bite out of that green chile at the end, actually it was five takes, so it was five bites,” he says. “We were like, ‘Are you sure?’ And he said, ‘Let’s go for it!’ Wake and Nisa made sure they were local chiles too, so they were hot.

“Lilliana Gonzales-Duran, who played The Bodyguard, could not have been more epic. So many takes, especially when she whips the ristra out at the club, had us all cracking up and marveling at her talent.”

Wake was two days away from releasing Ready To Live when he was struck and killed by a drunk driver on November 5, 2019. He never had the chance to see the project fully come to fruition. But with the help of his friends and family, the album is able to see the light of day and, in turn, continue his legacy.

As Wake spits in the song, “Life is like a movie/But don’t be an actor homie,” he stays true to his soul throughout the album. Much like 2016’s Malala, he spreads messages of positivity, encouragement, faith and compassion on every track.

Watch the “No Vacancy” video up top and find Ready To Live here.