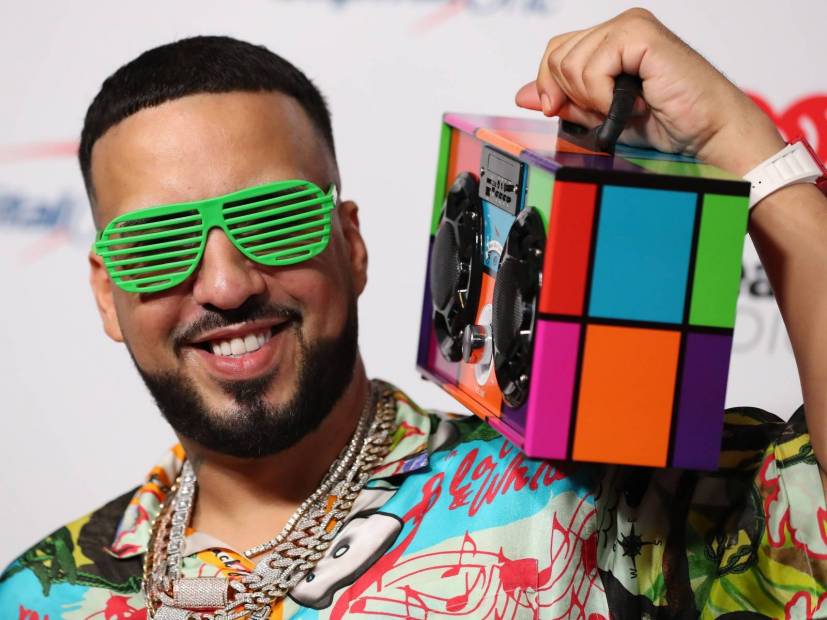 French Montana is giving 50 Cent a taste of his own medicine. Not long after Fiddy referred to Montana as a “junkie,” the Morocco-born rapper fired back with a meme of 50’s face photoshopped with Tekashi 6ix9ine’s signature tattoos, only instead of “69” on his forehead, he has “59.”

In the caption, he accuses the Power mogul of buying the rights to 6ix9ine’s life story and encourages everyone to leave a rat emoji under his Instagram posts.

“TRUE STORY !!” Montana began in all caps. “TELL THE WORLD HOW YOU PAYED FOR THE RIGHTS TO TEKASHI 69 LIFE STORY ! YOU THOUGHT I WASNT GOING FIND OUT …. NOW WHY WOULD YOU GO AND DO THAT !!

“KNOWING THE PEOPLE ALREADY SAID YOU WAS THE BIGGEST RODENT IN NY !! LIKE FATHER LIKE SON !! Everybody go under his page and put the [rat] emoji lol CANT BULLY A GROWN ASS MAN 59.”

Montana also shared a video clip of a British news story that called out 50 for essentially being a fraud. In a 2007 episode of MTV Cribs, Fiddy showed off his luxury car collection, which included three Ferraris at the time. However, it was later determined they actually belonged to a famous luxury car collector.

“BACK TO BACKKKKK FOR THE FINISH …..Ferrari club!!!!” Montana captioned the post.” OHHHHHHHHH DAMMMMNNNNNN HOW DARE YOU TALK ABOUT MY 2 million DOLLAR BUGGATTI MR 59 WHEN YOU STUNTING WITH ANOTHER NIGGA’s CARS ON NATIONAL TV …….THE RAT IS OUT THE BAG. YOU TRIED TO BULLY THE WRONG ONE TODAY.”

On Monday evening (December 30), 50 continued clowning Montana over his “old” Bugatti, shortly after Montana labeled him a “dinosaur.”

In addition to the original post, which started this whole e-beef, 50 shared a clip of what looks like the same Bugatti Montana purchased and the caption, “pop smoke already smoking in ya car girlfriend. Get that old shit out of here 2020 you junkie.”

But Fiddy wasn’t done there. He shared a couple of other posts to his Instagram account, relentlessly trolling the “I Stand With Immigrants” ambassador for the roughly $1.5 million car purchase. Perhaps that’s why Montana is showing the Get Rich Or Die Tryin’ OG no mercy.

Check out the posts below.

VIDEO: Zlatan Brings Tiwa On Stage at “Zanku to the World” Concert 2020