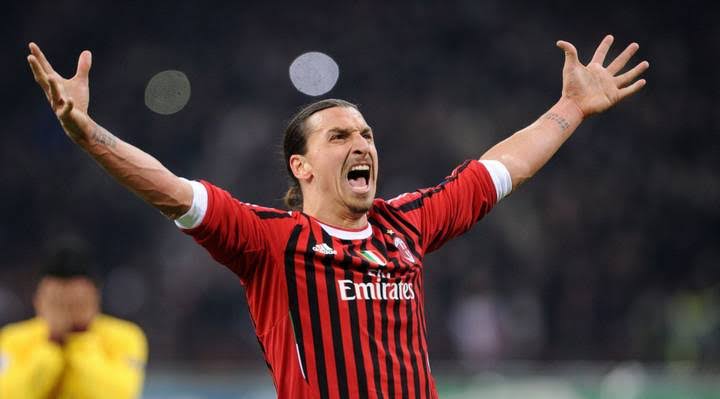 Former Sweden international Zlatan Ibrahimovic has rejoined Serie A giants AC Milan, Ibrahimovic signed a six-month contract with struggling Serie A side AC Milan with the option of an additional year, the Italian club confirmed on Friday.

“I’m coming back to a club I hugely respect and to the city of Milan I love,” the 38-year-old said on the club’s website.

“I’ll fight together with my teammates to change the course of this season. I will do everything to make it happen.”

AC Milan are struggling in 11th place after a 5-0 thrashing against Atalanta last weekend, their worst defeat in 21 years.

“The club and the striker have agreed on a deal until the end of the current season with an option to extend the contract for the next one,” Milan said in a statement.

Ibrahimovic will arrive in Milan on January 2 to take his medical and join his teammates for his first training session, the club added.

Ibrahimovic played for two seasons between 2010 and 2012 with AC Milan, helping them to their last Serie A title, and scoring 42 goals in 61 league appearances.

He also won three league titles with Inter Milan, and two with Juventus, which were both revoked following the ‘Calciopoli’ match-fixing scandal.

AC Milan’s first game after the winter break will be at home against Sampdoria on January 6.