Hours after protesters reportedly Iranians stormed the US Embassy in Baghdad  Iraq on Tuesday afternoon which led to the destruction of properties and setting sections of the wall on fire, the President of United States, Donald Trump has issued threats of retaliation against the Islamic Nation of Iran.

According to reports, dozens of Iraqi protesters stormed the US embassy compound in Baghdad, Iraq on Tuesday and smashed the main door, setting fire to the reception area after US Military launched attacks on Iran backed Kataib Hezbollah, killing 25 suspected terrorists as retaliation for last week’s killing of an American contractor in a rocket attack on an Iraqi military base. 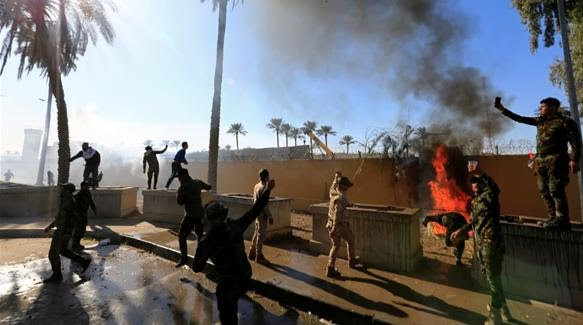 While reacting on the incident via his Twitter account, Trump stated that Iran will be responsible for any loss of American properties or lives and the US will retaliate.

He revealed that US Marines had just landed in Baghdad, referred to his actions as ‘anti-Benghazi’, said Iran will pay a very big price if American lives or properties are lost or damaged and said the dictatorial Islamic regime shouldn’t see his tweets as a warning but a ‘threat’. 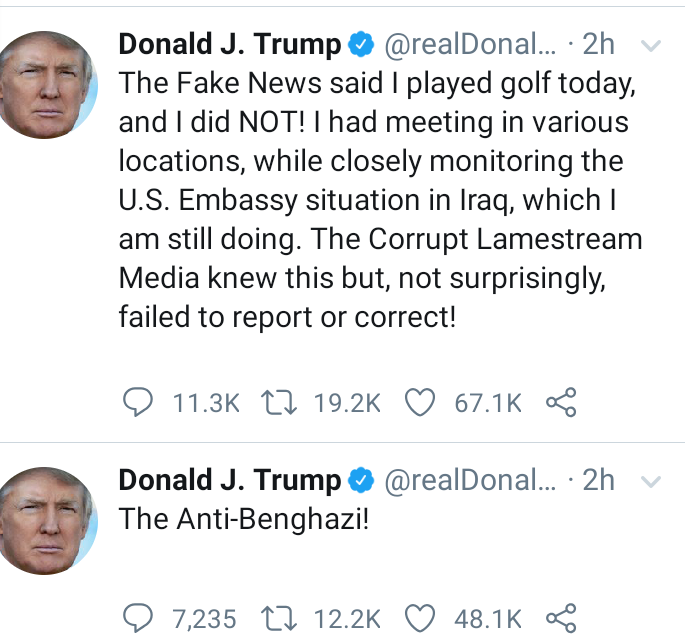 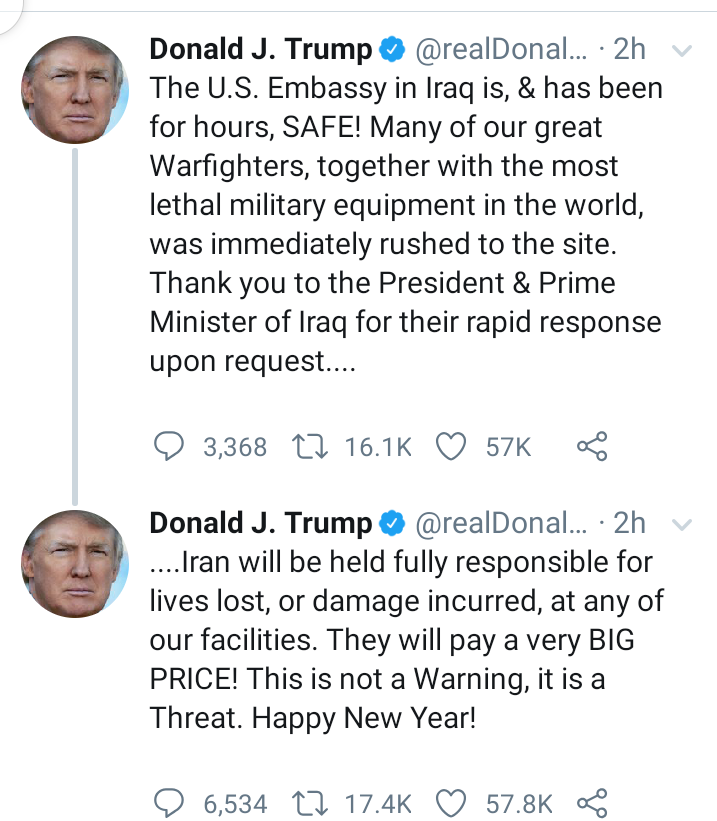