Grammy-nominated artiste, Burna Boy, and his entourage allegedly inflicted injuries on party goers at a club in Lagos and a victim has given full details of what happened.

According to the lady, Burna Boy and his entourage got into a fight with some men at the VIP section of DNA club last night.

Things got out of hand as Burna Boy and his men got violent and had everyone in the club running for dear life. She approached the singer to calm down with the fighting but her pleas fell on deaf ears.

The lady further revealed that upon leaving the club with his girlfriend, Stefflon Don, the singer sarcastically advised her to get to the hospital for treatment as she was severely injured.

She expressed her disappointment in the singer as she could not believe that such a respected singer would act in such a manner.

She called his leadership weak for someone that constantly preaches about African unity. 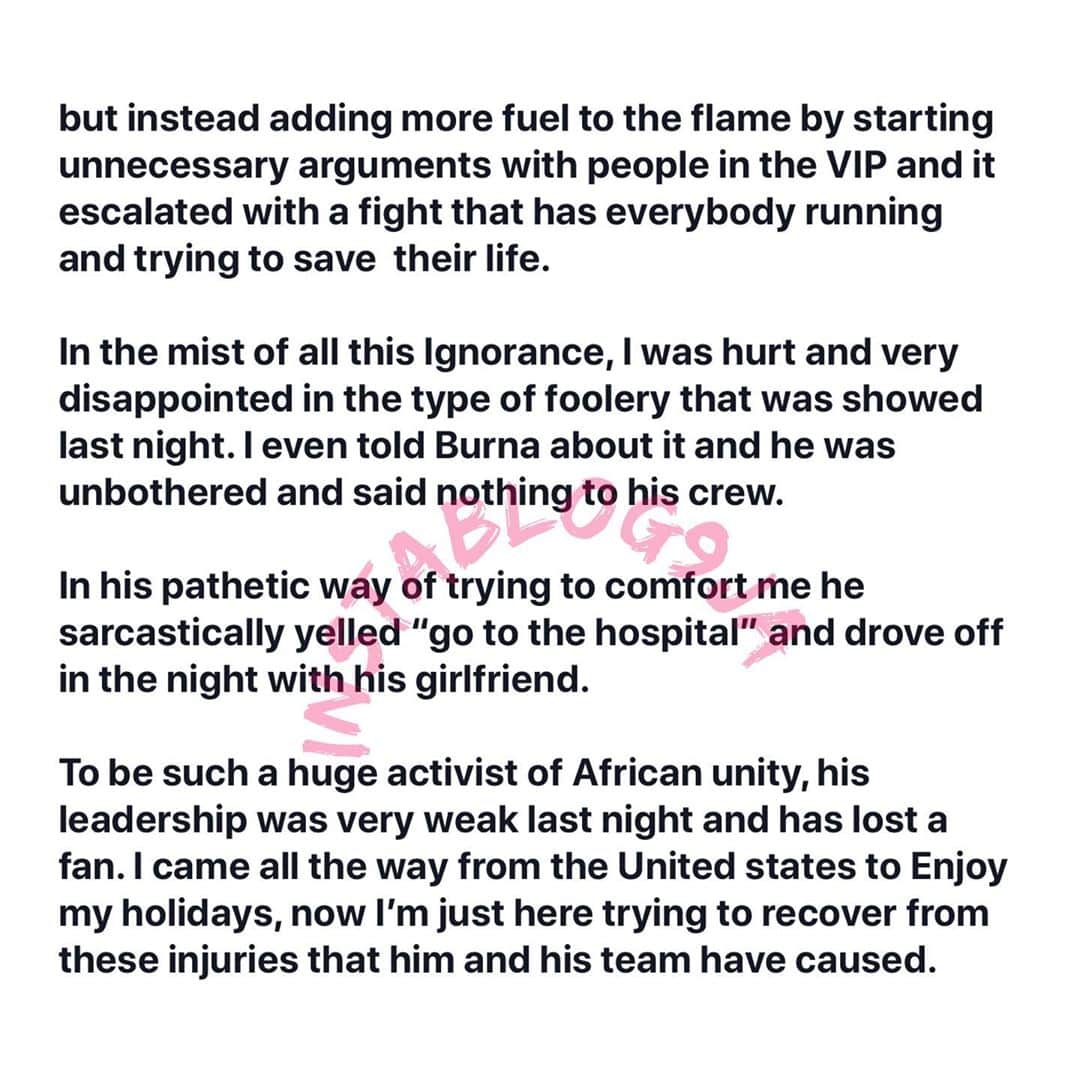