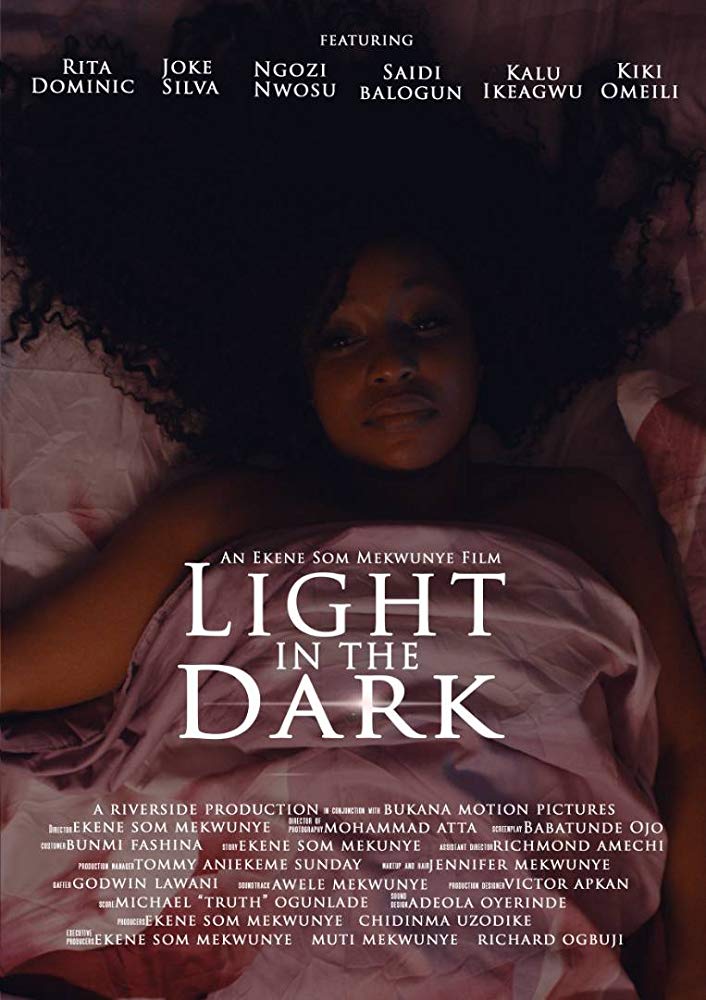 LIGHT IN THE DARK is the type of movie that feels like it should screen at a church. It is so morally upright and judicious that it feels like it belongs in a place of worship.

In LITD, an intertribal couple overcomes the societal odds against them and builds a happy home, and they continue to thrive until one night when a stray incident attempts to change their lives forever. Rita Dominic and Kalu Ikeagwu, play our overtly proper antagonists in quite a blasé manner. However, it’s unfair to blame their performances entirely because the writing in this movie is the kind that is very monotonous – aka the good guys are only good and the bad guys are only bad. If there’s any variety, it comes in the expected final moments when characters have the required ‘awakening’ that concludes the film.

At the end of the movie, the moral lessons abound and I could spend a while listing them all – or you could watch any ‘old nollywood movie’ of your choosing because those movies have also sent this message – sometimes, a bit more interestingly. There’s an overwhelming drag that consumes this film after the exposition and the rising action, it almost feels like it would have done well to have been a short film so it could arrive at the obvious and inevitable end much quicker.

It was fun, though, watching the director, cinematographer, editor and music engineer attempt to orchestrate a visual delight. There were many scenes that were shot beautifully but not all, and the drag of the story makes it hard to appreciate much else.

P.S: I’m still lost as to why it was necessary for this couple to be from different parts of the country. Why was the wazobia effect necessary for the story they were trying to tell?

Yomi – All My Heart

Davido reacts to tweets implying he is not Ifeanyi’s father

Lassa Fever has Returned | Check out the Latest Reports