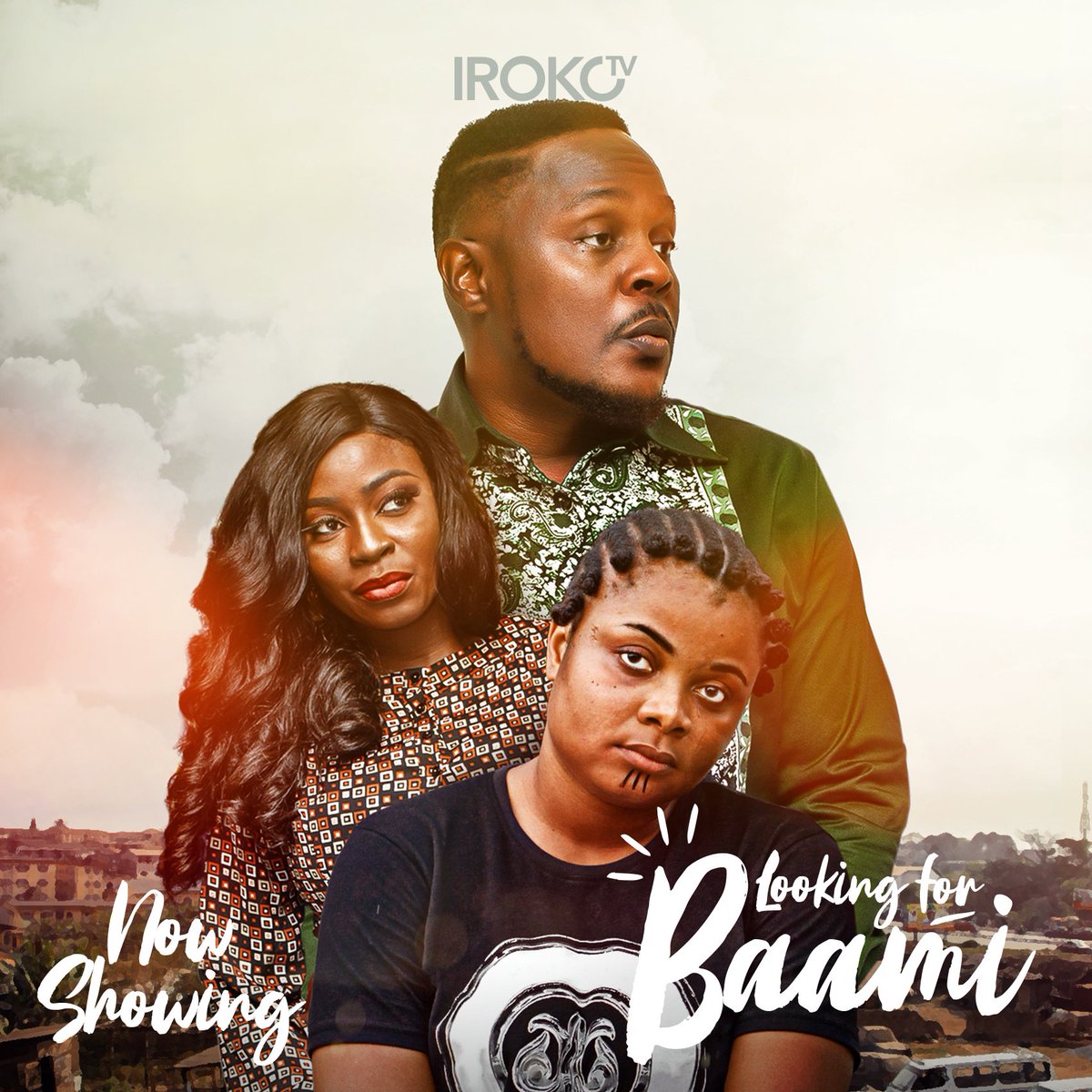 We’ve seen the many stories of the rich teenage boy that makes the naive village girl fall in love with him. We’ve seen many stories of that girl getting pregnant and having to face the world alone. This is one of the few stories about what happens after the child grows up and goes out to look for her father.

In Looking for Baami, Ajinde – who recently lost her mother – goes to the office of a rising young entrepreneur, Femi Oshinowo, and tells him that he is her father. She is an eighteen year old girl from the streets who looks, walks and talks the part. He is suave, clean and sophisticated and cannot reconcile the possibility of having fathered a child talk-less of a child that would be this grown or grow up to be like this. Femi Jacobs (as Femi Oshionowo) and Bimbo Ademoye (as Ajinde) then proceed to spend the next 90 minutes in this push and pull that on paper might make you question whether its enough to hold your attention, but on screen it manages to do the job just fine.

In the future, when we think of Looking for Baami, it will be thought of with the likes of The Backup Wife. It’s that movie that takes prime spot in the highlight reel of Bimbo Ademoye’s acting career. The role of Ajinde was one that required Ademoye to bend her persona and she went all in. From her walk, to her talk, to her expressions and mannerisms, she convinces you that she comes from a different world and even has you empathizing with Femi who is trying to reconcile both worlds. Kudos don’t just go to Ademoye here, but also to Biodun Stephen for the shots that capture the moments so astutely. In addition to this, she still tugs and pulls at your heartstrings. In that office scene where she confronts Baami, you feel her pain and root for her intensely such that by the end of the movie when she says “se pe I can call you Baami”, you might be tempted to weep. It’s not all roses though because if you think too hard you might find it a bit hard to think of Ajinde, as she is portrayed, being eighteen years old.

Like many Biodun Stephen films, this takes a singular concept within a larger framework and focuses solely on that. The shots are beautiful, the music is made for the film, and despite its simplicity the story manages to hold your attention – at least up until the last 20ish minutes. However that’s all there is to the movie. There’s almost a taste for more that’s left in your mouth by the time the end credits roll around but its hard to fault it for that. All in all, everyone involved does a fair job of delivering a fine film with an unforgettable character.