Post Malone broke his own record for most weeks in the Billboard Hot 100’s Top 10. The Republic Records artist’s hit single “Circles” reached its 34th week in the Top 10, surpassing the previous high mark attained by his “Sunflower” collaboration with Swae Lee.

Prior to the release of the latest Hot 100 chart, Malone’s “Circles” and “Sunflower” were part of a four-way tie for most weeks in the Top 10. Maroon 5’s Cardi B-assisted “Girls Like You” and Ed Sheeran’s “Shape Of You” also spent 33 weeks in the Top 10.

The diamond-selling hitmaker’s achievement isn’t the first time he’s made history on the Billboard charts.

In 2018, he ended The Beatles’ longstanding run of having the most simultaneous hits in the Hot 100’s Top 20. Malone landed nine tracks in Top 20, crushing the legendary band’s record of six weeks set in 1964. 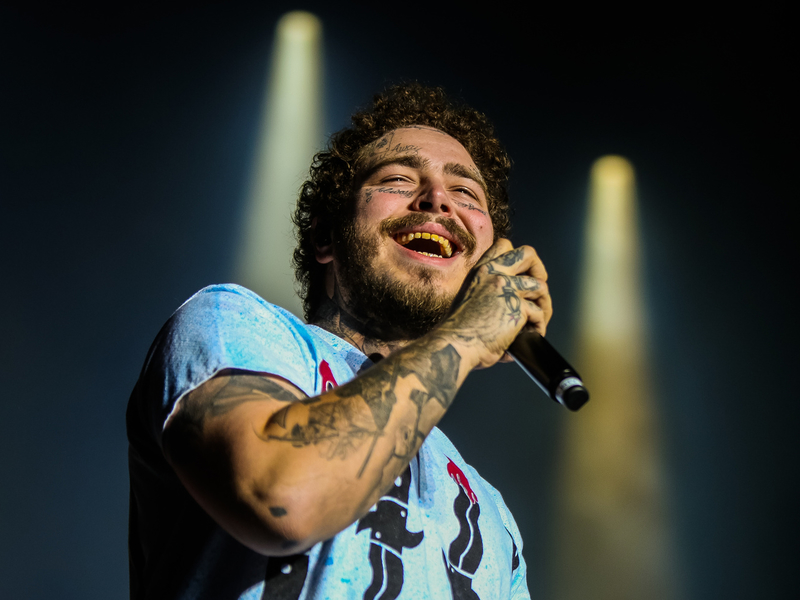 Malone’s “Circles” initially debuted at No. 7 on the chart dated September 14, 2019. The single, which appeared on his Hollywood’s Bleeding album, became his fourth No. 1 song last November.

Revisit the record-breaking hit below.