Both critically and commercially, the 80s and 90s were an unparalleled sweet spot for New York Hip Hop. As the rest of the world caught up, the Big Apple spent much of the 2000s stuck in an identity crisis with radio stations riding the southern wave heavy and many new artists unable to break out of local fame.

With the rise of artists like Joey Bada$$, Flatbush Zombies, A$AP Mob and the Griselda family, the East Coast reestablished the underground gritty, grimy sounds that helped them nearly monopolize print magazine covers as the golden era of Hip Hop began to bring in cartoonish sums of money.

Smoove L is part of a new type of New York sound, Brooklyn Drill. Other artists like Jay Gwuapo and the late Pop Smoke were also bringing attention to the new, club-friendly sub-genre.

With hits like “Ouu Ahh,” “Big Mad” and more recently “New Apolos” making a dent on the charts even without the clubs open, L is on his way, and late last year he took the next progressive step: signing a deal with Interscope Records. With a new single, “I’m Da Shit” and his first mixtape since signing his deal, titled Boy From Brooklyn, the 19-year-old MC spoke with HipHopDX about his newfound notoriety, his supposed feud with late Pop Smoke, and being an MC in a drill rapper’s body.

HipHopDX: 2Pac once noted that he had no creative spark during his time in prison. Though this is obviously different, have you still been able to make music during quarantine?

Smoove L: I really think I’m making more. I’ve been doing things inside, not so much social media, I gotta do that more, but on the inside I be working. I ain’t stopped because the world stopped. I’ve been shooting videos and things like that. I’ve also been working media-wise I haven’t been doing IG lives or anything like that but as far as music I’ve been productive.

HipHopDX: You’re known as a Drill rapper but from what I’ve heard you’re spitting real bars. Would you say you’re an MC that sort of fell into Drill?

Smoove L: That’s exactly what happened, cause I ain’t no Drill rapper. I did that shit right there and I kept going with it and going with it cause it was lit, but I got more music coming out besides Drill and I think people will really see my versatility. I don’t really fuck with Drill like that, I just do that shit cause the people like it, but in my new music, you’ll see more melody, more storytelling, more soul-touching with the subject matter. I’m an unpredictable artist.

HipHopDX: I noticed the Notorious B.I.G. poster in one of your videos and I’ve heard you mention him in an interview. Is that someone you’re influenced by, being from the same city?

Smoove L: I really don’t have no influences. I used to listen to A Boogie, he’s around my time that I came out. NBA Youngboy too, but the older I get I’m doing my own stuff now, so like when I do music and I listen to myself, I really think of myself like DMX. Certain songs be real aggressive and other songs will be calm. A lot of the songs I’ve been making I’ve been thinking about DMX. I don’t know why but it’s been in my head. Nowadays I listen to all artists cause there’s always somebody before you. Every artist today had another artist that inspired them wanna make music.

HipHopDX: You noted before you signed your deal that you liked to release music whenever it felt right. Now that you’re with Interscope has your routine and expectations of yourself changed?

Smoove L: Most definitely my routine changed. One thing about me I don’t like expectations. When I’m just doing me it’s better. Expectations make you worry and battle yourself. Too many things come with expectations. When you just do it, it’s better. I don’t really feel pressure. Everything could end by tomorrow, I just live life man. At the end of the day I do wanna leave a legacy but, I don’t feel pressure.

HipHopDX: No pressure but I think expectations are pretty high after a big 2019. What was the most memorable moment of last year for you?

Smoove L: Performing in my city at the Barclays Center in Brooklyn. It was crazy cause I probably had the biggest performance that day. It was Yams Day. A$AP Mob was there, Lil Yachty, Gunna, Casanova, it was a lot of people. I killed that shit and that was my first performance ever. I brought my whole family to that. I think it was sold out. When I came out it was just a light show. The whole arena got lit up. It was crazy.

HipHopDX: You and Pop Smoke seem to be cut from the same cloth musically. There was a supposed beef between you two based on a brief social media interaction. Do you feel like you two would have worked together if he was here today? 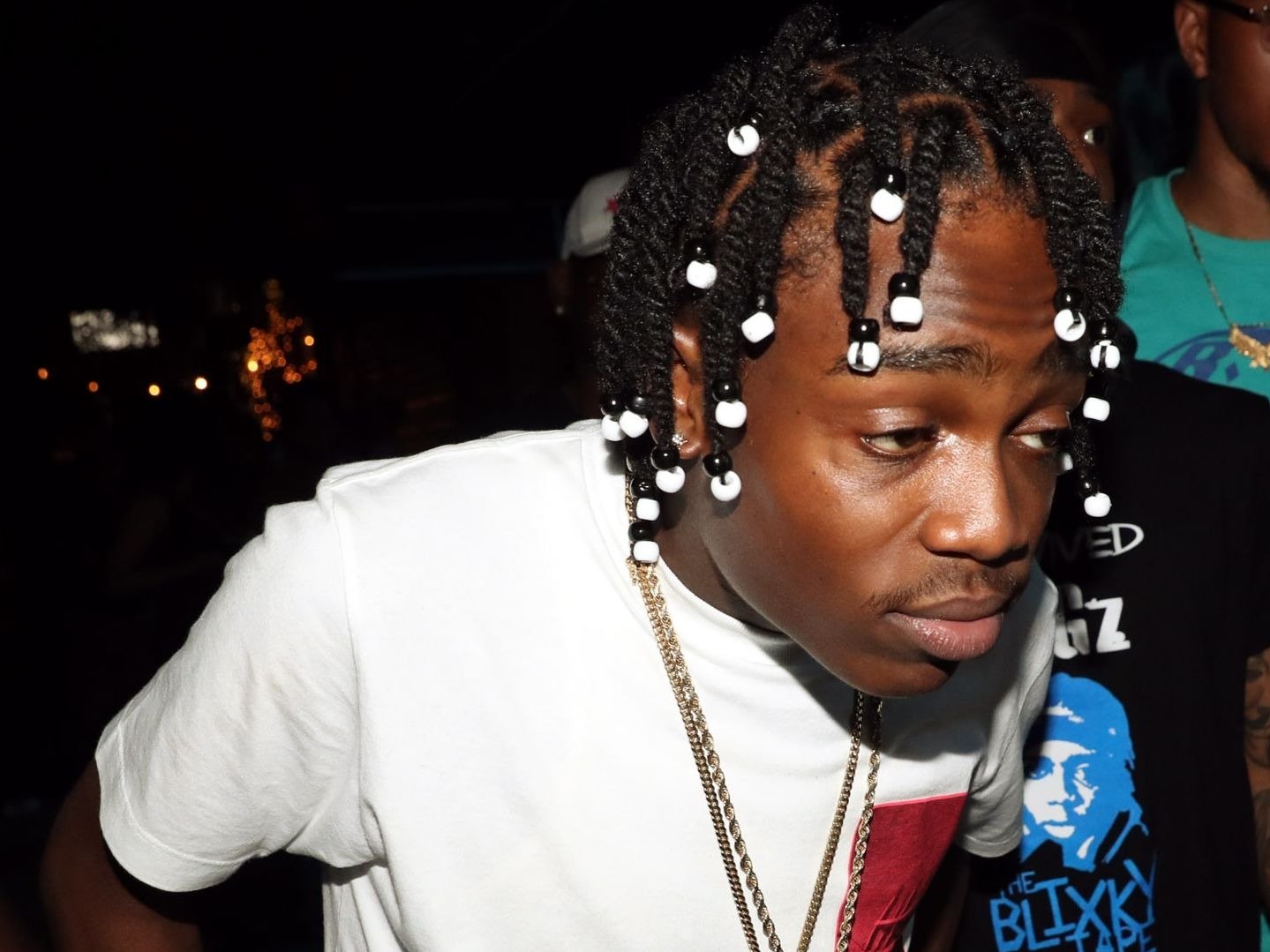 HipHopDX: 50 Cent is executive producing a posthumous album. Would you be on that project if 50 asked you to?

Smoove L: Absolutely I’d do that.

HipHopDX: Before we jump off what can fans expect from your mixtape when it drops?

Smoove L: My tape is coming soon. Boy From Brooklyn. This tape is overdue. I been supposed to drop that tape so I’m about to drop that ASAP. That shit is about to kill the street. It’s a lot of me, a mainstream sound, but real music. Any mood you’re in this project will have something that speaks to you, I swear to God. It’s definitely gonna surpass expectations. I don’t what people think is about to go down with it, but it’s gonna be better than whatever they’re thinking. I’m 100% about that. If I was a mainstream artist, somebody like Da Baby, this tape would definitely go No. 1 on Billboard charts. This is a mixtape but it could just as easily be an album. People will consider that shit an album. I’m 100 percent positive.

Follow Smoove L on Instagram @smoovel_4 and check back on Friday (May 1) for the full Boy From Brooklyn mixtape stream.