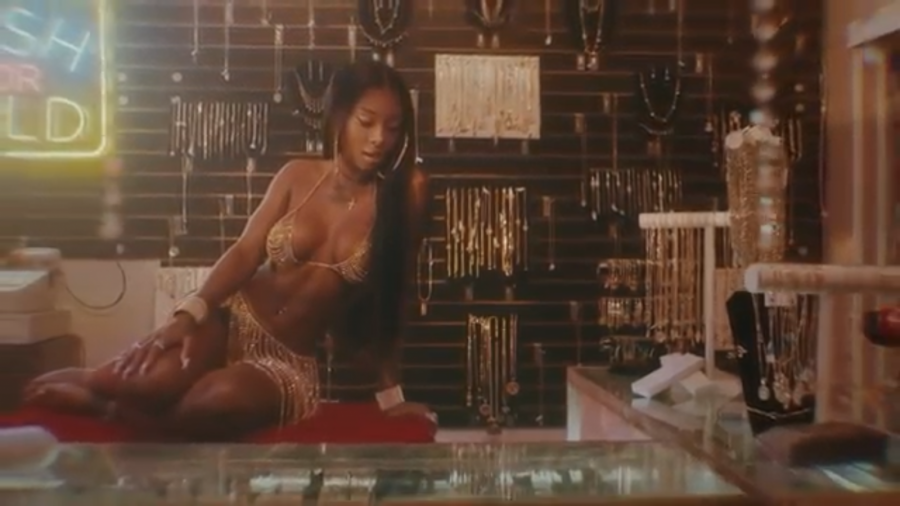 Summer Walker and Usher have joined forces in real life for the Lacey Duke directed-video of their duet, “Come Thru.”

London Da Track sampled Usher’s 1997 hit “You Make Me Wanna,” which enabled the R&B legend to hop on the updated version with ease. Upon its onset, the video chronicles the pair hanging at Decatur’s 285 Flea Mart as Walker rides off into the steamy, dark road by motorcycle.

Usher comes in with his fly moves while the “Stretch You Out” singer is sitting on the counter dripped in gold. Jermaine Dupri, who co-wrote the original version, makes a pop-up appearance vibing next to Usher in front of an old school car in the clip.

In 2019, Walkers’ Over It project had the highest streaming week for an album by a female R&B artist. Summer has received HipHopDX’s 2019 R&B Album of the Year and was also Singer of the Year.

Over It has debuted at No. 2 on the Billboard charts last fall and still remains in the Top 10.

Peep their new visual above.