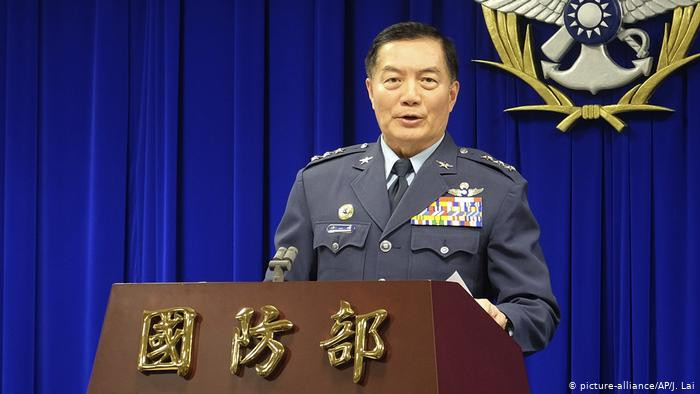 The death of General Shen Yi-ming, the Chief of General staff has been confirmed by the Taiwan’s defence ministry after a helicopter made an emergency landing in northern part of the country.

No fewer than 7 people with the country’s top general lost their lives after a UH-60M Black Hawk helicopter crashed in mountains near Taipei.

While reacting to the sad and tragic incident, Taiwan’s defence ministry spokesman, Shih Shun-wen said 62-year-old Shen and several top military officials were on a routine mission to visit soldiers in the northeast Yilan county when the sad incident occurred.

In a news conference in Taipei, the Air force commander-in-chief Hsiung Hou-chi told reporters that what caused the crash is still not known.

He said; “The search and rescue operation continues… We are investigating whether (the cause) was environmental or mechanical… the aircraft’s condition is not ideal.

“We hope everyone can be safe and we should know the results this afternoon.”

President Tsai Ing-wen’s office announced that she will cancel all campaign activities for three days after the tragedy.

The President said; “As commander-in-chief President Tsai and the cabinet team will focus on the rescue operations as well as clarifying the cause of the incident.”