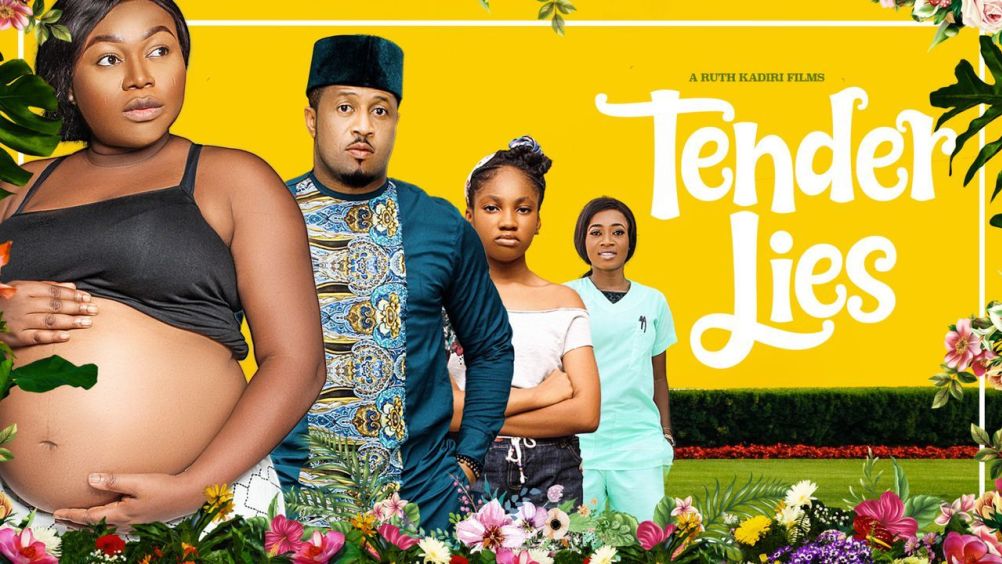 Let’s get a few things straight right away, Tender Lies the movie is incredibly cute and incredibly endearing. It has a surplus of ‘aww’ moments even if you could see them all coming from a mile away. It’s a heartwarming feel good film that will win any day with many of the typical nollywood audience. Now that that’s out of the way, let’s reeeaaalllyy talk about the movie.

In Tender Lies, a pregnant woman is desperate for a job so when a great opportunity as a nanny comes by, she decides to hide her pregnancy from her new employer and his difficult child. If you have seen Displaced starring Blossom Chukwujekwu and Lota Chukwu – and even if you have not – then you probably already know how this one ends. It’s quite obvious that there will be a lot of love in the air before the end credits roll on. My major gripe is with how quickly many of these things occur in the film.

If you step away from it a bit, it becomes quite obvious how formulaic and arguably lazy the writing in Tender Lies is. Somethings are a given: decent performances, a hate to love story, a single man and a single woman and you will have the audience glued for a considerable amount of time. However, the writer doesn’t really put in much effort to flesh things out or to create believable scenarios for the switches that happen. For instance, Didi (who by the way is possibly one of the best nollywood child actors we’ve seen in a while) simply walks into the kitchen one day when Blessing is cutting tomatoes and onions, mentions that her mother taught her to cut tomatoes and onions, starts crying and then all of a sudden they are friends. This would be fine and believable for any average child but this child had proven herself to be anything but average through the duration of the film and all of a sudden this is all it takes for her to go from cruel to kind? Please try harder. And if that’s not the epitome of ‘difficult to believe’, then wait until you see the succession of events that occur before Blessing and Oga turn lovers. Did I give the film away? I think not, did you actually look at the poster and think it would end any differently?

The high point of this movie really is the discovery that is Angel Onyi Unigwe. She is the young girl who plays Didi in this movie and even though she has a way to go in emoting in the critical moments, in the other scenes that required her sternness and harshness, she brought it as if this is who she is in real life. Dear Mr/Mrs Unigwe, is this who she is in real life? Ruth Kadiri and Mike Ezuruonye also do a fair enough job in their roles to keep you engaged.

There are a few other production bits of this movie, asides from the writing, that scream audience manipulation and production laziness: like the lack of correlation between the strokes Didi makes on the violin versus the violin piece that is actually being played, the over-reliance on the music to scale the emotion of the movie when the acting and the dialogue really should do the trick. In all fairness, Tender Lies is a sweet and cute movie as long as you don’t think too much about it – but kudos to Ruth for doing all this while being actually pregnant.