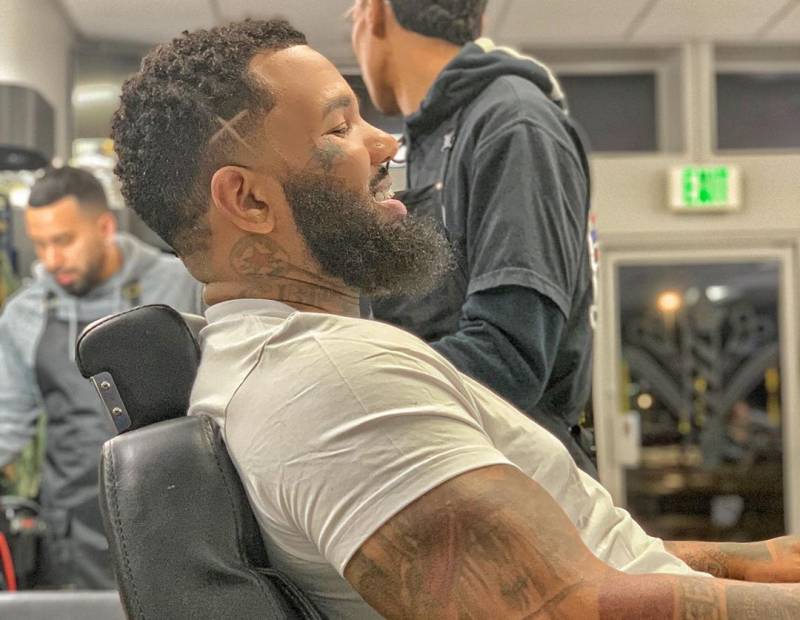 The Game will be letting his fans get a chance to look like him on Instagram with a brand new face tattoo filter.

On Instagram, The Game posted a pair of videos showing women using the brand new filter that people can use when they want to feel like the Compton star. “The boy got his own IG filter…… CLICK THE LINK in my bio & go braaaazzzzyyyyy !!!!,” he writes in one post while spreading some holiday cheer notifying his filter has been making waves across the social networking app in another.

The filter comes with three of the Game’s facial tattoos which include the red star with the Los Angeles Dodgers logo tattoo cover-up he got in 2008, the teardrop, and his “Prolific” tattoo that he got as a tribute to the late Nipsey Hussle.

The Game has hit some controversy for his tributes to Nipsey. Last April, The Game got two new pieces of ink in honor of the slain star. The first one being a portrait of Nipsey across his chest with emboldened with the words “Crenshaw” written at the bottom and the second, being the same “Prolific” tattoo that Nip had on the side of his face. Fans on Twitter claimed The Game was trying to make a profit when the tribute continued with a merchandise line and the announcement of his new label Prolific Records.

In October, The Game explained in an Instagram story he received blessings from Blacc Sam, Nip’s brother, and was carrying the legacy of his friend not making money off him. “I’ve spoken closely to ‘Blacc Sam’ every step of the way & have had his blessing with things I’ve done to help honor bro’s name & continue his legacy. I’ve only done things I feel bro would’ve done to keep me going if I was no longer here in the physical. Before assuming, passing judgment, or running to the internet to be negative, DM me or hit me,” he wrote.