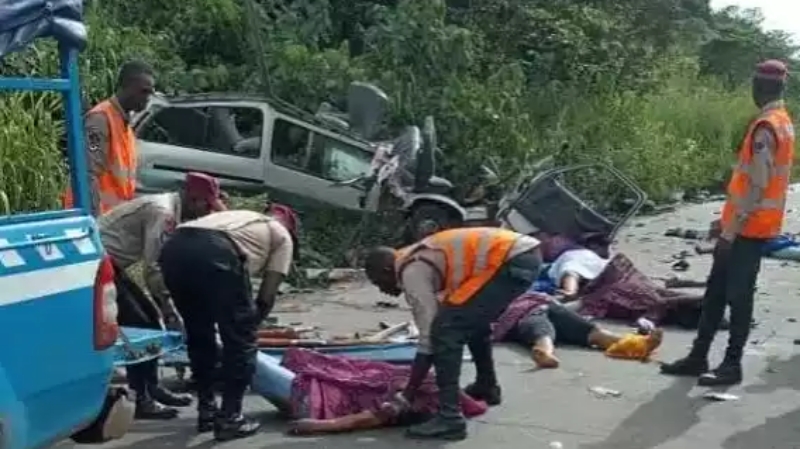 No fewer than three people have lost their lives and three others severely injured in a road accident around Lufuape near AP Turning point on Lagos-Ibadan Expressway on Saturday, December 28th.

The tragic incident has been confirmed by the Ogun State Command of the Federal Road Safety Corps (FRSC).

In a statement credited to the Ogun Sector Commander of FRSC in Ota, Ogun state, Clement Oladele disclosed that the lone accident happened at about 3.47 p.m. on Friday.

While explaining the tragic incident, Oladele added that a Toyota Hummer bus, with registration number KSF 272 XM, lost control due to speeding and rammed into road divider of the construction area.

“The corpse of the victims have been deposited at the morgue, Idera Hospital, Sagamu while the survivors are also receiving treatment at the same hospital,” he said.