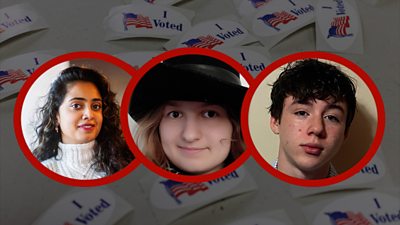 While the US is seeing record early voting figures for next week’s election, you may be surprised that it trails other developed countries when it comes to voter turnout.

Historically, turnout in the US has hovered around 50% since the 1970s. The turnouts at the last general elections in India and France both beat that.

Young people from these three nations tell us about their experiences of learning to vote, and whether it’s stressed to them as a civic duty.