US rap star, Cardi B, has condemned the killing of Iran commander, Qassem Soleimani.

On Friday, a US airstrike killed Revolutionary Guard General, Soleimani, who is head of the elite Quds Force, at Baghdad International Airport.

The strike also killed Abu Mahdi al-Muhandis, the deputy commander of the Iran-backed militia, Popular Mobilization Forces, which recently stormed the US embassy in Baghdad.

In her reaction, Carbi B said President Donald Trump has put the lives of his citizens in danger.

She tweeted: “It’s sad this man is putting Americans lives in danger. Dumbest move (by) Trump did till date. I’m filing for my Nigerian citizenship.”

Meanwhile, the UN says another world war was possible if leaders failed to exercise restraint.

The world body, in a terse statement, on Friday said: “Secretary-General, Antonio Guterres, has consistently advocated for de-escalation in the Gulf.

He is deeply concerned with the recent escalation.

“This is a moment in which leaders must exercise maximum restraint. The world cannot afford another war in the Gulf.”

US Secretary of State Mike Pompeo, in his explanation, said President Trump ordered the take out of Soleimani to protect Americans.

Pompeo stated that the action was to disrupt an “imminent attack” that could have cost American lives in the Middle East region. 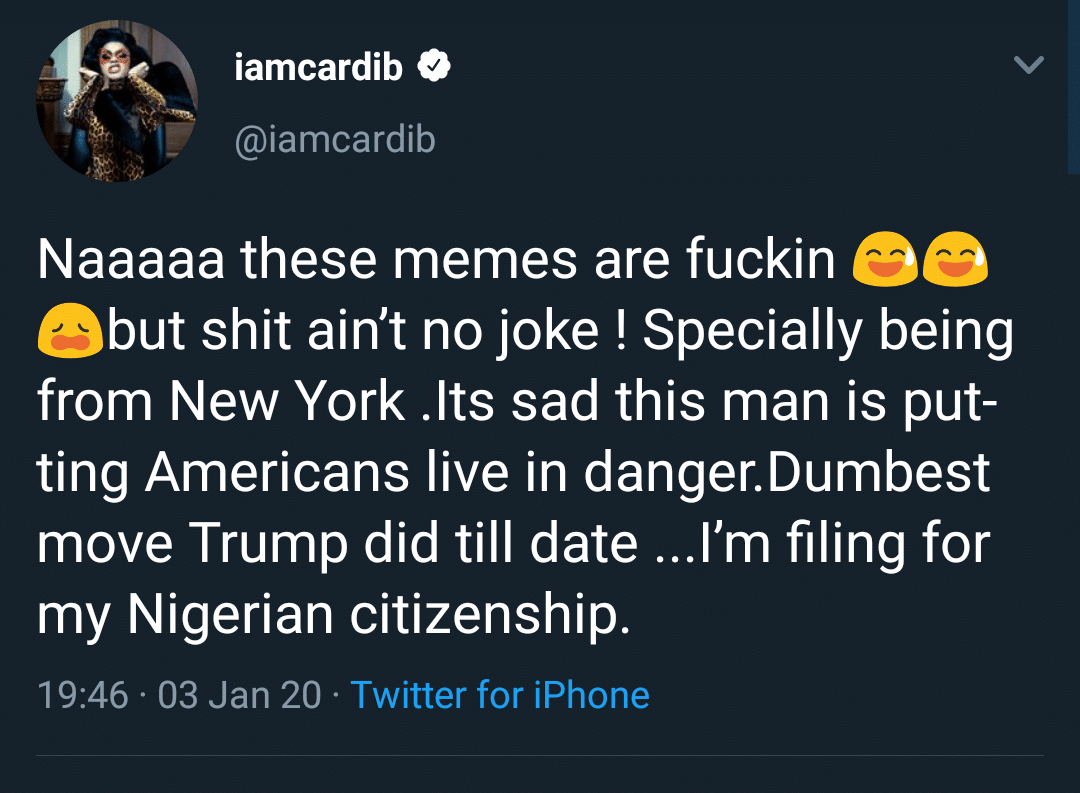