Hours after video of former Governor of Ekiti state, Ayodele Fayose dancing with a white woman went viral, the Special Adviser to the President on Social media, Lauretta Onochie has reacted to the video.

Recall that the former Governor of Ekiti state was granted permission to travel out for an emergency medical treatment in December 2019, amid his trial for an alleged N2.2bn fraud.

While reacting to the video, Lauretta Onochie stated that the Ekiti-born politician and former Governor of Ekiti state is healed and might not be seen on stretchers during his next court appearance or on his way to jail.

According to Onochie tweets;

“Its a miracle! Peter is healed! Praise The Lord! Doctors can work wonders sha. Ayodele Fayose On Medical Dancing therapy. This means he’s no longer in severe pain and we won’t be seeing him on stretchers during his next court appearance or on his way to jail. Thank you Doctors 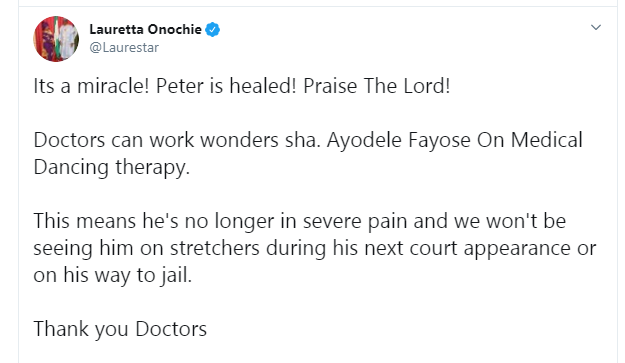 WATCH THE VIDEO OF THE DANCE: 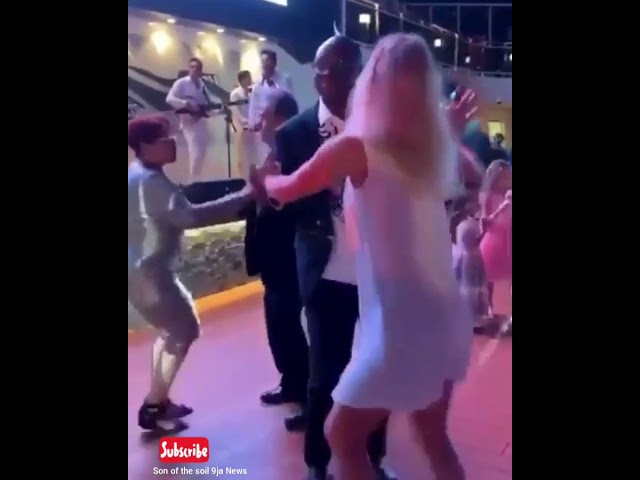