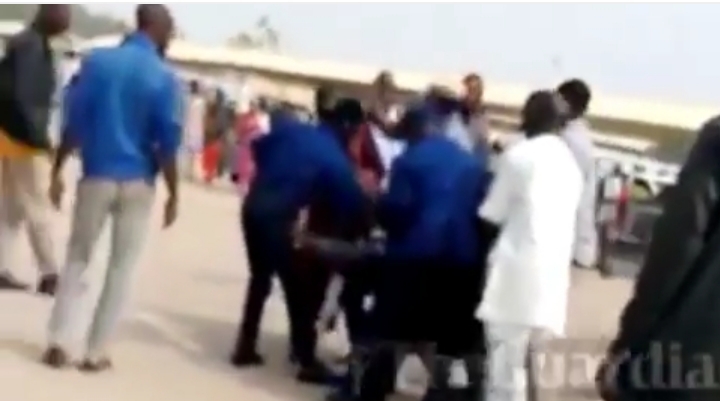 Security officials of FAAN have reportedly seized the official car of Mohammad Harun Ibn Sina, the Director-General of Kano Hisbah Board also known as Sharia Police on Monday, January 6 at the Mallam Aminu Kano International Airport in Kano.

WITHIN NIGERIA learnt that security officials of the Federal Airport Authority of Nigeria (FAAN) also detained two Sharia Police officials as a result of heated confrontation over illegal parking of the DG’s official vehicle.

Eyewitnesses said the Sharia Officials were first instructed by the FAAN officials to relocate their vehicle to a location within the airport where parked vehicles attracted charges as they await the arrival of Sina’s flight, but they allegedly refused.

It was further gathered that the officials’ refusal led to a physical confrontation.