This incident occurred some minutes after Zulum left the community that was attacked by Boko Haram insurgents on Saturday and on his way to Jakana ran into a long queue of vehicles at one of the checkpoints.

The visibly angry governor of Borno state alighted from his vehicle and walked straight to where some of the soldiers were after he had been supposedly updated by his people that the security operatives were extorting people.

“I’m going to report all of you in this unit… nobody can tolerate this. Boko Haram is attacking people and you are here collecting N1000 per car,” he said.

Inside the video, the Governor can be seen condemning the ugly act but one of the soldiers said, “he would look into the case” probably to calm the Governor but Zulum fired back at him saying; “But we saw them”.

WATCH THE VIDEO OF THE INCIDENT BELOW: 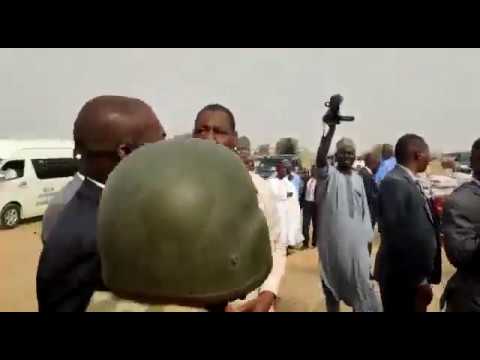