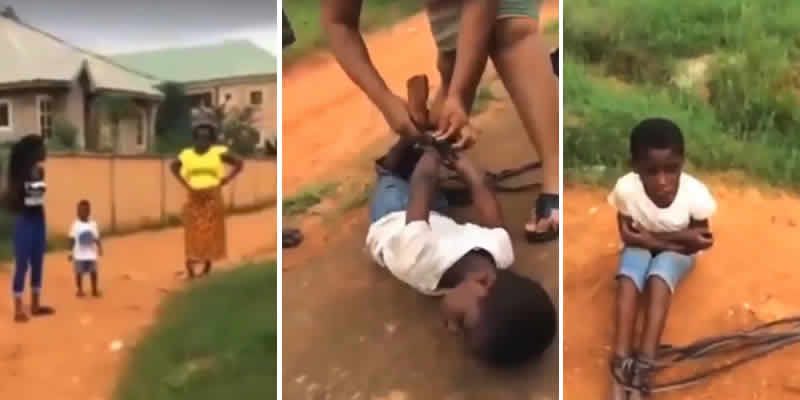 Neighbors who were aware of a little girl’s ordeal in the hands of her wicked mother were forced to rescue the dehumanized child when her suffering hits the peak in a community in Awka, Anambra State.

Rescue came for the girl who was only identified as Favor when passers-by and neighbors heard her crying for help. Her rescuers were shocked to see the inhuman condition her mother left her, she left her in such condition to serve as punishment and the neighbors were more troubled when they discovered that the mother went out immediately and left her behind to suffer.

The wicked mother pulled the daughter’s hands to the back, tied the two hands together with the two legs and made her lie down on floor with her chest, with the tied hands and legs facing up.

According to neighbors, this is not the first time the child is being brutalized, punished and subjected to inhumane conditions. They also revealed that the State’s Child Welfare are aware and the mother confidently told the Welfare Team that she does not love her daughter.

The State Child Welfare were also accused of not rescuing the girl because they asked the mother to bring her family members before they can take over the case. 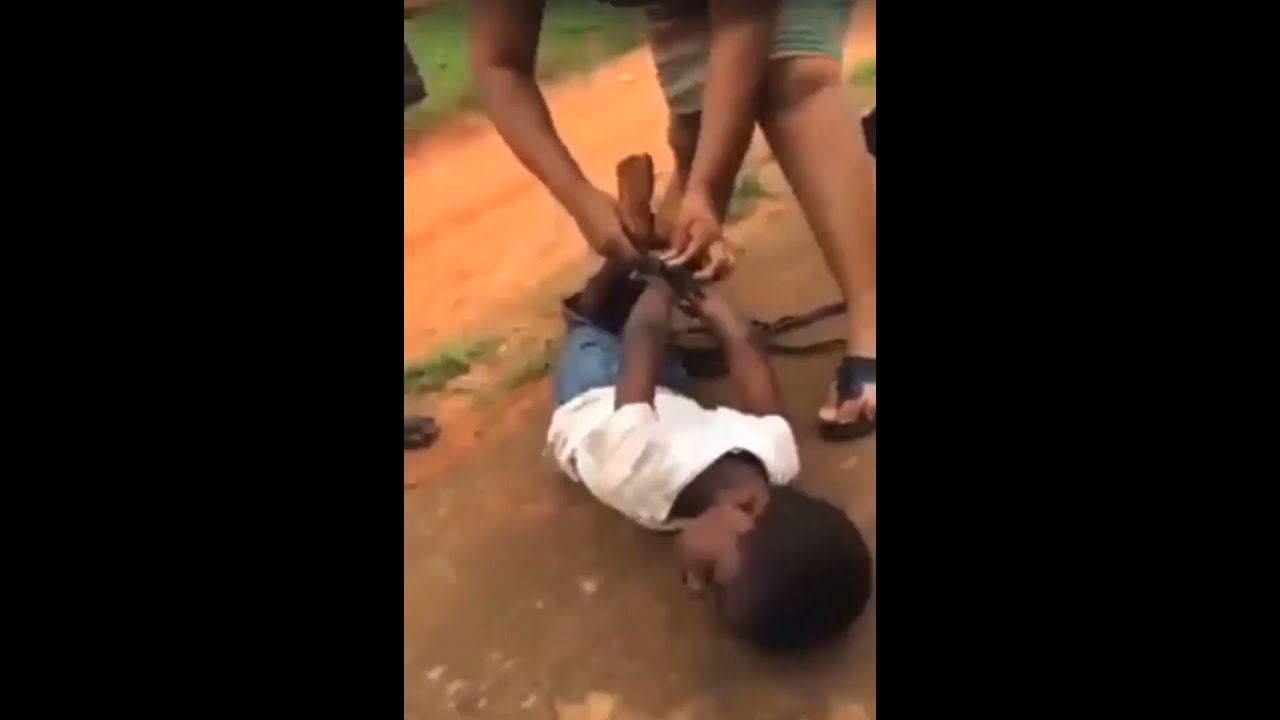