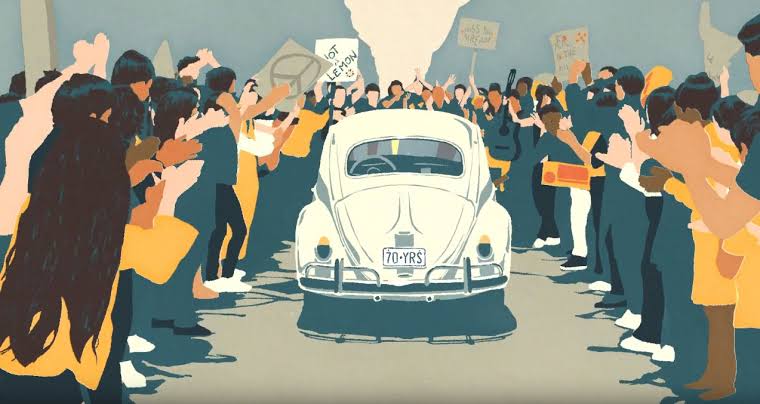 If you were born anytime in the past century, the iconic car, Volkswagen Beetle, will definitely not be new to you.

Back in the days, the big-wigs in the society would always cruise the town with this iconic car tagged “tortoise”.

In 2019, Volkswagen announced that it will stop the production of its Beetle car.

To celebrate a life well-lived for the Beetle, Volkswagen released a short animation telling the story of this charming car and the cultural impact it has had on the world and to individuals.

Join Volkswagen to a say a final goodbye to the Beetle with this amazing video below:

The Volkswagen Beetle has ceased production, after 70 years! Volkswagen did this video to say goodbye to the car. 😭 pic.twitter.com/xyL2cNmTcI