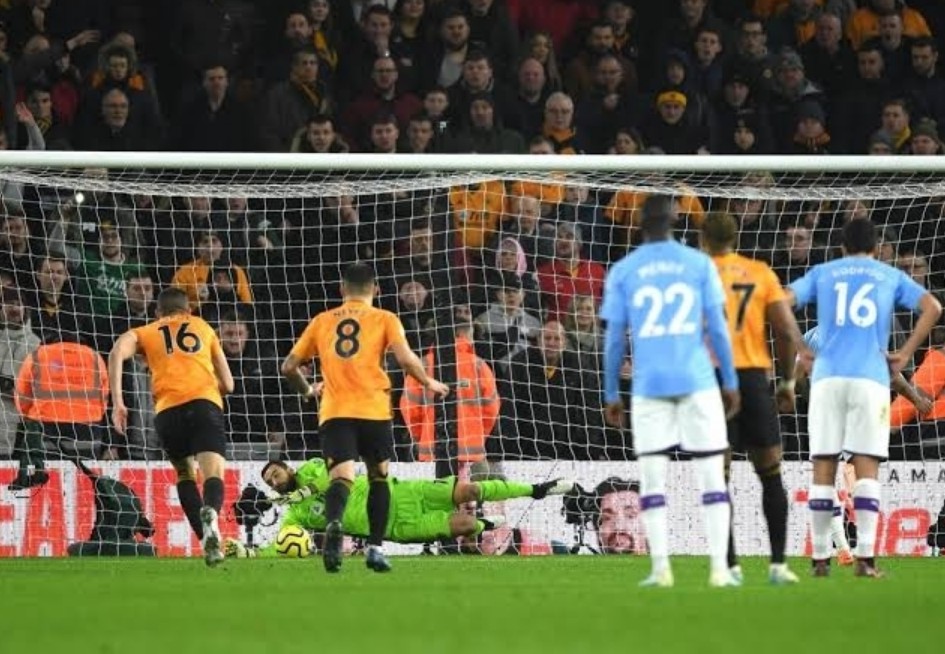 Manchester City were on Friday defeated by Wolverhampton Wanderers in a match that saw goalkeeper, Enderson Santa de Morres sent off in the 12th minute.

It was a dramatic comeback on Friday night as Wolverhampton Wanderers shocked Manchester City by winning 3-2 at Molineux Stadium.

Raheem Sterling 25′ goal set Guardiola’s side on the path of 3 points. Another goal from Sterling in the 50th minute put the mind of the visitor (Man City) at rest until the game took a new turn.

Wolves came from 2-0 behind to win the game.

Adame Traore 55th minutes sparked the hope of the host as Raul Jimenez 82′ goal sealed the equaliser while Malt Doherty put the finishing to help the side claim the three-point in front of their happy fan.