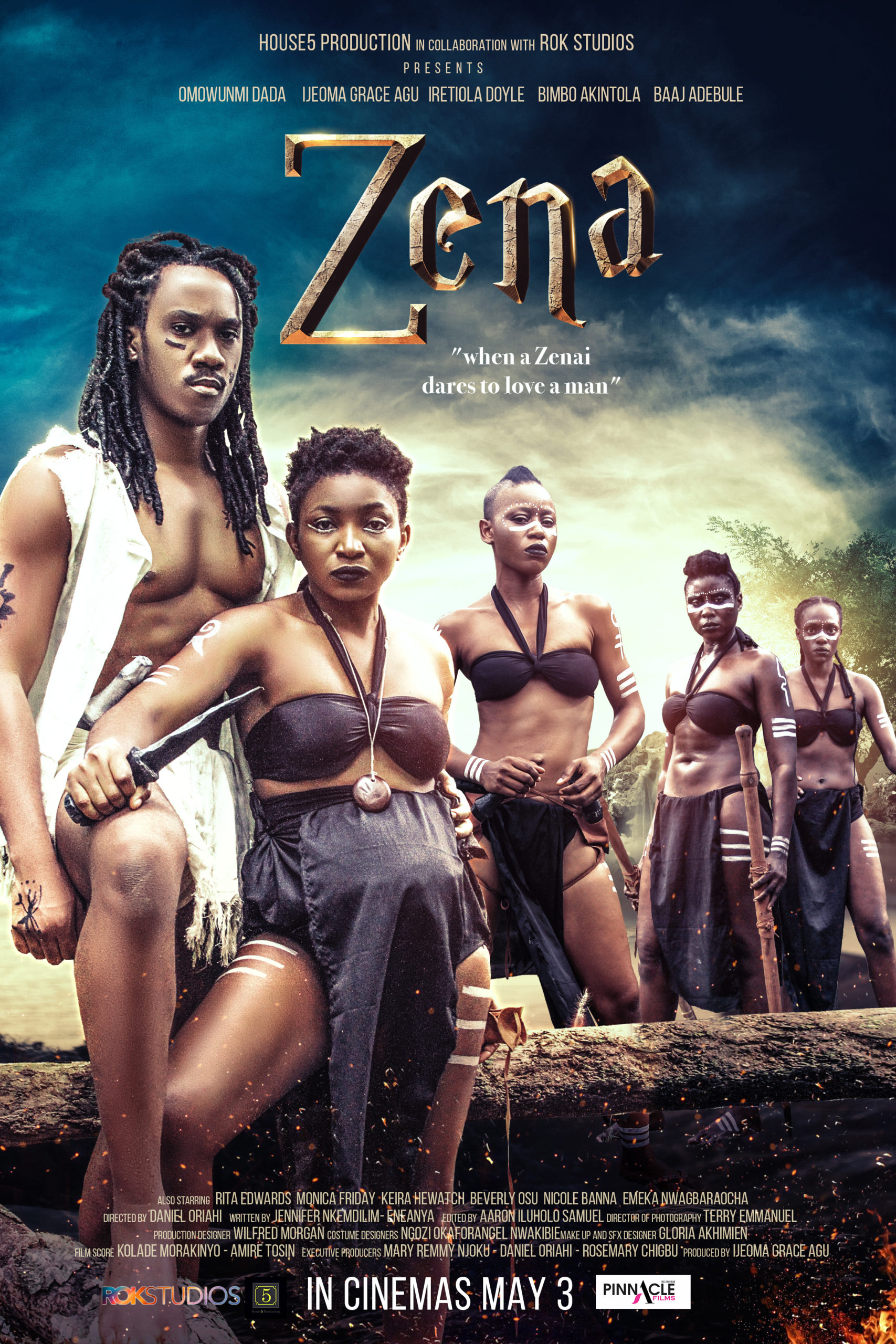 Zena is like the first prize project of a third grade class that decides to compete with the work of university level students. It’s best in class but only in its own class. It’s an ambitious project that gets stifled by the usual culprits – budget, production and consistency.

The film Zena is about the Zenari people who are a women only clan. They are feared by those around them and they increase their numbers by procreating only once in their lifetime when each woman is about twenty years old. But then there is Mahila. Mahila, played by Omowunmi Dada, falls for the man that’s only supposed to give her ‘seed’, and as such she begins a journey that unravels many lies that she had grown up to believe.

It’s a bold concept with the propensity to have become much more than what it panned out to be, save for a few handicaps. The biggest handicap of this movie was its failed attempt at world building. Granted many of the women in the movie looked the part, the costumes were consistent and to an extent the sets were believable. However, it seemed like there were only a total of ten people in the entire village and it’s hard to convince of the might of a clan if there’s no one in the clan. Then there were the ridiculously inconsistent accents that did not just waver from person to person but also fluctuated on and off within the same person from scene to scene.

The struggle the film has with selling this world to the audience makes it all come off a bit carricaturish. And this is most evident towards the end as we near the pivotal scenes and then even a Baaj, that seemed suave and made for his role in the beginning, begins to come off as a confused joke of a man from a village with only two other men and one woman. Keira Hewatch does her absolute best to come off as brute and strong but the tone of the movie makes her seem out of place and confused. When Ireti’s character dances, you might catch yourself wondering what song she is singing to herself as she sways violently across the screen. All in all, all the efforts of the movie don’t surpass being an ‘effort’ because of this failure to covince of this world.

Having said that, the movie is still a laudable effort if not for anything then for the originality of the storyline. One can argue that there are a few angles to this ‘woman only clan’ that the writer doesn’t explore – such as the possibility of homosexuality etc – but that almost feels like asking for too much. Let’s just get the accent right first.